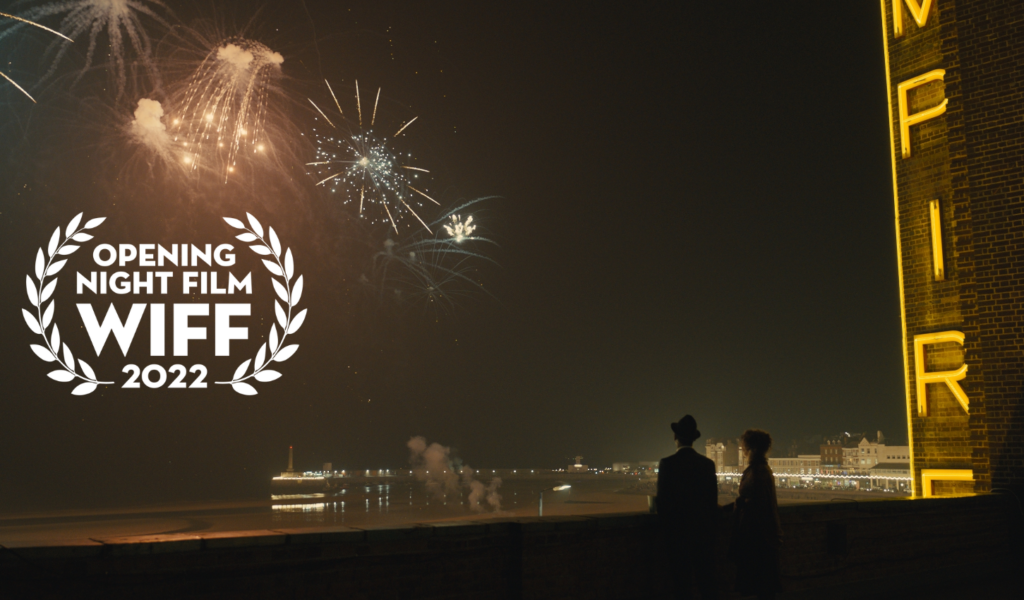 The Windsor International Film Festival (WIFF) is thrilled to reveal that Empire of Light will be presented as the Opening Night Film of WIFF 2022. Directed by Oscar-Winner Sam Mendes (American Beauty; Skyfall), this story is about the love of movies stars Oscar-Winners Olivia Colman and Colin Firth.

The 2022 selection for Women of WIFF, programming that highlights important films by and about women, is Buffy Sainte-Marie: Carry It On. Directed by Madison Thomas, this is an inspiring documentary about the life, music, and activism of legendary Indigenous singer-songwriter Buffy Sainte-Marie.

WIFF will be closing the 11-day festival with a screening of Maïmouna Doucouré’s Hawa, a heartwarming coming-of-age film about finding family and finding yourself.

“We are very much looking forward to returning to our home in Downtown Windsor this Fall with a large slate of exceptional films to share with our audience,” said Vincent Georgie, Executive Director and Chief Programmer for WIFF. “We are bringing some of the biggest films of 2022, and that is only the beginning. Today we are sharing seven major, high-profile films. Add these to your watchlist.”

The full festival lineup will be revealed on Thursday, October 6, with tickets going on sale the same day.

The Empire is the kind of movie house you don’t see too often anymore, framed by bright lights and a beautiful marquee, graciously inviting all into its red-velvet seats. Hilary (Olivia Colman) serves at the front of house, opening the theatre every morning and overseeing a brimming concession stand. Meanwhile, her manager (Colin Firth) calls her into his office from time to time for illicit favours. It’s a gloomy routine that Hilary grudgingly repeats, but all her co-workers recognize that she’s been a lot quieter since returning to the job after a long absence.

When Stephen (Micheal Ward) arrives as an eager new employee, the two form a quick, if outwardly unlikely, connection. Hilary hides a troubled past, struggling to manage her mental health, while Stephen, a young Black man, grapples with the racism rampant in 1980s Britain. Both wounded by aggressions outside their control, they find an escape and safe harbour in one another — but their relationship, like the Empire cinema itself, cannot last forever.

Hawa is a tale about a soon-to-be-orphaned adolescent seeking an audience with the icon she’s chosen to be her adoptive mother.

A 15-year-old girl with a beautiful blond afro, Coke-bottle glasses, and an innate disregard for social niceties, Hawa (Sania Halifa) is not your typical Parisian teen. Maminata (Oumou Sangaré), her beloved grandmother and sole guardian, is terminally ill, hasn’t long to live, and has yet to secure a new family for her granddaughter. Luckily, Hawa has come up with a perfect solution to their problem. Michelle Obama is visiting Paris and has stated publicly that she misses her daughters, who are now adults and have moved out. Clearly, Obama should adopt Hawa. Hawa simply needs to let her know.

Over the course of Hawa, our fearless heroine ambushes entourages and security details in a concert hall, an embassy, a hospital, and an airport. Hawa befriends unexpected celebrities along the way who recognize a fierce spirit in this scooter-riding stalker. But Hawa only has eyes for Obama.

Buffy Sainte-Marie: Carry It On directed by Madison Thomas

The life, music, and activism of legendary Indigenous singer-songwriter Buffy Sainte-Marie are explored in this documentary which is as captivating as its subject, who smashed through barriers to become an inspiration to fans and fellow musicians alike.

A self-taught musician with a unique sense of phrasing and skilful songwriting, Sainte-Marie quickly became established in the 1960s folk-music mecca of Greenwich Village. Bob Dylan and fellow Canadians Robbie Robertson and Joni Mitchell counted themselves as fans. Sainte-Marie’s first hit, “Universal Soldier” — a hard-hitting indictment of those who blindly follow orders — became an international smash for her. She was the first Indigenous person to win an Oscar for songwriting.

This well-researched film divulges many lesser-known details of Sainte-Marie’s life, and brings together a fine collection of subjects whose love and admiration are palpable — most notably Joni Mitchell, who beams with affection when she talks about her. Buffy Sainte-Marie: Carry It On is a much-needed, inspiring biography of one of our most revered and courageous artists.

Celebrity model couple Carl (Harris Dickinson) and Yaya (Charlbi Dean) are invited on a luxury cruise for the uber-rich, helmed by an unhinged boat captain (Woody Harrelson). It is a ship of self-destructive fools who believe themselves invincible due to their money and power. The captain leads as privileged and wasted life as his passengers, yet espouses, ad nauseum, the virtues of Marxism. What first appeared Instagrammable ends catastrophically, leaving the survivors stranded on a desert island and fighting for survival.

A troubling, gleefully misanthropic social satire, Triangle of Sadness will spark endless debate — and no doubt wreak havoc on the cruise industry.

Based on the horrific true story of serial killer Saeed Hanaei, acclaimed writer-director Ali Abbasi unveils a gripping crime thriller and a daring indictment of a society in which rough justice is routinely a fact of life.

In the light of day, Saeed is a worker, doting family man, veteran of the Iran–Iraq War and a devout Shia Muslim. He appears to live simply with his wife Fatima and two children in the exalted northeastern city of Mashhad, known as the spiritual capital of Iran. But by night, Saeed cruises his hometown’s seedy alleyways by motorcycle on a “holy” crusade to cleanse his nation of immorality. As part of his quest, he lures unwitting sex workers to their deaths and dumps their bodies, acts that come to feed a growing media frenzy. With no end in sight to the slayings, a Tehran-based journalist, Rahimi, arrives on the scene, determined to uncover the killer’s identity. Soon, a dangerous cat-and-mouse game is underway.

Winner of the Grand Jury Prize at Cannes, Close tells the story of Rémi and Léo who are inseparable, hanging out and playing together all the time: physical, tactile, joyful and innocent, but certainly far more intense than most 13-year-old friends. Léo is especially close to Rémi’s mum and is physically at ease with her. Schoolmates suddenly become aware of the intensity of their friendship. Girls – who are perhaps honest, or perhaps malicious – ask Léo if he and Rémi are a couple.

Soon the boys are starting to make mean remarks to Léo, who is angry, scared and humiliated. He withdraws from Rémi, blanks him in the playground, and goes in for macho ice hockey. Rémi is deeply baffled and wounded; Léo can hardly bear Rémi’s mute and then not-mute reproach, as well as his own fickle dishonesty.

For Rémi, Léo’s sudden decision to break up with him is a violent, unspeakably painful rupture that Rémi does not have the language to explain to himself.

So-young climbs the stairs leading to a small church where she plans to drop off her newborn. It’s the Busan Family Church, home to one of the many “baby boxes” disseminated across the nation. She is going to leave her little Woo-sung there, abandoning him in complete anonymity, with the faint promise of coming back for him someday.

Shrouded in rainy darkness, detective Ji-Sun and her colleague are monitoring the baby box hoping to find some leads to crack down on illegal child trafficking. At the receiving end of the box, two men follow what appears to be their normal routine. They check that no one is around, delete the surveillance video and steal Woo-sung. They are brokers, ready to put the baby up for sale to their network of wealthy wannabe parents. But something totally unexpected sends their plans off on a different path. This beautifully crafted film, directed by Hirokazu Koreeda, is filled with moments of wonder and powerful emotion.