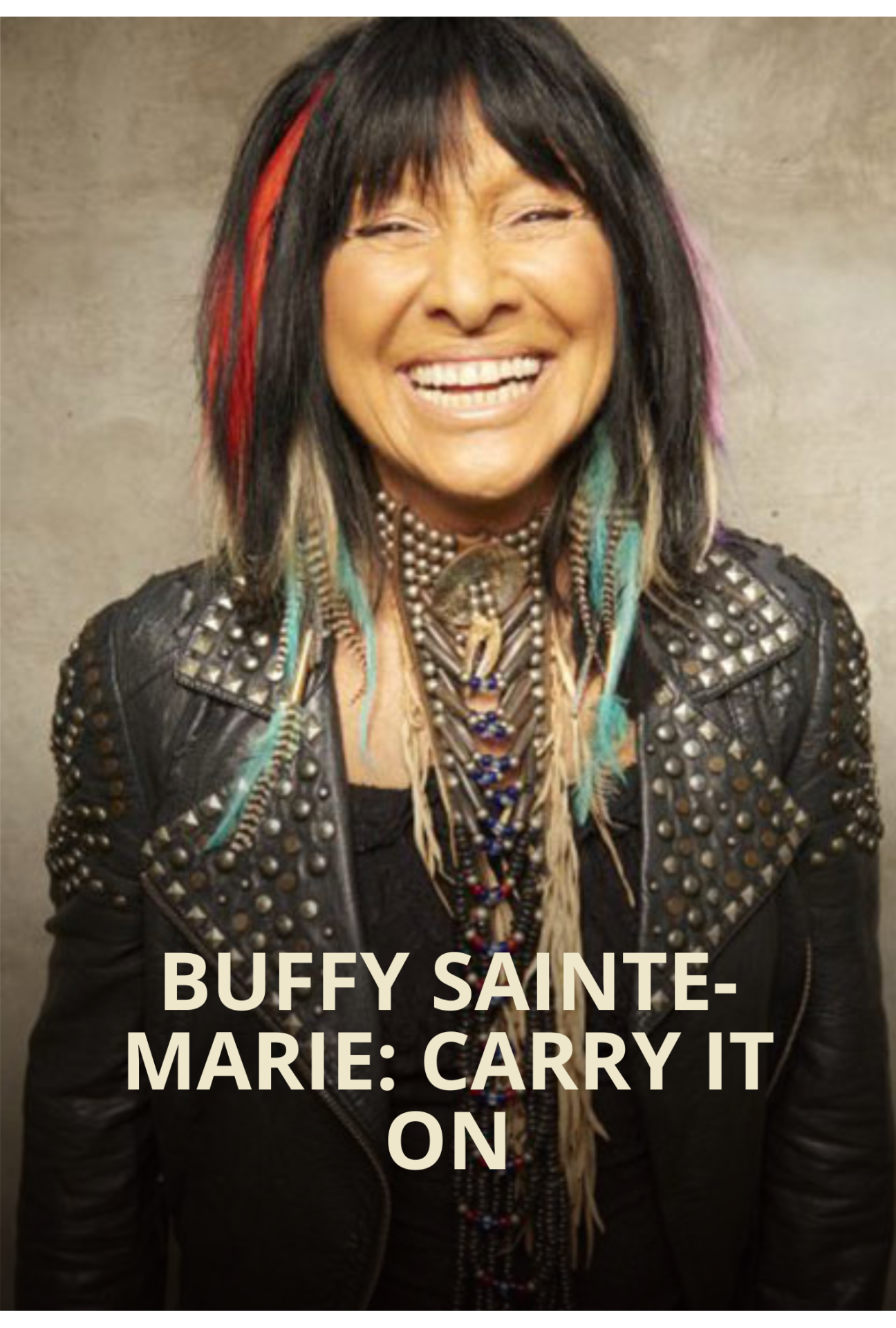 BUFFY SAINTE-MARIE: CARRY IT ON

Women of WIFF Donor $100, and includes a reception after the film and a commemorative pin. For online purchases, prior to entering the reception, you must show an online ticket confirmation that has a value of $100.
Film Only - $16 Adult | $10.25 Students

Directed by Madison Thomas, Buffy Sainte-Marie: Carry It On documents the life, music and activism of the legendary Indigenous singer-songwriter Buffy Sainte-Marie.A documentary that is as captivating as its subject, who smashed through barriers to become an inspiration to fans and fellow musicians alike.

Women of WIFF
Important films by and about women.

The screening will be followed by a Q&A with special guests.

Along with UWindsor Office of the President, Women of WIFF is generously supported by local individuals who have made contributions to help WIFF continue to ensure women’s voices are heard and their stories shared.

Other notable films in this series for WIFF 2022

The life, music, and activism of legendary Indigenous singer-songwriter Buffy Sainte-Marie are explored in this documentary that is as captivating as its subject, who smashed through barriers to become an inspiration to fans and fellow musicians alike.
A self-taught musician with a unique sense of phrasing and skilful songwriting, Sainte-Marie quickly became established in the 1960s folk-music mecca of Greenwich Village. Bob Dylan and fellow Canadians Robbie Robertson and Joni Mitchell counted themselves as fans. Sainte-Marie’s first hit, “Universal Soldier”—a hard-hitting indictment of those who blindly follow orders—became an international smash for her. She was the first Indigenous person to win an Oscar for songwriting.
This well-researched film divulges many lesser-known details of Sainte-Marie’s life, and brings together a fine collection of subjects whose love and admiration is palpable—most notably Joni Mitchell, who beams with affection when she talks about her. Buffy Sainte-Marie: Carry It On is a much-needed, inspiring biography of one of our most revered and courageous artists.