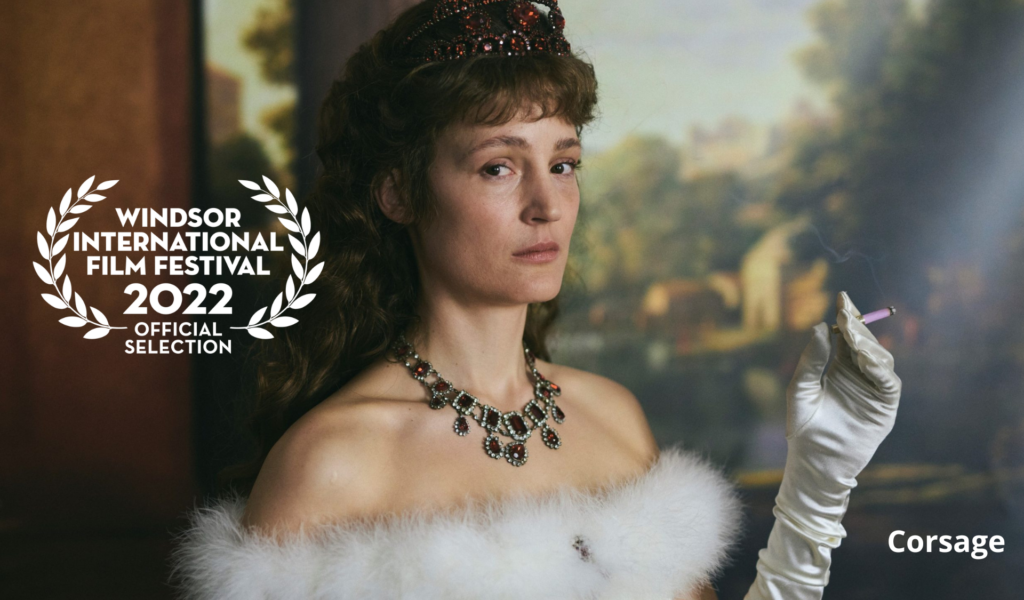 Take it from Vincent: 10 Must-See Films

We have a lot of great films to choose from this year, and sometimes it can be hard to decide which to see! In…

We have a lot of great films to choose from this year, and sometimes it can be hard to decide which to see! In an effort to help you create your WIFF 2022 schedule, we asked Executive Director and Chief Programmer Vincent Georgie what his 10 must-see films are for this year’s Festival.

Winner of the Grand Jury Prize at Cannes, Close tells the story of Rémi and Léo who are inseparable, hanging out and playing together all the time—physical, tactile, joyful and innocent, but certainly far more intense than most 13-year-old friends. Léo is especially close to Rémi’s mum and is physically at ease with her. Schoolmates suddenly become aware of the intensity of their friendship. Girls—who are perhaps honest, or perhaps malicious—ask Léo if he and Rémi are a couple.
Soon the boys are starting to make mean remarks to Léo, who is angry, scared and humiliated. He withdraws from Rémi, blanks him in the playground and goes in for macho ice hockey. Rémi is deeply baffled and wounded; Léo can hardly bear Rémi’s mute and then not-mute reproach, as well as his own fickle dishonesty.
For Rémi, Léo’s sudden decision to break up with him is a violent, unspeakably painful rupture that Rémi does not have the language to explain to himself.

Empress Elizabeth of Austria is idolized for her beauty and renowned for inspiring fashion trends. But in 1877, ‘Sissi’ celebrated her 40th birthday and must fight to maintain her public image by lacing her corset tighter and tighter. While Elizabeth’s role has been reduced against her wishes to purely performative, her hunger for knowledge and zest for life makes her more and more restless in Vienna. She travels to England and Bavaria, visiting former lovers and old friends, seeking the excitement and purpose of her youth. With a future of strictly ceremonial duties laid out in front of her, Elizabeth rebels against the hyperbolized image of herself and comes up with a plan to protect her legacy.

Based on the horrific true story of serial killer Saeed Hanaei, acclaimed writer-director Ali Abbasi unveils a gripping crime thriller and a daring indictment of a society in which rough justice is routinely a fact of life.
In the light of day, Saeed is a worker, doting family man, veteran of the Iran–Iraq War and a devout Shia Muslim. He appears to live simply with his wife Fatima and two children in the exalted northeastern city of Mashhad, known as the spiritual capital of Iran. But by night, Saeed cruises his hometown’s seedy alleyways by motorcycle on a “holy” crusade to cleanse his nation of immorality. As part of his quest, he lures unwitting sex workers to their deaths and dumps their bodies, acts that come to feed a growing media frenzy. With no end in sight to the slayings, a Tehran-based journalist, Rahimi, arrives on the scene, determined to uncover the killer’s identity. Soon, a dangerous cat-and-mouse-game is underway.

Set during a period of peak tensions between North and South Korea in the 1980s, Squid Game star Lee Jung-jae’s directorial debut is an electrifying espionage thriller.
After a high-ranking North Korean official requests asylum, KCIA Foreign Unit chief Park Pyong-ho and Domestic Unit chief Kim Jung-do are tasked with uncovering a North Korean spy, known as Donglim, who is deeply embedded within their agency.
When the spy begins leaking top secret intel that could jeopardize national security,
the two units are each assigned to investigate each other. In this tense situation where if they cannot find the mole, they may be accused themselves, Pyong-ho and Jung-do slowly start to uncover the truth. In the end, they must deal with an unthinkable plot to assassinate the South Korean president. Then begins a terrible race against time. The situation of the two Koreas is on the verge of implosion and the two agents, during their investigation, will unearth heavy secrets that threaten to overturn the history of the country.

James Norton plays John, a thirty-five-year-old Belfast window cleaner who has dedicated his life to bringing up his son, Michael, after the child’s mother left them soon after giving birth. Their life is a simple one, made up of universal daily rituals, a life of complete dedication and innocent love that reveals the strength of their relationship. However, John only has a few months to live. Since he has no family to turn to, he will spend the days left to him looking for a new and perfect one to adopt Michael, determined to shield him from the terrible reality of the situation. But how can he judge a family from a brief encounter? And does he know his own child well enough to make this choice for him? Finding the right answer may very well be his life’s biggest struggle.
This is a spare, quiet and sometimes bleakly funny film, and Norton is superb — mesmerizing, even — as John struggles with his choices.

After the bombing of his family’s chocolate factory, Tareq Hadhad, a charming young Syrian refugee, struggles to settle into small-town life in Antigonish, Nova Scotia. Despite moving to a new country, he’s intent on pursuing his dream to become a doctor. But when his father, Issam, insists that he must focus on survival, Tareq and his family move towards a familiar path: rebuilding Issam’s chocolate business. When what seemed like a nostalgic attempt to cling onto remnants of an old life past becomes an overnight sensation, Tareq is shocked. He must choose between the demands of an exponentially growing business and an offer to go back to medical school. New challenges arise between a rival chocolatier, while the heartbreak of Tareq’s sister left behind in Syria weighs heavily on the family. As father and son both struggle to find common ground and navigate the complexities of family duty, the heightening tension between them threatens to tear the family apart. Based on the internationally recognized true story.

In Ruben Östlund’s wickedly funny Palme d’Or winner, social hierarchy is turned upside down, revealing the tawdry relationship between power and beauty.
Celebrity model couple Carl (Harris Dickinson) and Yaya (Charlbi Dean) are invited on a luxury cruise for the uber-rich, helmed by an unhinged boat captain (Woody Harrelson). It is a ship of self-destructive fools who believe themselves invincible due to their money and power. The captain leads as privileged and wasted a life as his passengers, yet espouses, ad nauseum, the virtues of Marxism. What first appeared instagrammable ends catastrophically, leaving the survivors stranded on a desert island and fighting for survival.
The incendiary final chapter expands the scope of the film, exposing how our addiction to comfort and, especially, power over one another lays waste to common sense and the last vestiges of altruism.
A troubling, gleefully misanthropic social satire, Triangle of Sadness will spark endless debate — and no doubt wreak havoc on the cruise industry.

Walkerville’s willistead manor: the home that shaped a community

Willistead Manor has served all types of functions including home, gallery, library and even jail – all while successfully retaining its architectural integrity. The stunning, Albert Kahn-designed building has even survived multiple attempts to “pave paradise and put up a parking lot”. For more than 100 years and in the face of constant pressure, Willistead Manor has become a symbol of strength and adaptation. In interviews with people from all walks of life including architects, craftspeople, historians and Walker family descendants, Willistead Manor: The Home that Shaped a Community examines the significance of the breathtaking architectural marvel to generations of people throughout Southwestern Ontario.

Women Talking is Sarah Polley’s poignant adaptation of Miriam Toews’ novel about sexual assault in a Mennonite colony.
Women Talking tells the all-too-real story of a group of women in a Mennonite colony dealing with continued sexual and physical abuse at the hands of their husbands, brothers, and male neighbours (specifically, their being drugged, raped, and gaslit). When the men temporarily leave the colony, the women take advantage of their absence and gather in a hayloft to discuss their options: do nothing, stay and fight, or leave. All who are present — ranging in age from young children to seniors — put forth their own testimonies, perspectives, and answers to the problem. As the women discuss what it means to leave and what it must entail to stay and fight, it becomes clear that no solution is as straight-forward as it initially seems. Emotion and tension run high as the women try to work fervently together to figure out the proper course of action before the men return.

WIFF is committed to celebrating excellence in Canadian film by honouring Canadian films and filmmakers with an annual cash prize of $25,000. A jury comprised of members of the film industry will join us at WIFF to select the winner, announced on Oct. 30. The Francophone-Indigenous film Kuessipan, directed by Myriam Verreault was the recipient of the 2019 prize. Nominees are announced annually during WIFF at TIFF, a celebration held each September on the rooftop of the TIFF Bell Lightbox.