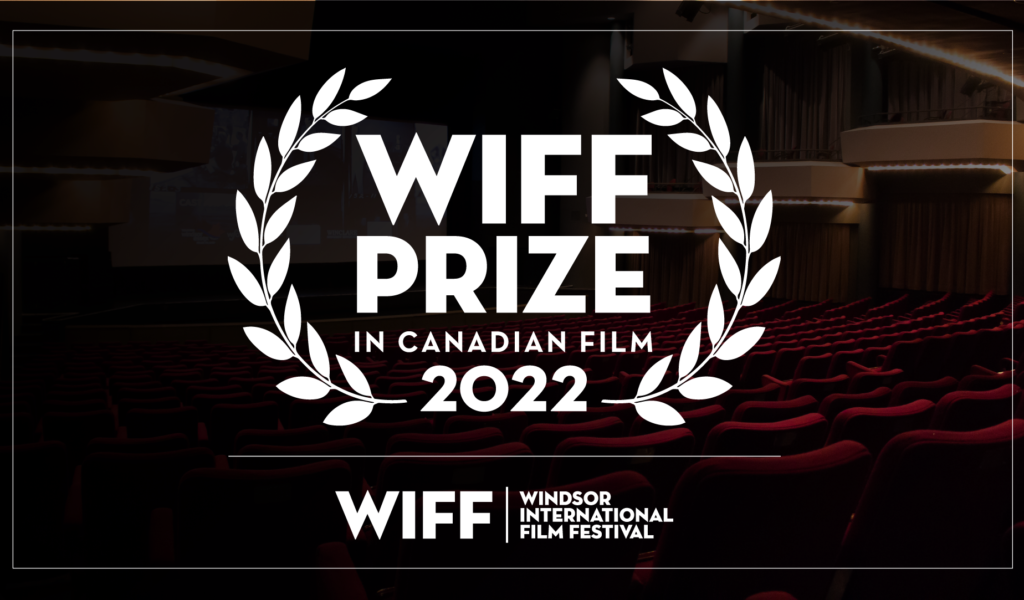 This past weekend at the annual WIFF at TIFF party, we were beyond thrilled to announce the sophomore nominees for the WIFF Prize in Canadian Film.

This past weekend at the annual WIFF at TIFF party, we were beyond thrilled to announce the sophomore nominees for the WIFF Prize in Canadian Film. Through an extensive amount of research and film watching, our programming committee has chosen ten films to be considered for this year’s prize.

Without further ado, the nominees are (in alphabetical order):

Nisha Pahuja’s TO KILL A TIGER

WIFF is committed to celebrating excellence in Canadian film by honouring Canadian films and filmmakers with an annual cash prize. This year, we see the prize jump to a value of $25,000, awarded to the winning director. All ten films will be shown during the Festival’s opening weekend, and the winner will be announced at a special event on Sunday, October 30, 2022. An independent jury comprised of film industry experts will be announced at a later date.

Learn more about this year’s nominees:

Brother is the story of two Jamaican Canadian brothers whose dreams are dashed by violent reality.

Set in Scarborough, Ontario, Francis (Aaron Pierre) and Michael (Lamar Johnson) are two brothers of Trinidadian origin who come up against prejudice and low expectations. A mystery unfolds when escalating tensions set off a series of events which change the course of the brothers’ lives forever.

Ten years later, Francis is gone and Michael, unmoored, struggles to take care of his mother, who is now incapacitated by grief. The film slowly pieces together their tragedy, jumping back and forth through time to capture its weight, and to track how a mother’s painstaking efforts to protect her children can only extend so far.

Brother is a sorrowful but ultimately healing work that pays close attention to the need for kinship and community. Michael and Francis’ stories constitute a familiar reality for many young Black men but are refracted through a unique structure that recognizes that memories can be both a burden and a blessing.

Award-winning filmmaker Jason Loftus and celebrated comic book artist Daxiong tell the story of those fighting for religious freedom in this compelling documentary.

In March 2002, a state TV station in China was hijacked by members of the outlawed spiritual group Falun Gong. Their goal was to counter the government’s narrative about their practice. In the aftermath, police raids sweep Changchun City, and comic book illustrator Daxiong, a Falun Gong practitioner, is forced to flee. He arrives in North America, blaming the hijacking for worsening an already violent repression. But his views are challenged when he meets the lone surviving participant to have escaped China, now living in Seoul, South Korea.

Combining present-day footage with 3D animation inspired by Daxiong’s art, Eternal Spring retraces the event on its 20th anniversary and brings to life an unprecedented story of defiance told through harrowing eyewitness accounts of persecution and incredible artistry. Eternal Spring is an exhilarating tale of determination to speak up for political and religious freedoms, no matter the cost.

Charlotte Le Bon’s striking, stylish, sweetly scary debut movie puts the wittily observed tale of a teenage crush front and center of a ghoul-free horror film, where all that goes bump in the night is an embarrassed kid trying to clean his sheets after a wet dream. Coming-of-age movies are usually, like growing up itself, some combination of funny, sad, rueful, awkward or frightening, but rarely are they so successfully all those things at once as in Falcon Lake.

Fourteen-year-old Bastien (Joseph Engel) and sixteen-year-old Chloé (Sara Montpetit) spend their summer vacation with their families at a lake cabin in Quebec, haunted by a ghost legend. Despite the age gap between them, the two teenagers form a singular bond. Ready to overcome his worst fears to earn a place in Chloé’s heart, the holiday becomes a turbulent pivotal moment for the young boy. Falcon Lake is a sensitive look at a pair of teenagers caught between childhood and adulthood, friendship and romance.

Toronto’s Chandler Levack’s I Like Movies is a smart, funny and ornery exploration of adolescent trauma and early onset cinephilia. It’s hardly surprising that one condition only exacerbates the other. It is a touching and empathetic look at a teenager pursuing his dreams and testing his personal connections.

Socially inept Lawrence Kweller (Isaiah Lehtinen) is an irascible, self- and movie-obsessed teenager living in the wilds of early-2000s Burlington, Ontario. He dreams of Film School at NYU while working at Sequels, a video store, in order to afford tuition, where he forms a complicated friendship with his older female manager.

Lawrence has more serious problems. His egocentrism threatens his only real friendship, with longtime buddy and fellow lonely guy Matt Macarchuk (Percy Hynes White), the put-upon co-star and co-creator of his student short. It becomes increasingly clear that Lawrence’s movie obsession (and his inability to tolerate anyone) is a way of burying a world of hurt and avoiding any real connection.

A dramatization of the Norbourg scandal of 2005, this is the story of Vincent Lacroix, a Quebec businessman convicted of defrauding thousands of investors and embezzling over $130 million.

Feeling cramped in the small apartment he shares with his wife, who is pregnant with their first child, Éric Asselin (Vincent-Guillaume Otis), an investigator at the Quebec Securities Commission, is ready to improve his situation. Impressed by the assurance and ambition of Vincent Lacroix (François Arnaud), founder of the new Norbourg investment firm, he offers his services as Vice President of Finance. Together, the two men set up a complex system of international bank accounts aimed at diverting a large part of the funds entrusted to them by investors. Thanks to his knowledge of the internal workings of the Securities Commission, Asselin guarantees Lacroix that all accounting audits will go off without a hitch. But the tide turns when Lacroix makes an unfortunate revelation to a journalist about his tax shelters. Feeling the heat, Asselin is ready to do anything to save his skin.

North of Normal explores how principles and family can lead you astray and can also provide long-lasting succour. The film portrays a girl’s unusual upbringing in the wilderness, and her attempts to adjust to modern urban life with her counterculture mother.

In the 1970s, Cea’s hippie grandparents, Grandpa Dick and Grandma Jeanne flee the repressive climes of the United States for the untrammelled wilds of Alberta and British Columbia with Cea and her teenage mother, Michelle, in tow. Surrounded by perma-stoned adults acting with little regard for any conventions (especially sexual ones), Cea lives a blissfully ignorant, near idyllic life. But when Michelle tires of her father’s criticisms, mother and daughter find themselves living nomadically on the margins of society.

After losing her husband, So-young (Choi Seung-yoon) relocates to Canada in the 1990s with her young son, Dong-hyun (Dohyun Noel Hwang as a child, Ethan Hwang as a teenager), in tow. Determined to provide a better life for him than the one she left behind, So-young does her best to overcome the constant racial and cultural challenges that confront them. The mother is set on building her new life, which now includes a relationship with a Korean-Canadian man who is eager to take on the role of Dong-hyun’s father.

Dong-hyun is brutally bullied by his classmates, and he isn’t helped by the timid, distinctly Canadian racism of his teacher and principal, who consider the family “troublesome.” At work, So-young battles loneliness and racist and sexist comments. As they negotiate their separate circumstances, the rift between mother and son grows. Unwelcome news sparks an unplanned return to South Korea — and the in-laws So-young hasn’t spoken to in many years —  might open up the possibility of mutual understanding. Director Anthony Shim’s deep engagement with his subjects sparks profound, affecting revelations.

Something You Said Last Night tells a different kind of transgender story. The coming-of-age film follows Ren (Carmen Madonia), an aspiring writer and mid-twenty-something, who, after being fired from her job, accompanies her deliriously happy Canadian-Italian family on vacation. The realities of being a stunted millennial and a trans woman coalesce as she struggles to balance the yearning for independence with the comfort of being taken care of.

The film perfectly captures the tenor of summer vacation where sun, watered-down booze, boredom and embarrassment are the standard amenities. Percolating underneath everything is a slight uneasiness, reflecting Ren’s discomfort at being in a conservative beach town. Once there, sister Siena (Paige Evans) drinks and carouses all night long. The more reserved Ren is left to her own devices. Out of work and woefully short of cash, she is forced to spend time with her parents, hang around the apartment vaping and utilizing the free activities the resort offers — all targeted towards children or seniors.

A film about love, forgiveness, and self-recrimination, Lindsay MacKay’s beguiling The Swearing Jar follows would-be singer-songwriter Carey (Adelaide Clemens), who is reluctantly falling for Owen (Douglas Smith), a clerk at the local bookstore. The rub is that she’s still deeply in love with her husband, Simon (Patrick J. Adams). Employing a daring narrative strategy, The Swearing Jar argues that real love lingers — sometimes painfully, sometimes exhilaratingly — no matter how we or our situations change.

Simon and Carey’s relationship is complicated by secrets and the fact that they’re young and essentially newlyweds, so they’re not above some truly heated, hurtful arguments. Carey is also pregnant, which is both welcome and problematic. Her flirtation with Owen, meanwhile, is necessarily founded on discretion and half-truths. On the fringes is Simon’s crusty mother, Bev (Kathleen Turner), who ends even the most cheerful and tender encounters with a caustic comment or an ill-placed reminder that men will always leave, one way or another.

Nisha Pahuja’s TO KILL A TIGER

To Kill A Tiger is harrowing, courageous and, by its stunning finale, a galvanizing film. With compassion and rigour, documentarian Nisha Pahuja tells the story of a family struggling to find justice in the wake of a heinous violation. Most of their community is against them, but they have allies, love, and a dogged belief in the possibility of change.

One night in Jharkhand, India, a 13-year-old girl is dragged into the woods and sexually assaulted by three men. When her father, Ranjit, a poor rice farmer, goes to the police, it is suggested that his daughter wed one of the rapists to salvage the family’s dignity and uphold peace in the village. Such assaults, and bullying victims into marrying their attackers, are common here, but Ranjit refuses to accept the status quo. Working with the Srijan Foundation, an NGO advocating for gender rights, Ranjit and his family embark on an arduous journey, one that will involve a 14-month trial and threats of violence.