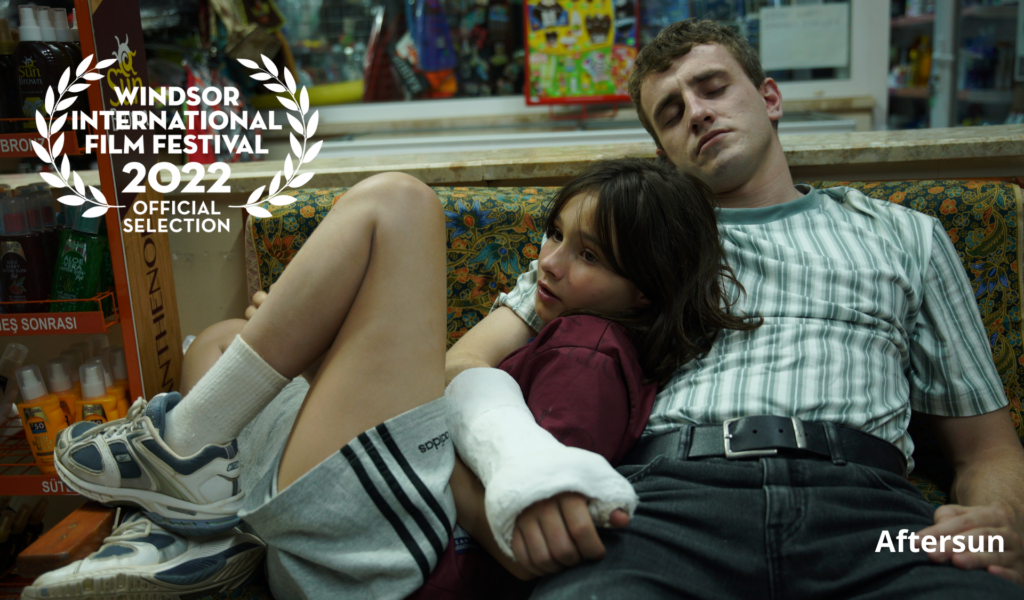 Take it from Vincent: Hidden Gems

Want to be ahead of the curve when it comes to great film? You may have not heard of these yet, but we can…

Want to be ahead of the curve when it comes to great film? You may have not heard of these yet, but we can guarantee they will be word-of-mouth hits.

Sophie reflects on the shared joy and private melancholy of a holiday she took with her father twenty years earlier. Memories real and imagined fill the gaps between miniDV footage as she tries to reconcile the father she knew with the man she didn’t.
Calum and his daughter Sophie occasionally get mistaken for siblings. Having split from Sophie’s mum, and having left their Edinburgh home for England, Calum knows how precious their time together is. Their room may only have one bed and there may be unsightly construction around the resort, but that won’t stop them from trying to have the best vacation possible. Whether hanging by the pool, taking excursions on the sea, or shopping for carpets, Calum encourages Sophie’s abundant curiosity…until he doesn’t. Every now and then, Sophie makes enquiries that Calum won’t accommodate.
Twenty years later Sophie has found herself looking back on that vacation. It is clearly still weighing on her mind, though it is unclear what has transpired in the meantime.

Written and directed by acclaimed filmmaker Terence Davies, Benediction explores the turbulent life of WWI poet Siegfried Sassoon (Jack Lowden). The writer and soldier was a complex man who survived the horrors of fighting in the First World War and was decorated for his bravery but who became a vocal critic of the government’s continuation of the war when he returned from service. His poetry was inspired by his experiences on the Western Front, and he became one of the leading war poets of the era. Adored by members of the aristocracy as well as stars of London’s literary and stage world, he embarked on affairs with several men as he attempted to come to terms with his homosexuality. At the same time, broken by the horror of war, he made his life’s journey a quest for salvation, trying to find it within the conformity of marriage and religion.

Unconditional love is complicated.
In a remote, windswept fishing village, a mother is torn between protecting her beloved son and her own sense of right and wrong. A lie she tells for him rips apart their family and close-knit community in this tense, sweepingly emotional epic.
Set in Ireland, the film hones in on the O’Hara family, headed up by Aileen (Emily Watson), the matriarch, who works as a supervisor in the local fish factory. The isolated humdrum of her life switches suddenly when her son Brian (Paul Mescal) returns home from Australia as a surprise. He had left home years earlier and had no contact with his family.
Brian considers how he can revive the family fishing business when an accusation and the lie told in the wake of it raises the questions: Where do our alliances lie in situations where the pain a person feels is scarring and persistent? And how much can time and distance change our relationship with someone we love?

Reem, a young mother married to a jealous man, goes to Huda’s salon in Bethlehem. But this ordinary visit turns sour when Huda, after having put Reem in a shameful situation, blackmails her to have her work for the secret service of the occupiers, and thus betray her people.

Lucien de Rubempré (Benjamin Voisin) is an ambitious and unknown aspiring poet in 19th century France. He leaves his provincial town, arriving in Paris on the arm of his admirer, Louise de Bargeton (Cécile de France). Outmatched in elite circles, Lucien’s naive etiquette prompts Louise to retreat back to her husband, leaving the young poet to forge a new path. Lucien makes a new friend in another young writer, Etienne Lousteau (Vincent Lacoste), who introduces him to the business of journalism where a salon of wordsmiths and wunderkinds make or break the reputations of actors and artists with insouciant impunity. Lucien agrees to write rave reviews for bribes, achieving material success at the expense of his conscience and soon discovers that the written word can be an instrument of both beauty and deceit. Xavier Giannoli’s sumptuous adaptation of Honoré de Balzac’s epic novel, Lost Illusions is a ravishing vision of the birth of modern media.

the origin of evil

The story follows Stéphane, a woman in her forties who lives in financial precarity working in a local fish canning factory. When her living situation takes a turn for the worse, she decides to get back in touch with her estranged father, Serge. Stéphane discovers Serge is an incredibly wealthy man with a massive estate, and is surrounded by women in his life who hate him and try to undermine her.
Stéphane reinvents herself as an entrepreneur in order to impress her new family, and attempts to ingratiate herself with Serge’s wife and stern oldest daughter, who remains deeply suspicious of Stéphane’s motives. Stéphane slowly realizes that Serge may not be the genial patriarch she thought he was, and her own past, one that she thought was locked away, is slowly catching up to her as well.
The Origin of Evil is an exhilarating skewering of the decadent excesses of the aristocratic class and those who aspire to be among them.

Trailblazing, hell-raising country music legend Tanya Tucker defied the standards of how a woman in country music was supposed to behave. Decades after Tanya slipped from the spotlight, rising Americana music star, Brandi Carlile, takes it upon herself to write an entire album for her hero based on Tanya’s extraordinary life, spurring the greatest comeback in country music history.
The Return Of Tanya Tucker follows Tanya’s richly creative, utterly captivating, bumpy ride back to the top as Brandi encourages her to push past her fears to create a new sound and reach a new audience. This new music mixes with all that came before – using rare archival footage and photographs to delve into Tanya’s history, beginning in a single wide trailer in Seminole, Texas.
Taking stock of the past while remaining vitally alive in the present and keeping an eye on the future, The Return Of Tanya Tucker is a rousing exploration of an unexpected friendship built on the joy of a perfectly timed creative collaboration.

Two African-born teens try to build a life together on the streets of Belgium in this scalding indictment of societal indifference by the Dardenne brothers. Winner of the Anniversary Prize at Cannes, the story hinges on parentless children whose need for support leads them towards danger. Tori has been granted political asylum for a horrifying reason, but Lokita will be deported if she fails to convince the authorities that she and Tori are blood relatives. And they may not be.
They live together in the same shelter for “unaccompanied foreign minors,” they deliver drugs together for the same drug dealer, and they give most of the money they make to the same smuggler who helped them get to Belgium in the first place. Every iota of information we learn about Tori and Lokita’s individual and shared pasts only makes it more poignant and damning that these two kids have to love each other this much just to survive in a society that doesn’t care about them.

For most of her early life, filmmaker Barri Cohen knew her immediate family to consist of her parents, two brothers and half-sister. But one day, in a moment of emotional disclosure, her father revealed the existence of two more siblings.
Cohen never knew her half-brothers Alfred and Louis, who were dropped off as toddlers at the Huronia Regional Centre, a now-closed hospital and home for children with developmental disabilities. In the wake of a successful class-action lawsuit, Cohen is finally able “to peel back the half-truths and secrets” around her two now-deceased siblings. Speaking to the families and survivors of the centre, she pieces together the story of her brothers’ lives through shocking stories of abuse, humiliation and trauma.
Unloved: Huronia’s Forgotten Children is a heartbreaking yet redemptive film that moves outwards from a highly personal and painful family secret to an investigation of hidden, searing truths about an entire government-enabled system of institutional cruelty and ugliness against vulnerable children.

Harry Turner had enlisted in the British army in Afghanistan when he was only 18, and the horrors that he observed there traumatized him and led to suicidal behaviour. When he travelled to the Peruvian Amazon, he found a new purpose. While he was there, he met a woman named Samantha Zwicker who was involved in a project to rescue wild animals threatened by poachers. The two of them eventually established a personal as well as professional relationship that centered on a young ocelot cub that probably would not have survived without their aid.
They began filming their encounters with the ocelot, and eventually, they teamed up with professional filmmakers Melissa Lesh and Trevor Beck Frost to chronicle the arduous steps involved in raising the wild cat and training it to return to the jungle and survive on its own. The film strikes a satisfying balance between wildlife photography, getting remarkably close to the animals, and more intimate, often disturbing human drama.