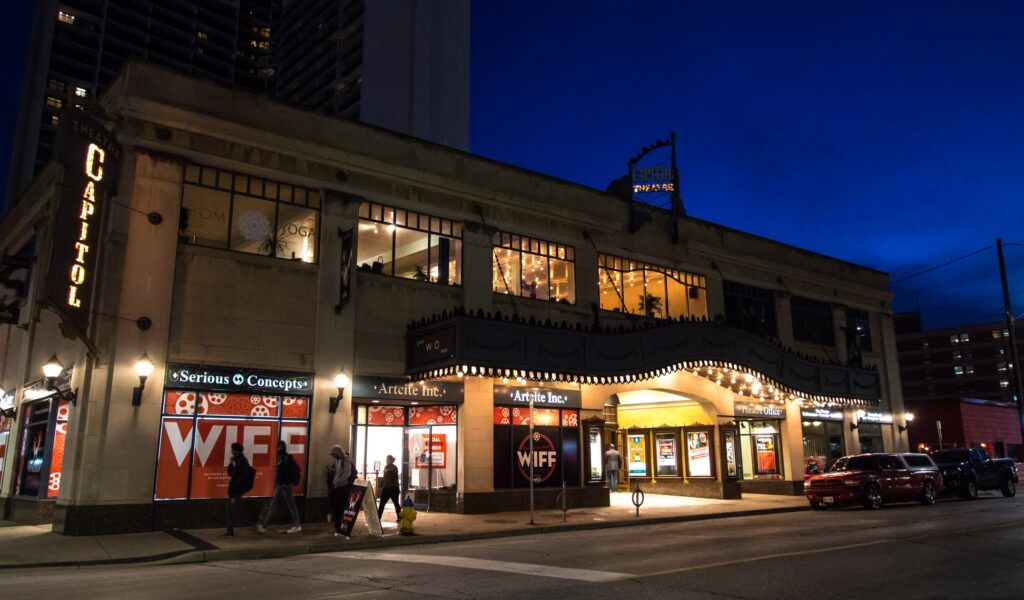 WINDSOR, Ont. – The Windsor International Film Festival (WIFF) announced Tuesday that it will be returning to the beautiful Capitol Theatre in downtown Windsor…

WINDSOR, Ont. – The Windsor International Film Festival (WIFF) announced Tuesday that it will be returning to the beautiful Capitol Theatre in downtown Windsor next month with in-person screenings featuring all Oscar-nominated films.

The screenings will take place in the Capitol’s Kelly Theatre from March 3 to 5 and will follow careful COVID-19 precautions to ensure all patrons can enjoy a safe return to the silver screen. To support the safety of all attendees, capacity will be reduced to 50 per cent and will follow social distancing guidelines, face coverings will be required at all times, and proof of full vaccination will be required.

“WIFF is thrilled to not only bring these Oscar-nominated films to our patrons first, but to be able to screen them back at the Capitol Theatre,” said Vincent Georgie, WIFF’s Executive Director and Chief Programmer.

“Great films are better experienced with great company, and our team is working diligently to ensure a safe viewing experience for all of our patrons.”

The in-person screenings will bring the films DRIVE MY CAR (in Japanese), FLEE (in Danish), PARALLEL MOTHERS (in Spanish) and THE WORST PERSON IN THE WORLD (in Norwegian). In total, these films garnered 11 Oscar nominations Tuesday morning. This will be the first event WIFF has hosted at the Capitol Theatre since the pandemic.

The March screenings were announced during the festival’s WIFF Off Script Facebook Live discussion of the 94th annual Academy Awards nominations and can be viewed by visiting the Windsor International Film Festival’s Facebook page.

After his wife’s unexpected death, Yusuke Kafuku, a renowned stage actor and director, receives an offer to direct a production of Uncle Vanya in Hiroshima. There, he begins to face the haunting mysteries his wife left behind.

FLEE tells the story of Amin Nawabi as he grapples with a painful secret he has kept hidden for 20 years, one that threatens to derail the life he has built for himself and his soon to be husband. Recounted mostly through animation to director Jonas Poher Rasmussen, he tells for the first time the story of his extraordinary journey as a child refugee from Afghanistan.

Two women, Janis and Ana, coincide in a hospital room where they are going to give birth. Both are single and became pregnant by accident. Janis, middle-aged, doesn’t regret it and she is exultant. The other, Ana, an adolescent, is scared, repentant and traumatized. Janis tries to encourage her while they move like sleepwalkers along the hospital corridors. The few words they exchange in these hours will create a very close link between the two, which by chance develops and complicates, and changes their lives in a decisive way.

Director Joachim Trier returns with another modern twist on a classically constructed character portrait of contemporary life in Oslo. Chronicling four years in the life of Julie, THE WORST PERSON IN THE WORLD examines one woman’s quest for love and meaning in the modern world. Fluidly told in twelve chapters, the film features a breakout performance by Cannes Best Actress winner Renate Reinsve as she explores new professional avenues and embarks on relationships with two very different men (Anders Danielsen Lie and Herbert Nordrum) in her search for happiness and identity.

Tickets are $16 for general admission and $10.25 for students and are on sale now. Tickets can be purchased by visiting windsorfilmfestival.com and at the door one-hour prior to the first showing.