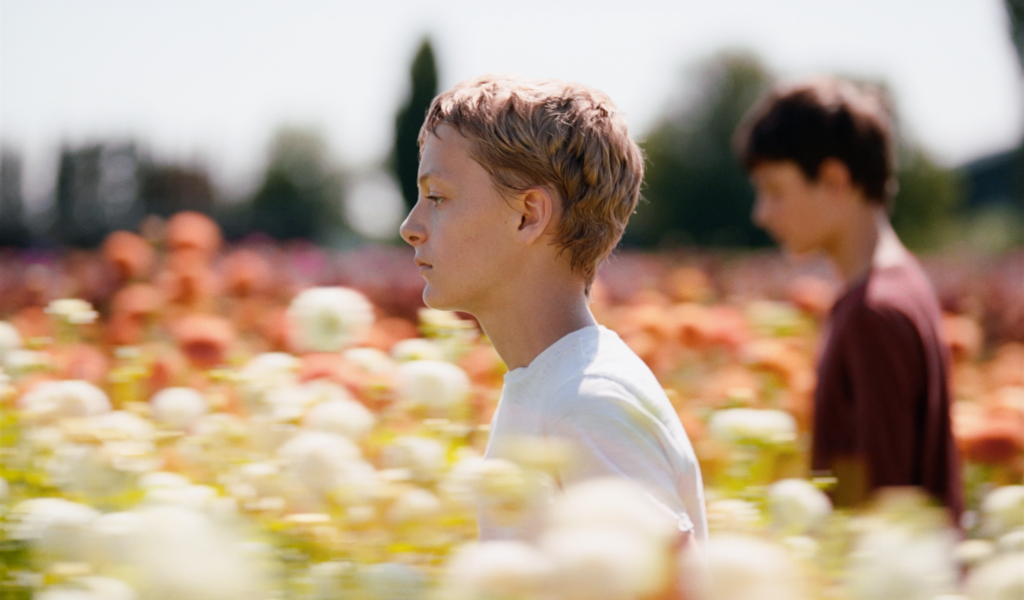 We’re fully energized after such a great first day back in festival mode. And the best part? We still have 10 days to go!…

We’re fully energized after such a great first day back in festival mode. And the best part? We still have 10 days to go! Check out some of our recommendations for October recommendations below.

Winner of the Grand Jury Prize at Cannes, Close tells the story of Rémi and Léo who are inseparable, hanging out and playing together all the time—physical, tactile, joyful and innocent, but certainly far more intense than most 13-year-old friends. Léo is especially close to Rémi’s mum and is physically at ease with her. Schoolmates suddenly become aware of the intensity of their friendship. Girls—who are perhaps honest, or perhaps malicious—ask Léo if he and Rémi are a couple.
Soon the boys are starting to make mean remarks to Léo, who is angry, scared and humiliated. He withdraws from Rémi, blanks him in the playground and goes in for macho ice hockey. Rémi is deeply baffled and wounded; Léo can hardly bear Rémi’s mute and then not-mute reproach, as well as his own fickle dishonesty.
For Rémi, Léo’s sudden decision to break up with him is a violent, unspeakably painful rupture that Rémi does not have the language to explain to himself.

BUtterfly in the sky

This feature-length documentary chronicles the legacy of one of the most important and influential children’s television shows of all time.
Butterfly in the Sky tells the story of the beloved PBS children’s series Reading Rainbow, its iconic host LeVar Burton, and the challenges its creators faced in cultivating a love of reading through television. Two seconds into the bubbling synth sounds of its theme song will have a child of the 1980s or ’90s exclaiming “Reading Rainbow!” Such is the beloved nature of the classic children’s literary television show that introduced millions of kids to the wonder of books. Not only did the series insist on having kids speak to kids about their favourite stories, Reading Rainbow introduced the world to one of the most adored television hosts of all time, LeVar Burton. Thanks to his direct, non-patronizing and, most importantly, kind delivery, Burton became a conduit to learning for children of every background—delving behind the pages to the people, places and things each new story explored.

Set during a period of peak tensions between North and South Korea in the 1980s, Squid Game star Lee Jung-jae’s directorial debut is an electrifying espionage thriller.
After a high-ranking North Korean official requests asylum, KCIA Foreign Unit chief Park Pyong-ho and Domestic Unit chief Kim Jung-do are tasked with uncovering a North Korean spy, known as Donglim, who is deeply embedded within their agency.
When the spy begins leaking top secret intel that could jeopardize national security,
the two units are each assigned to investigate each other. In this tense situation where if they cannot find the mole, they may be accused themselves, Pyong-ho and Jung-do slowly start to uncover the truth. In the end, they must deal with an unthinkable plot to assassinate the South Korean president. Then begins a terrible race against time. The situation of the two Koreas is on the verge of implosion and the two agents, during their investigation, will unearth heavy secrets that threaten to overturn the history of the country.

Black Box crafts a taut, suspenseful intrigue, unraveling the events behind a tragic incident in the aeronautics industry. Matthieu, is a young and talented black box analyst on a mission to solve the reason behind the deadly crash of a brand-new aircraft. Yet, when the case is closed by authorities, Matthieu cannot help but sense there is something wrong with the evidence. As he listens to the tracks again, he starts detecting some seriously disturbing details. Could the tape have been modified? Going against his boss’ orders, Matthieu begins his own rogue investigation—an obsessional and dangerous quest for the truth that will quickly threaten far more than his career. Progressively obsessed by inexplicable evidence that doesn’t add up, and spiraling further and further into the realm of paranoia, he gradually loses credibility at the BEA, the bureau that investigates aviation safety in France. So he’s forced to go rogue, risking both career and life, but determined to uncover the sordid truth.