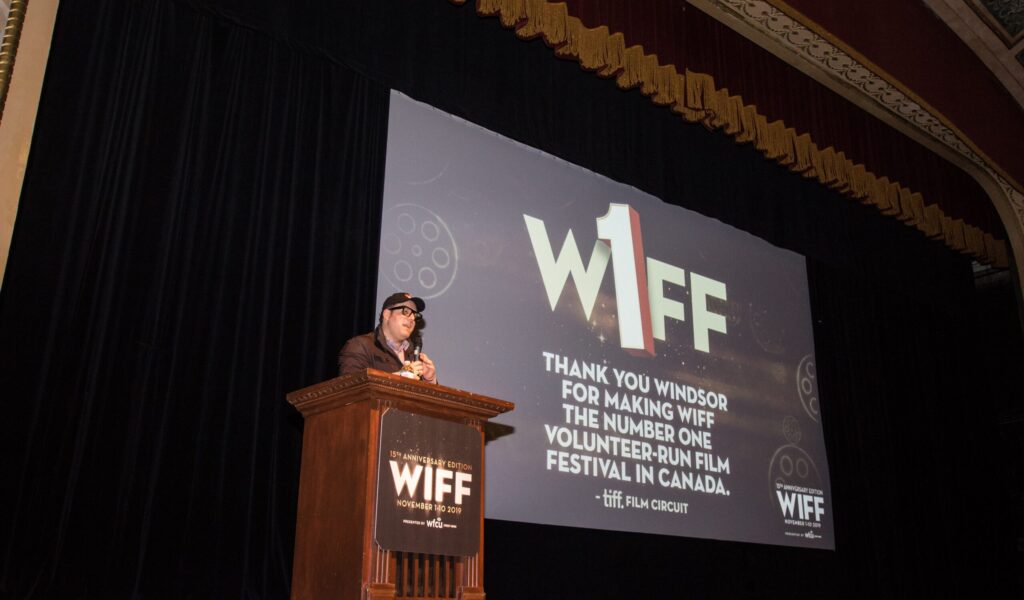 WIFF Partners with The Toldo Foundation and Announces 2022 Festival Dates

WIFF is pleased to announce its new title sponsor for the 2022 festival, the Toldo Foundation.

The Windsor International Film Festival (WIFF) is pleased to announce its new title sponsor for the 2022 festival, the Toldo Foundation.

“We are absolutely thrilled to have the Toldo Foundation as our presenting sponsor,” said Vincent Georgie, WIFF’s Executive Director and Chief Programmer. “The Toldos have a long-standing history of community building in Windsor-Essex and we are so excited that they are again partnering with us, and for such a historic return – we will be back better than ever this November.”

“We love the fun, energy, and exceptional film experiences WIFF brings every November and we are proud to be a supporter and a champion of this cultural gem in our community,” said Anthony Toldo, Trustee, Toldo Foundation. “We look forward to celebrating the festival’s return and all of the excitement it brings to Downtown Windsor.”

This year will mark the return of the traditional festival since the beginning of the pandemic. WIFF’s 2019 festival sold over 42,000 tickets and featured the WIFF Prize in Canadian Film, WIFF Village, The Mark Boscariol 48hour FlickFest, Women of WIFF, a number of special screenings, guests and more, all slated to return this November.

More information about the festival program and events will be announced in the fall.

Fans can stay in touch with WIFF via the festival’s Facebook page (@WindsorInternationalFilmFestival), Twitter (@WindsorFilmFest), Instagram (@WindsorFilmFest) or by signing up to receive WIFF news via email by visiting windsorfilmfestival.com