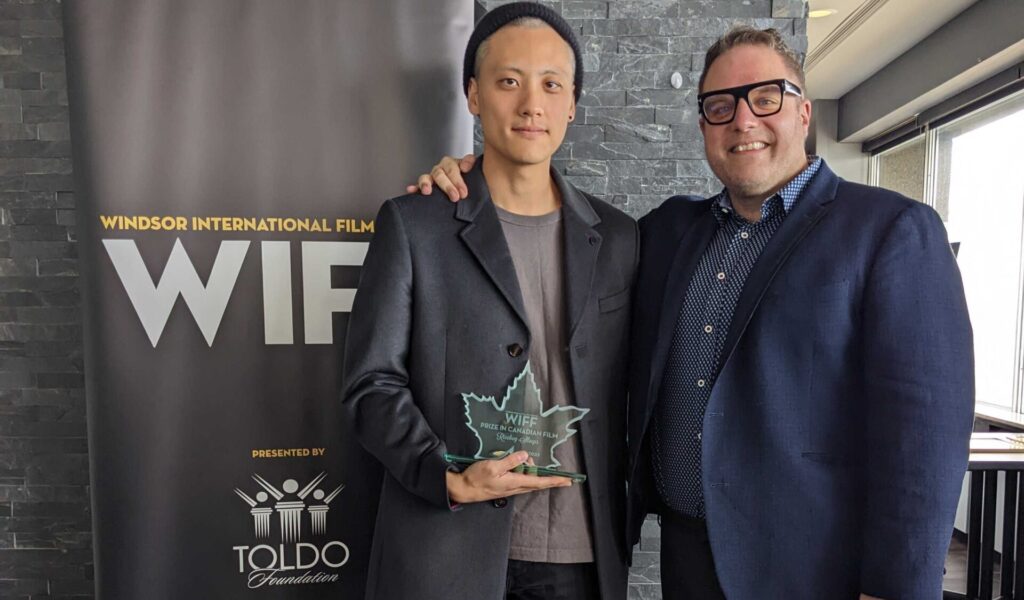 The Windsor International Film Festival (WIFF) is pleased to announce that the winner of the 2022 WIFF Prize in Canadian Film is Riceboy Sleeps directed by Anthony Shim. The announcement was made at a private reception on Sunday, October 30 with representatives of the ten nominated films, jury members, and guests in attendance.

The 10 nominees for the prize were announced at the annual WIFF at TIFF party in September. All 10 nominated films were screened during WIFF’s opening weekend.

“This intimate yet sweeping film is poignant, authentic, and visually powerful,” said the Jury. “Remarkable performances and assured direction bear witness to the complex story of how an immigrant mother and son navigate the profound challenges of displacement as they search for a sense of belonging.”

“Riceboy Sleeps is a sensitive, exquisitely judged film by a major talent in Anthony Shim,” said Vincent Georgie, Executive Director and Chief Programmer for WIFF. “Our congratulations to him, and a very special thanks to Jury President Magali Simard and her jury.”

The 2022 festival is proudly presented by the Toldo Foundation.

Tickets are on sale now. For tickets and more information, please visit windsorfilmfestival.com.