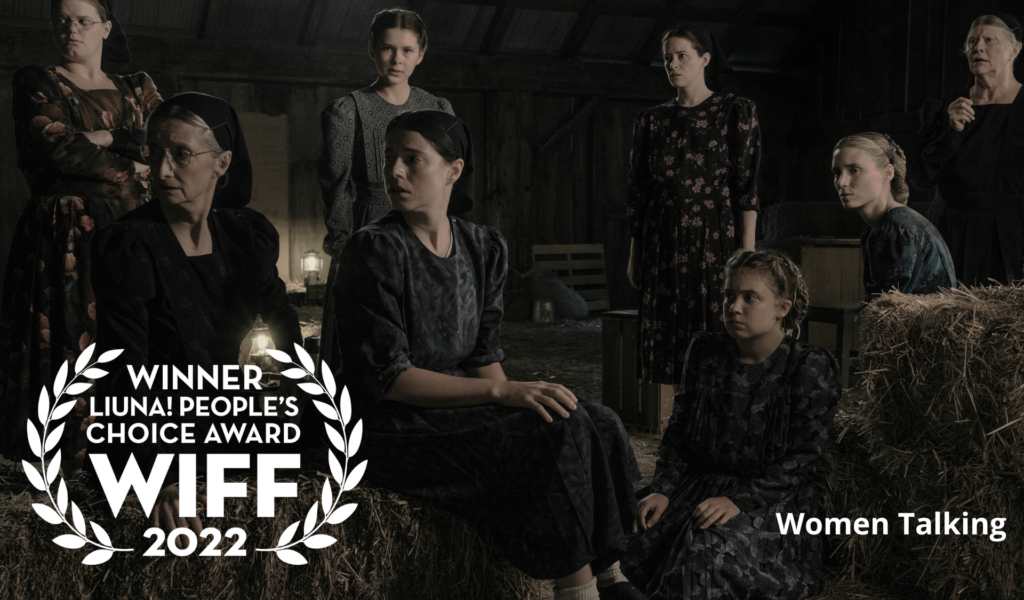 WIFF is pleased to announce that the winner of the 2022 LiUNA People’s Choice Award is Women Talking directed by Sarah Polley. WIFF audiences…

WIFF is pleased to announce that the winner of the 2022 LiUNA People’s Choice Award is Women Talking directed by Sarah Polley. WIFF audiences were moved by this impactful story of strength and resilience about a group of women deciding on how to move forward after years of abuse.

To celebrate the audience favourite, WIFF will be hosting a complimentary community screening of Women Talking on Sunday, November 6 at 5:45 PM at the Chrysler Theatre. Register for the screening here.

Past winners of the award include: Prey directed by Matt Gallagher (2019); The Russian Five directed by Joshua Rhiel (2018); Loving Vincent directed by Dorota Kobiela and Hugh Welchman (2017); Maudie directed by Aisling Walsh (2016); Trumbo directed by Jay Roach (2015); and more.

“We were so pleased to bring Women Talking to our audience two months ahead of its theatrical release, and are now even more proud that our audience has voted it the winner of the LiUNA People’s Choice Award,” said Vincent Georgie, Executive Director and Chief Programmer for WIFF. “It has been a privilege to work with Universal Pictures to make this happen, and we can’t wait to continue working with them.”

The 2022 festival is proudly presented by the Toldo Foundation.