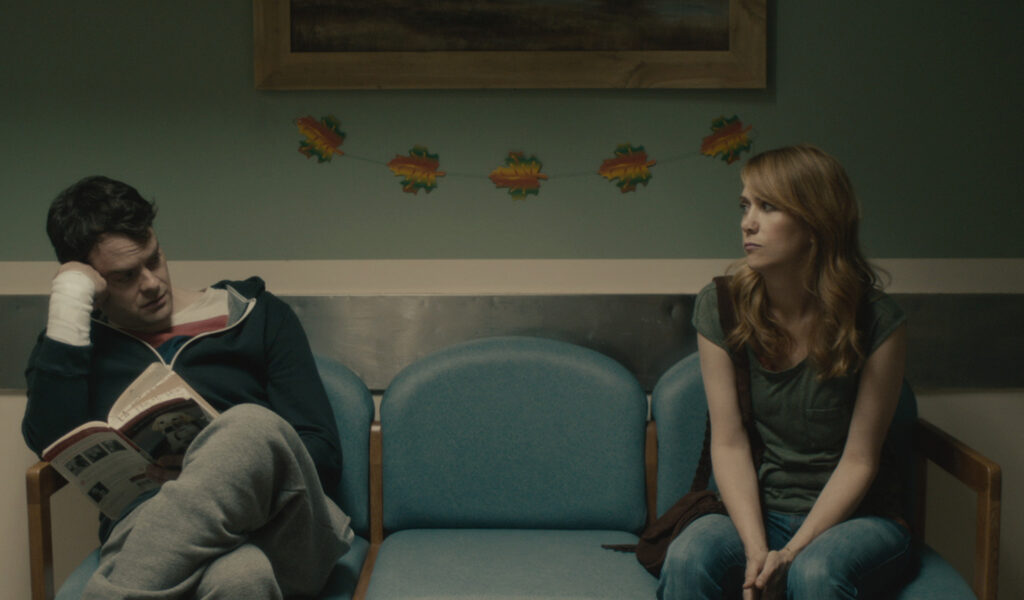 (If your family is “interesting”)

Synopsis: When Maggie visits her brother Milo, who has attempted to commit suicide, she asks him to come live at her home for a while. Soon, their broken relationship starts to become stronger.

Vincent Georgie: I had the pleasure of watching this film 3 years ago and have never forgotten it. An absorbing drama about how power can corrupt all – if just given the opportunity…

The inventive, crisp b&w photography is a marvel to behold, as is German discovery Max Hubacher. The film captivates, both visually and intellectually.

Synopsis: A German army deserter finds a Nazi captain’s abandoned uniform during the final weeks of World War II. Emboldened by the authority it suddenly grants him, he amasses a band of stragglers that cedes to his every command — despite the suspicions of some. Citing direct orders from Hitler himself, he soon takes command of a camp that holds German soldiers accused of desertion — and begins to dispense harsh justice.

MARRIED TO THE MOB

Vincent Georgie: The hair, the music, the cheesy title sequence, MARRIED TO THE MOB has everything an 80s comedy needs. It is also one of the most stylish, funniest and wonkiest comedies you can find. Highly-rewatchable, the film’s core strength is its never more appealing cast: Michelle Pfeiffer, Matthew Modine, Dean Stockwell, Alec Baldwin, Joan Cusack, Mercedes Ruehl…I could go on. This cast is having a ball.

Synopsis: Angela de Marco (Michelle Pfeiffer) is fed up with her gangster husband’s (Alec Baldwin) line of work and wants no part of the crime world. When her husband is killed for having an affair with the mistress of mob boss Tony “The Tiger” Russo (Dean Stockwell), Angela and her son depart for New York City to make a fresh start. Unfortunately, Tony has set his sights upon Angela — and so has an undercover FBI agent (Matthew Modine) looking to use her to bust Tony.

In celebration of her upcoming film MA RAINEY’S BLACK BOTTOM (coming in mid-December; it’s excellent), let us behold the joy of watching an always well-respected character actress emerge into a screen star.

Vincent Georgie: Viola Davis first caught mainstream eyes with her brief but powerful performance in this film. Why recommend a film that she only has one scene in? When she’s this good, you have to see it to believe it. Davis walks off with the picture, in my view.  A terrific film, impeccably lead by Meryl Streep, Philip Seymour Hoffman and Amy Adams.

Vincent Georgie: A grossly underseen, under-awarded and under-praised film, Davis carries the film on her shoulders in a commanding, tough lead performance. Look for this one to become an emerging favourite long after its original release. From director Steve McQueen, it’s a very entertaining quality action-drama.