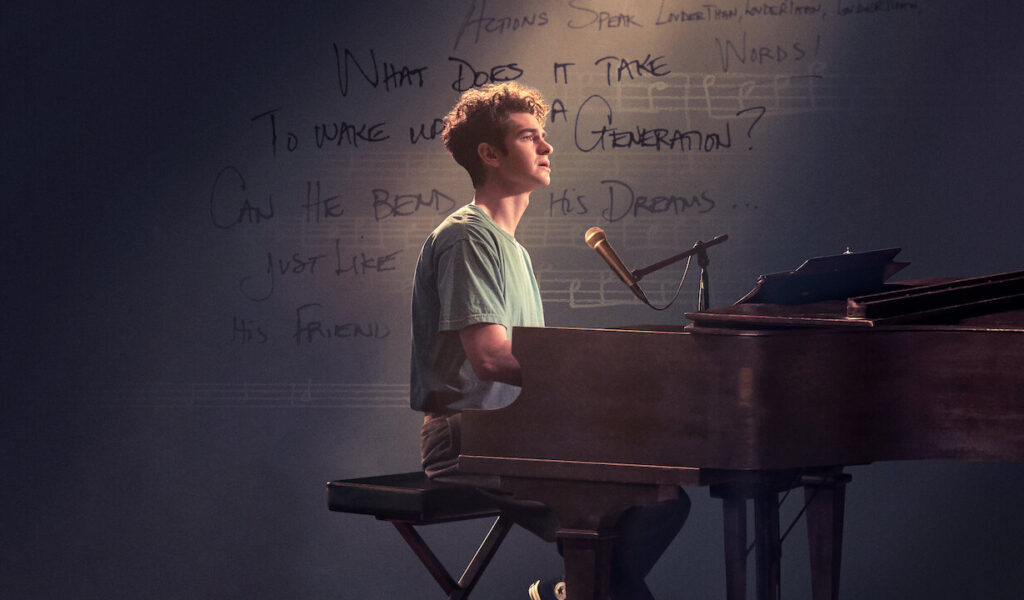 (If you want the hottest new film)

Vincent Georgie: What makes HAMILTON creator Lin-Manuel Miranda’s directorial debut so successful is that he’s able to capture the energy of the creative process, and can build his film around the ever-appealing Andrew Garfield. As an actor, Garfield has a natural ability to always have the audience on his side. This new Netflix film will surely be an awards contender this year.

Synopsis: On the cusp of his 30th birthday, a promising young theater composer navigates love, friendship and the pressures of life as an artist in New York City.

(If you love a diva)

Vincent Georgie: The strength of this film is the unbelievable amount of quality footage that filmmaker Tom Volf has assembled here. This is not just clips and snippets; this is the definitive film treatment and documentation of Callas’ life. Impeccably made.

(If you want a witty comedy)

Vincent Georgie: While the film’s timeliness upon its release in 1992 was anchored by the split between Mia Farrow and Woody Allen, this film’s laughs, smarts and appeal are in the other couple on screen. As Jack and Sally, Sydney Pollack (a terrific actor, though ultimately known as a director) and Judy Davis (who nails this role) are fresh, neurotic and frequently hysterical in the excitement and even thrill in which they approach their divorce. If you want wonderful performances and brainy one-liners, this is a terrific highbrow comedy.

Synopsis: Gabe Roth and his wife’s relationship start to crumble when their best friends decide to split. Soon, they get involved with younger paramours, followed by smoldering jealousies and hilarious reunion.

British Director Paul Greengrass has a very specific talent for taking a straightforward, honest approach to telling true stories of tragedy. By being so unfussy in his filmmaking, his films are almost unbearable in their tension. These two films are extraordinarily made on every level.

The passengers of a flight are shocked when their plane is hijacked by a few terrorists. They decide to fight the terrorists after learning about the attacks on the World Trade Center and Pentagon.

A dramatisation of Norway’s deadliest terrorist attack, in which a right-wing extremist murders 77 teens at a youth camp in 2011.