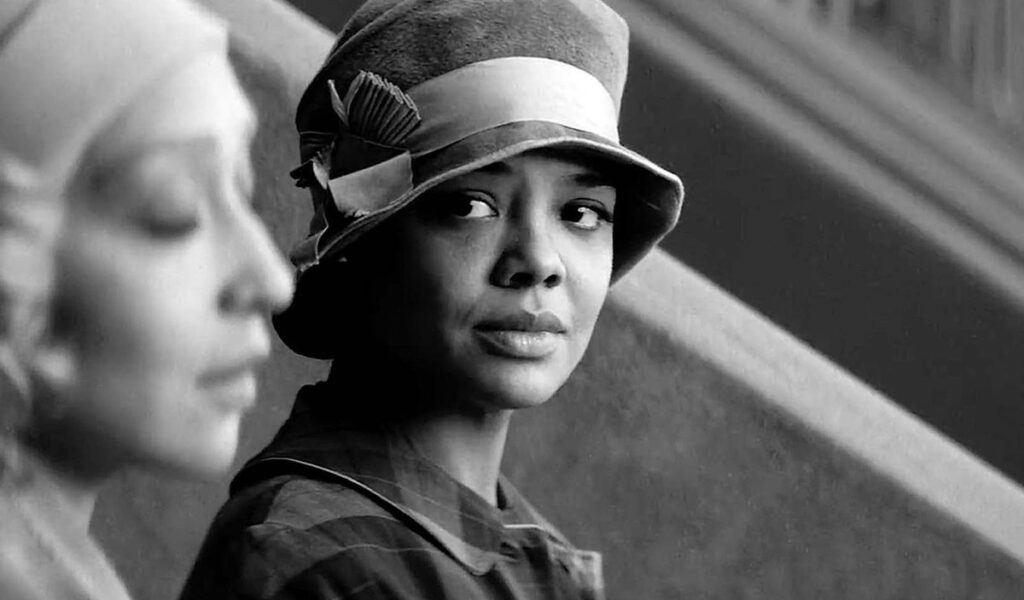 (If you want an impressive new drama)

Vincent Georgie: Actress Rebecca Hall makes her directorial debut, handling complicated and sensitive material in this new Netflix drama. Expect serious awards attention for the impressive and highly nuanced performances of Tessa Thompson and Ruth Negga. This is a film with a point of view, for sure.

(If you want to watch a star performance)

Vincent Georgie: Despite a few Oscar nominations under her belt, Sally Hawkins remains relatively unknown. I invite you to go back to the film that made audiences turn to each other and say “Who is she?”. What is so memorable about her performance is her ability to make incredible happiness and lightness of heart never seem cloying, and always seem to come from deep sincerity. This was her star-making film, and contemporary independent cinema fans have been fortunate to have her all to ourselves since then.

Synopsis: Poppy is a 30 year old, happy-go-lucky school teacher who’s always playful, frank and rather friendly. While she goes about helping others and pursuing her hobbies, she also risks being misunderstood.

(If you want to watch a star performance, take 2)

Vincent Georgie: When thinking of Hawkins’ performance, I was reminded of a performance that cemented the arrival of a major new both dramatic and comedic talent: Nicole Kidman in Gus Van Sant’s underseen TO DIE FOR. Tapping into a moment in pop culture where trashy talk shows and salacious “truth is stranger than fiction” were the rage (now we just have social media), Kidman signaled that she was willing to take big risks (something she has never stopped doing). Go back and (re)discover her in this pitch-black comedic performance.

Synopsis: Suzanne knows what she wants and will do anything to get it and she wants to be a television newscaster. She will destroy anything that stands in her way regardless of the cost or means.

BUDDY COMEDIES, WITH AN EDGE

The McDonagh brothers (Martin and John Michael) are known for their dark, energetic and always entertaining stories of not-so-great people in not-so-great situations. Buckle up and enjoy a raucous trio of performances lead by Colin Farrell in IN BRUGES, and the demented buddy action film WAR ON EVERYONE (an edgy fave from WIFF 2016).

Ray and Ken, two hitmen, get stuck in Bruges, Belgium, after an unsuccessful mission. The situation becomes complicated when their boss asks Ken to kill Ray.

Terry and Bob, two corrupt policemen, blackmail criminals for their personal gain. But when they decide to target a strip club manager, they get more than they bargained for.