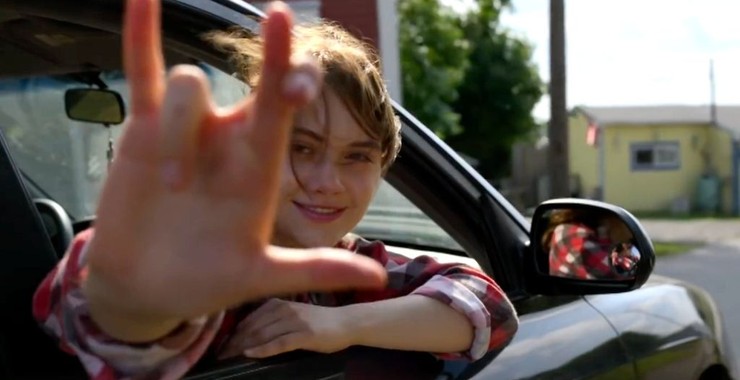 CODA (If you want a touching family drama) Vincent Georgie: At WIFF 2015, we showed our audience a beautiful French film called THE BELIER…

(If you want a touching family drama)

Vincent Georgie: At WIFF 2015, we showed our audience a beautiful French film called THE BELIER FAMILY. I’m happy to report that its American remake, CODA, is equally sincere, touching and rousing. Rarely have we contended with the complexity of deaf culture and hearing culture on-screen, and this film does so with heart and with nuance. Marlee Matlin and especially young Emilia Jones are simply wonderful. Expect Oscar nominations for this one.

Synopsis: Ruby is the only hearing member of a deaf family from Gloucester, Massachusetts. At 17, she works mornings before school to help her parents and brother keep their fishing business afloat. But in joining her high school’s choir club, Ruby finds herself drawn to both her duet partner and her latent passion for singing.

(If you love George Clooney)

Vincent Georgie: I think Clooney is the epitome of a movie-star, and I think this film uses his talents to full effect. He is funny, sad, charismatic and conflicted (much credit also goes to the strong script). The film can also take credit for giving us future star Shailene Woodley, in addition to a small but perfect performance from Judy Greer. I run very hot and very cold on filmmaker Alexander Payne’s work (sorry, but I couldn’t stand both ABOUT SCHMIDT and SIDEWAYS) but this one is at the top of his achievements (alongside ELECTION).

Synopsis: A father unites with his two daughters, after his wife goes into a coma. Together they try to find the man she was seeing before the accident.

Vincent Georgie: Canadian filmmaker Nicole Dorsey makes a very strong debut film, and uses her very specific time and place (1980s Newfoundland) to great effect. Ultimately, though, this is a character study of two oddly/dangerously intertwined lives. Roll the dice on this one, it’s worth it.

Synopsis: The seemingly separate lives of an anxious, disillusioned teen girl and a troubled, alienated man converge fatefully in this haunting exploration of womanhood, isolation, and toxic masculinity, set in 1980s Newfoundland.

Famous the world over, fashion designer Tom Ford made the leap to feature films successfully. As expected, his films are visually impeccable and frequently sensuous. His universe, like his characters, can be chilly and stilted but always interesting. A SINGLE MAN was one of the very best films of 2009 (Colin Firth hits quite the home run), and NOCTURNAL ANIMALS is a nasty fascination of a film (I found Aaron Taylor-Johnson’s divisive performance to be wildly engaging). Come for the high sartorial standards; stay for some fantastic performances.

George wants to kill himself after his partner of 16 years dies in a car accident. On his last day, his chance meetings with students, colleagues and his best friend Charley help him make a decision.

Susan receives a manuscript of her ex-husband Edward’s new novel and finds it very compelling. However, the story forces her to confront several disturbing truths about their marital life.