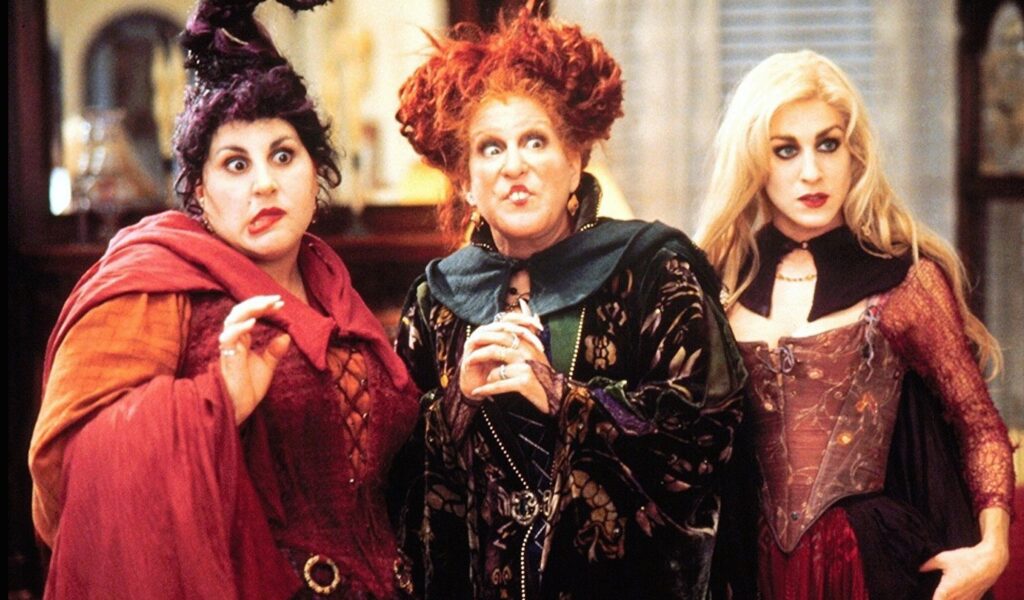 HOCUS POCUS (If you love Hallowe’en) Vincent Georgie: This Disney film from 1993 has taken a place in the hearts of many families as…

(If you love Hallowe’en)

Vincent Georgie: This Disney film from 1993 has taken a place in the hearts of many families as an annual must-watch Hallowe’en film. Whether it’s the spooky sets, the fun costumes or the very game cast (lead by Bette Midler), this film is ideal to show young ones for the first time, revisit for yourself or have on as you are carving pumpkins.

Synopsis: Three witches resurrect after 300 years to exact revenge and begin a reign of terror after Max, a young boy who moves to Salem with his family, lights a cursed Candle of Black Flame.

(If you love a good disaster)

Vincent Georgie: This Norwegian thriller does a terrific job of putting a full water disaster on-screen for your viewing pleasure. The visual effects are immersive, the excitement is palpable and you can’t help but wonder “How would I survive this?”. Have fun with this one.

Synopsis: A geologist and his family live near a scenic mountain pass in Norway. When it collapses, an 85-meter tidal wave descends upon them, threatening their existence.

(If you want a memorable experience)

Synopsis: Prepare yourself for an unparalleled sensory experience. SAMSARA reunites director Ron Fricke and producer Mark Magidson, whose award winning films BARAKA and CHRONOS were acclaimed for their combining visual and musical artistry. SAMSARA is a Sanskrit word that means “the ever turning wheel of life” and is the point of departure for the filmmakers as they search for the elusive current of interconnection that runs through our lives. Filmed over a period of almost five years in twenty-five countries, SAMSARA transports us to sacred grounds, disaster zones, industrial sites, and natural wonders. By dispensing with dialogue and descriptive text, SAMSARA subverts our expectations of a traditional documentary, instead encouraging our own inner interpretations inspired by images and music that infuses the ancient with the modern.

The first film is a slam-dunk, audience-loving doc with incredible music but also important social context. It’s at 99% on Rotten Tomatoes for a reason. The second film is a good film built around an outstanding performance by Jennifer Hudson as the Queen of Soul, Aretha Franklin. These two films pair beautifully. Enjoy.

SUMMER OF SOUL (…OR, WHEN THE REVOLUTION COULD NOT BE TELEVISED)

Over the course of six weeks during the summer of 1969, thousands of people attend the Harlem Cultural Festival to celebrate Black history, culture, music and fashion.

Following the rise of Aretha Franklin’s career — from a child singing in her father’s church choir to her international superstardom — it’s the remarkable true story of the music icon’s journey to find her voice.