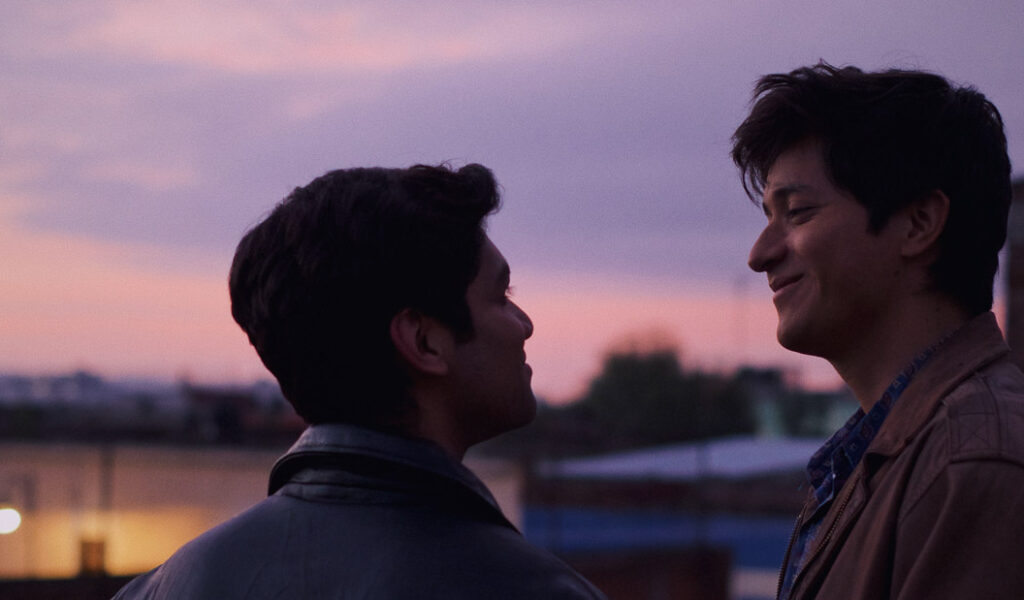 I CARRY YOU WITH ME (If you want a great love story) Vincent Georgie: The strength of this film is in both the wonderful…

I CARRY YOU WITH ME

(If you want a great love story)

Vincent Georgie: The strength of this film is in both the wonderful performances of the lead actors, and in the way the screenplay contends with themes of timing, fate, destiny and mysticism. I saw this film a few months ago and have not stopped thinking about it. I invite you to discover it.

Synopsis: A love story spanning decades begins with a chance encounter between two Mexican men before ambition and societal pressure push an aspiring chef to head to New York City.

Vincent Georgie: Filmmaker Sebastian Schipper’s script for this action film is only 12 pages long and, miraculously, was shot in one single-take from 4:30am-7am one night. The film goes off like a shot and, literally, never stops. It’s a marvel to watch. Always exciting, you are constantly impressed by what Schipper has pulled off here. A favourite from WIFF 2015.

Synopsis: A runaway party girl is asked by three friendly men to join them as they hit the town. Their wild night of partying turns into a bank robbery.

(If you want an incredible true story)

Vincent Georgie: Michelle Yeoh has never been better in this incredible drama that is entirely built around her many gifts as an actress. A terrific historical drama, French director Luc Besson shot the film around the world. It’s the kind of sweeping drama that gets made all too infrequently. Check this one out.

Synopsis: After the assassination of her politician father, young Aung San Suu Kyi grows to become a symbol of democracy in Burma, a country ravaged by militarism.

It’s easy to sing the praises of Craig’s rugged, debonair Bond but his initial casting in the series was met with much questioning. As we all prepare to see his final outing as Bond with the new NO TIME TO DIE finally hitting theaters, let’s look back on two of his best outings as 007.

An ex-MI6 agent steals a hard drive with top secret information to carry out a vendetta on Bond’s overseer, M. Bond must face his past in a bid to try and save M.

James Bond receives an obscure message from M about a sinister organisation, ‘SPECTRE’. With the help of Madeleine, he uncovers the conspiracy, only to face an ugly truth.