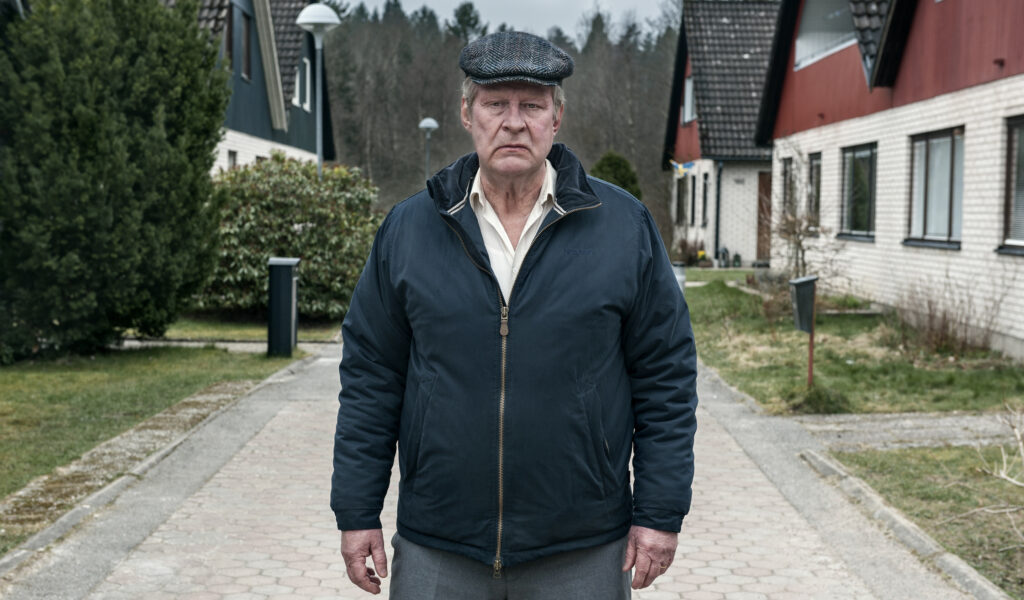 It’s the first round of recommendations for 2023 and we’re starting out strong! We’ve got an entertaining satire with The Menu, a couple of old WIFF favourites with Felix and Meira and A Man Called Ove, and an action-packed double-feature with the Under Siege series!

IF YOU want a wicked satire

Vincent Georgie: One of the sleeper hits of this past Fall, director Mark Mylod (tv’s “Succession”) has fashioned a brilliantly sharp, funny and even dangerous satire. Ralph Fiennes steals the show, but look for strong support in the background from Hong Chau and Janet McTeer. A jet-black comedy.

Synopsis: A young couple travels to an exclusive island restaurant where the chef has prepared a pricey, lavish menu. But it soon becomes clear that the dinner guests are about to be served some shocking surprises in this dark comedy.

if you want a slow-burn love story

Selected as the Opening Night Film at WIFF 2014, director Maxime Giroux’s sophisticated and deliberately paced story of star-crossed lovers is deepened by the religious, cultural and improbable odds of its lovers.

A knowing and intelligent observation of a hermetic community, from the eyes of a protagonist that is a bit of a hermit himself.

Synopsis: Félix and Meira is a story of an unconventional romance between two people living vastly different realities mere blocks away from one another. Each lost in their everyday lives, Meira, a Hasidic Jewish wife and mother and Félix, a Secular loner mourning the recent death of his estranged father, unexpectedly meet in a local bakery in Montreal’s Mile End district. What starts as an innocent friendship becomes more serious as the two wayward strangers find comfort in one another. As Felix opens Meira’s eyes to the world outside of her tight-knit Orthodox community, her desire for change becomes harder for her to ignore, ultimately forcing her to choose: remain in the life that she knows or give it all up to be with Félix.

if YOU WANT an uplifting story

Vincent Georgie: As we await the remake of this film with Tom Hanks (A MAN CALLED OTTO), let me point you to its memorable and spot-on cinematic adaptation from Sweden. A simply wonderful film. From WIFF 2016.

Synopsis: Ove is the quintessential angry old man next door. An isolated retiree with strict principles and a short fuse, who spends his days enforcing block association rules that only he cares about, and visiting his wife’s grave, Ove has given up on life. After a boisterous young family moves in next door and accidentally flattens Ove’s mailbox, an unlikely friendship forms.

Watch for free on Plex.

The best trend we saw cinematically over the past year was mass-appeal action/adventure films that were also terrific and of good quality (thinking of the sequels to TOP GUN and AVATAR, among others).

Let’s revisit a way-better-than-it-has-any-right-to-be original starring 90s action star Steven Seagal and the again surprisingly terrific sequel. You’re in for an exciting night at the movies, to be sure, with these titles.

A heroic loner takes on a group of nuclear terrorists in this seagoing yarn. Posing as a rock band, the terrorists get themselves hired for a party aboard the USS Missouri, a battleship en route to Pearl Harbor for decommissioning. They plan to steal the ship’s nuclear arsenal but haven’t reckoned on the intervention of the ship’s chef, a decorated former Navy SEAL.

Former U.S. Navy SEAL Casey Ryback has left the armed forces to lead a quiet life as a chef in Denver. While taking time off from his new job, Ryback decides to go on a scenic train trip with his niece Sarah. When the arrival of evil genius Travis Dane and an international team of hijackers interrupts their relaxing journey through the majestic Rocky Mountains, Ryback must get involved and save the day.