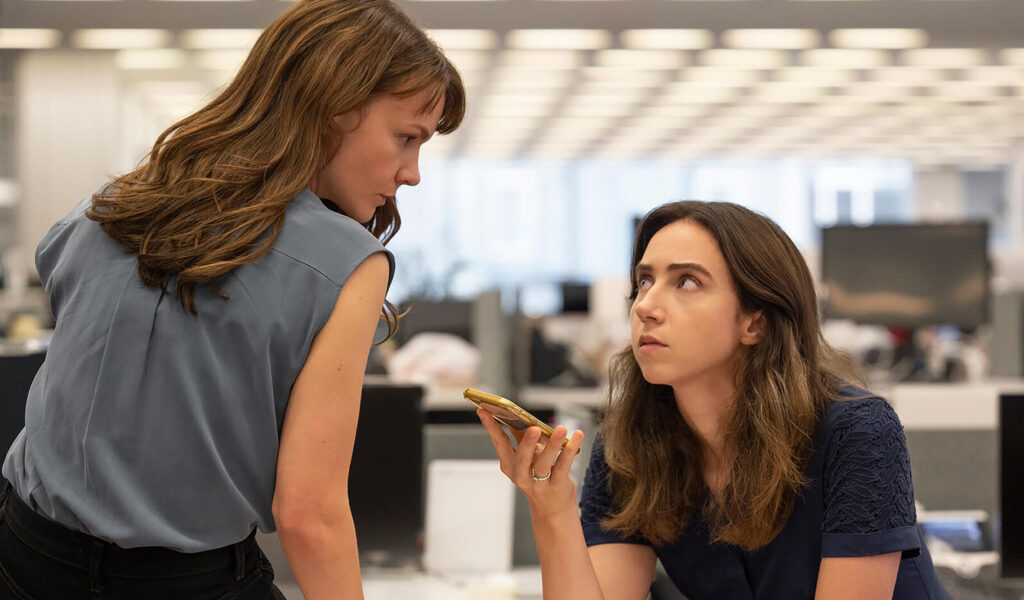 It’s that time again! Check out our weekly film recommendations and watch something great this weekend.

IF YOU want an excellent drama

Vincent Georgie: This true story is so well-known and so engrossing in and of itself that it actually benefits from the seemingly straightforward cinematic treatment it receives from director Maria Schrader. Just let the story speak for itself. While the lead stars Carey Mulligan and Zoe Kazan are perfectly cast, the film soars in the hands of supporting actresses Jennifer Ehle and Samantha Morton. These two, with very little screen time, mop the floor with everyone around them.

Synopsis: The New York Times journalists Megan Twohey and Jodi Kantor publish a report that exposes sexual abuse allegations against powerful Hollywood producer Harvey Weinstein. The shocking story also serves as a launching pad for the #MeToo movement, shattering decades of silence around the subject of sexual assault and harassment.

if you’re curious about bollywood

Vincent Georgie: One of the most popular and entertaining Bollywood films to cross over with North American audiences, RRR has to be seen to be believed. Incredible pacing, showstopping musical numbers, see-them-to-believe-them action sequences and, above all, a great sense of spectacle and joy. Press play and you will be hooked.

Synopsis: A tale of two legendary revolutionaries and their journey far away from home. After their journey, they return home to fight against British colonialists in the 1920s.

Vincent Georgie: If you crossed David Lynch and Michel Gondry by way of 1940s USA, you would get Quebec filmmaker Maxime Giroux at his most experimental and existential. Giroux’s film is frequently ambiguous and hallucinatory if that’s your game. Very strong production values make this one an interesting ride.

Synopsis: An aspiring actor in Quebec tries to make his way in a bizarrely disordered society ruled by an unseen fascist leader.

I was catching up with a friend on a sidewalk downtown and we got into a joyous conversation about the late, great filmmaker Michael Cimino. He made some of the grandest auteur cinema of the ’70s with the first film, and is frequently cited with killing the auteur movement in the ’80s with the second film (it was unfairly a big commercial flop). Thanks for the great suggestions, Blake.

In 1968, Michael (Robert De Niro), Nick (Christopher Walken) and Steven (John Savage), lifelong friends from a working-class Pennsylvania steel town, prepare to ship out overseas following Steven’s elaborate wedding and one final group hunting trip. In Vietnam, their dreams of military honor are quickly shattered by the inhumanities of war; even those who survive are haunted by the experience, as is Nick’s hometown sweetheart, Linda (Meryl Streep).

Harvard graduate James Averill (Kris Kristofferson) is the sheriff of prosperous Jackson County, Wyo., when a battle erupts between the area’s poverty-stricken immigrants and its wealthy cattle farmers. The politically connected ranch owners fight the immigrants with the help of Nathan Champion (Christopher Walken), a mercenary competing with Averill for the love of local madam Ella Watson (Isabelle Huppert). As the struggle escalates, Averill and Champion begin to question their decisions.