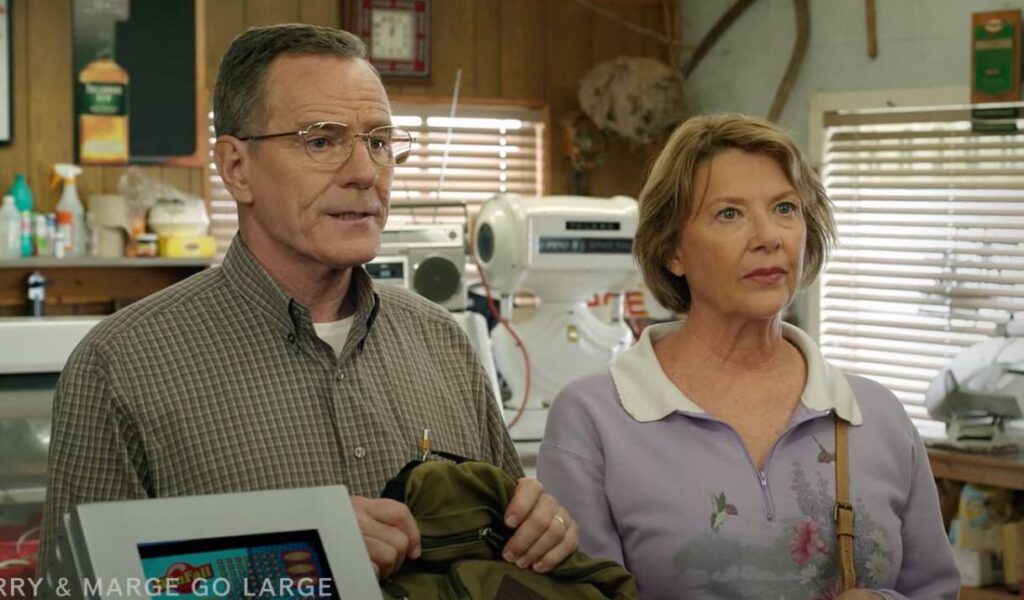 Two weeks into January and we’re here to help you stick to your resolution of watching more great films!

IF YOU want a winning new comedy

Vincent Georgie: This film was so under-the-radar that I dare you to find anyone that has seen it. Starring the appealing Bryan Cranston and Annette Bening in a true story out of Michigan. This one’s a great discovery.

Synopsis: When retiree Jerry Selbee discovers a mathematical loophole in the Massachusetts lottery, he and his wife go on an exciting, multimillion-dollar winning spree with the goal of reviving their small Michigan town. However, when a selfish college student cheats the system, Jerry must find a way to make the game fair for all.

if you want a triumphant true story

Vincent Georgie: I was unfamiliar with this court case and was absolutely riveted to this story of an innocent man wrongly accused, and the relentless plight of his wife to save him against an indifferent justice system. Highly, highly recommended. The definition of a hidden gem.

Synopsis: Michel, a deliveryman and father to two children, is falsely accused of sexual assault. During the trial he falls in love with Solange, one of his supporters, and she spends 10 years trying to get him freed.

if YOU love a good thriller

Vincent Georgie: Don’t read up too much about this film, just jump in. A rather wild and surprising film. You can’t even imagine the circumstances these people are in. Memorable. A sleeper hit at WIFF 2022.

Synopsis: A young mother who is married to a jealous man goes to Huda’s salon in Bethlehem. However, this ordinary visit turns sour when Huda blackmails the mother to have her work for the secret service of the occupiers, thus betraying her people…

It’s impossible not to enjoy every minute of these two films, thanks to absolutely wonderful songs but also meaningful portraits of the artists at hand. The Leonard Cohen film is expectedly terrific; the Tanya Tucker film is a real discovery. What a find.

An exploration of the life of singer-songwriter Leonard Cohen as seen through the prism of his internationally renowned hymn, `Hallelujah’.

An exploration of Tanya Tucker’s life and career, and the collaboration between Tanya Tucker and Brandi Carlile.