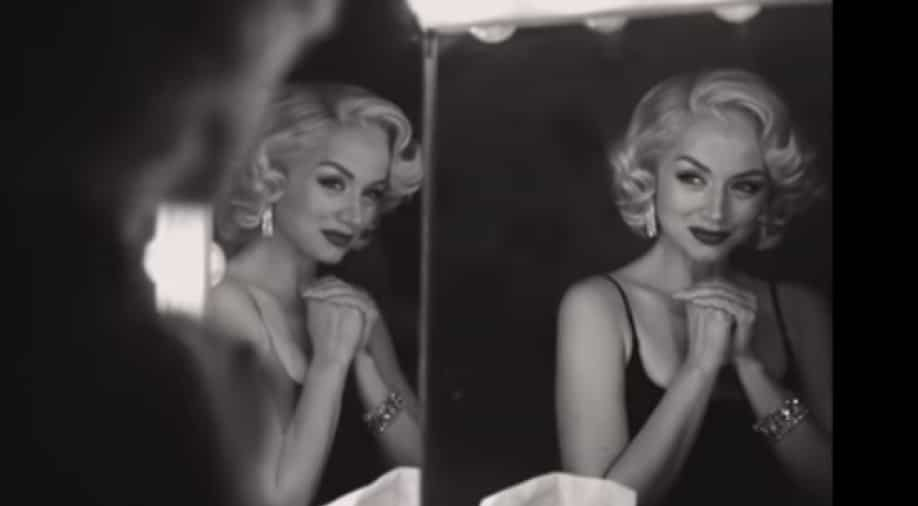 WIFF 2022 is only four weeks away! Celebrate this weekend with a great film. Here are our recommendations.

(If you want the hottest new Netflix film)

Vincent Georgie: Ana de Armas broke out in a big way in 2019’s KNIVES OUT. However, the strength of that film was its large ensemble. In Andrew Dominik‘s new film BLONDE, she’s very much the whole show and she proves that she has the star power and sensitivity to carry the film. Surely one of the most anticipated films of the year.

Synopsis: A look at the rise to fame and the epic demise of actress Marilyn Monroe, one of the biggest stars in the world.

(If you want some romance)

Vincent Georgie: The film was a behemoth at the box office when first released, thanks to its very appealing cast, great soundtrack and, yes, of course, the pottery making. The idea that “love never dies” is universal. An all-time classic love story.

Synopsis: This winner of two Academy Awards, GHOST is still one of the most memorable romantic ﬁlms ever made. Patrick Swayze is Sam, who recently departed from the living world, but was left behind in spirit form. While desperate to reconnect with the love of his life, Molly (Demi Moore), he discovers his death wasn’t just a random robbery gone bad. To solve his own murder, he enlists the talents of a skeptical psychic (Whoopi Goldberg), who doesn’t even believe in her own abilities. Featuring a memorable Maurice Jarre score and a heartbreaking, yet often funny script by Bruce Joel Rubin, GHOST is a truly unique genre-defying ﬁlm that will cross over into your heart and never leave.

the snows of kilimanjaro

(If you want a solid drama)

Vincent Georgie: If you want the kind of quality, international drama that is one of WIFF’s signatures, look no further than this title. Filmmaker Robert Guédigian frequently works with the same ensemble of actors in all of his films, and that kind of short-hand brings many on-screen benefits for audiences to appreciate.

Synopsis: A man spares his friend’s job by arranging to have himself made redundant. The goodwill he receives is soon shattered by a home invasion. When he discovers the man who robbed them was also fired from the shipyard he is conflicted.

While many film lovers know Mirren for her stately, high-end performances in numerous prestige films, let’s highlight the badass roots that are at the core of Mirren’s career. She’s been a risk-taker far longer than she’s been accepting Oscars for playing royalty. The first film is especially provocative. You’ve been warned. 😉

the cook, the thief, his wife, her lover

When churlish mobster Albert Spica (Michael Gambon) acquires an upscale French restaurant in London, he dines there nightly, effectively scaring off the clientele with his bad manners. His wife, Georgina (Helen Mirren), is especially disgusted by him, and soon begins an affair with another restaurant guest, Michael (Alan Howard). Despite their efforts to keep it a secret, however, Spica finds out about their trysts, and he plans to exact a terrible revenge.

Two Irish women face the ultimate dilemma of whether or not to sacrifice their sons’ lives for a cherished belief in the poignant drama Some Mother’s Son. Inspired by actual events, this intensely moving story pits the humanity of two ordinary Irish mothers against the cold cruelty of a hunger strike waged by notorious Irish Republican Army (IRA) leader Bobby Sands (John Lynch). Lifelong pacifist Kathleen Quigley (Helen Mirren) and fervent IRA supporter Annie Higgins (Fionnula Flanagan) must choose to honour their imprisoned sons’ wishes–allowing them to starve to death–or to intervene and defeat the cause.