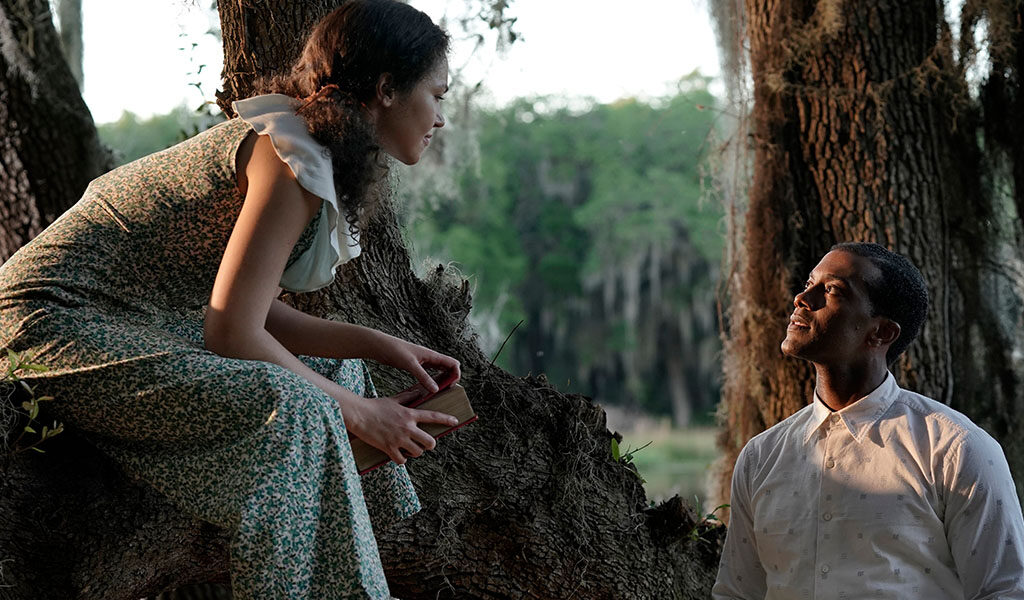 The temperature and leaves are dropping, and that means it’s officially Fall! Cozy up this weekend with a great film.

Vincent Georgie: A big deal when it made its World Premiere earlier this month at TIFF, this is Netflix’s first major collaboration with Tyler Perry and it’s a very good dramatic mystery of sorts.

While Tyler Perry could be easily dismissed as the creator of the polarizing yet very popular “Madea” films, one would be foolish to dismiss the notable talents that he has. Striking a serious register in this film, writer-director Perry shines.

Synopsis: A tale of forbidden love and family drama unravels 40 years of secrets and lies in the deep south.

(If you want something a little off-kilter)

Vincent Georgie: When approached with an open mind, Canadian filmmaker Lynne Stopkewich‘s film is an example of audacity and nuance. Star Molly Parker (best known for her many guest performances in popular American tv series) risked her career by taking on this part and, arguably, ultimately had her career made thanks to this part.

Synopsis: Teenager Sandra is obsessed with death, so much so that after wandering into a funeral home she wishes to be a mortician. But this fascination becomes highly sexual, as Sandra develops a taste for necrophilia. Her secret passion doesn’t cause any problems until she goes to college and meets medical student Matt, who soon falls for the unusual young lady. She comes clean about her morbid sexuality, but turning her on to the world of the living is no easy task.

(If you want an enjoyable comedy classic)

Synopsis: Snobbish and wealthy Joanna Stayton is living a life of leisure with her husband, Grant, when she falls off their yacht and suffers amnesia. Grant takes the opportunity to rid himself of the demanding Joanna — but Dean, a widowed carpenter with four kids who once worked for Joanna, arrives and claims she’s his wife. Joanna can’t remember her past identity but has trouble believing that she was ever meant to be a working-class mother of four.

IF YOU LOVE A GOOD TWIST

Some films are defined by how they successfully engage, captivate and, ultimately, pull the rug from right out under us. Here are two terrific mysteries that audiences around the world took the bait on.

A gruesome scene is left at a pier in San Pedro, south of Los Angeles. Twenty-seven dead bodies. A burned-out ship smouldering in the harbour. An FBI agent assesses the carnage and learns of two survivors: one in the hospital, the other a cripple from New York being held in the DA’s office. He heads to the hospital in search of answers.

There are no rules in “the game.” And that will make life very difficult for Nicholas Van Orton, a successful businessman who is always in control. Van Orton lives a well-ordered life – until an unexpected birthday gift from his brother destroys it all. Like it or not, Nicholas has been enrolled in a game – “a profound life experience” that begins quietly but soon erupts in a rush of devastating events. Van Orton has to win this deadly game or lose control of everything in his life.