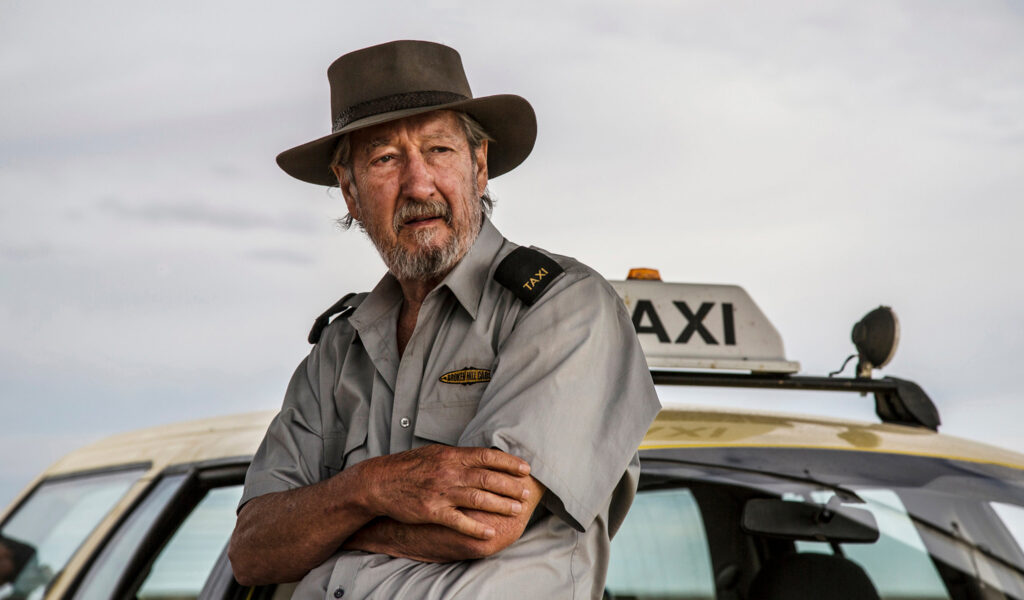 Gain some cinematic inspiration from this week’s #WeekendWatchlist picks.

(If you want a film to cheer for)

Vincent Georgie: This film played a few times on a weekday morning at WIFF 2016 and our team was greeted with emotional, grateful cheers from our audience. Sometimes you never know how a film is going to play but, as our team always says, “the audience knows best”. Trust our loyal and all-knowing audience: this one’s a winner.

Synopsis: Rex is a cab driver who has never left the mining town of Broken Hill in his life. When he discovers he doesn’t have long to live, he decides to drive through the heart of the country to Darwin, where he’s heard he will be able to die on his own terms; but along the way, he discovers that before you can end your life you’ve got to live it, and to live it you’ve got to learn to share it…

(If you want a film with an edge)

Vincent Georgie: French filmmaker François Ozon‘s films have appeared many times at WIFF. Arguably, this one is his most menacing, intriguing and erotically charged. Tuck the kids in before turning this one on.

Synopsis: When uptight British writer Sarah Morton has difficulty with her new detective novel, her publisher, John Bosload, sends her to his French country home to unwind. Once Sarah warms up to her new surroundings, her peace and quiet is interrupted by the arrival of Bosload’s daughter, Julie, a beautiful, uninhibited young woman. Though the two clash, they eventually form an unlikely bond — one that is strained when things take a dramatic turn.

PUMP UP THE VOLUME

(If you want perfect casting)

Vincent Georgie: Canadian Allen Moyle‘s well-regarded indie teen drama became a sensation of tone and verve thanks primarily to the spot-on-never-better casting of Christian Slater as the mischievously charismatic Hard Harry. All of the “…a young Jack Nicholson...” references to Slater were well-earned if, unfortunately, not realized in future films. But in this film, he’s absolutely intoxicating.

Synopsis: In Arizona, an introverted and insightful teenager, Mark Hunter, finds an outlet for his viewpoints through shortwave radio. Broadcasting as “Hard Harry,” Hunter uses his pirate radio show to rant against the injustices and hypocrisies taking place in the area, and in society in general. Hunter conceals his off-air identity, but a determined student discovers the truth, while Principal Creswood seeks to shut down Hunter once and for all.

Wrapping up this weekend, there is much anticipation around what film will capture TIFF 2022’s coveted People’s Choice prize. Let’s look back and enjoy two of the very popular past winners. You’re in fanciful, charming French hands with AMÉLIE (via Audrey Tautou‘s star-making performance) and then you can venture out to the funny and weird brilliance of Taika Waititi‘s JOJO RABBIT.

Amélie Poulain lives in Paris, and in a world of her own. Introverted, but with a very extroverted imagination, Amélie is obsessed with the small pleasures of life and believes she can twist the fate of others by affecting the slightest changes in their environment. So, she sets out to give the lonely and unloved a new lease of life, taking some time to enjoy skimming stones and planning to win the heart of Nino.

A World War II satire that follows a lonely German boy whose world view is turned upside down when he discovers his single mother is hiding a young girl in their attic. Aided only by his idiotic imaginary friend, Adolf Hitler, Jojo must confront his naive patriotism.