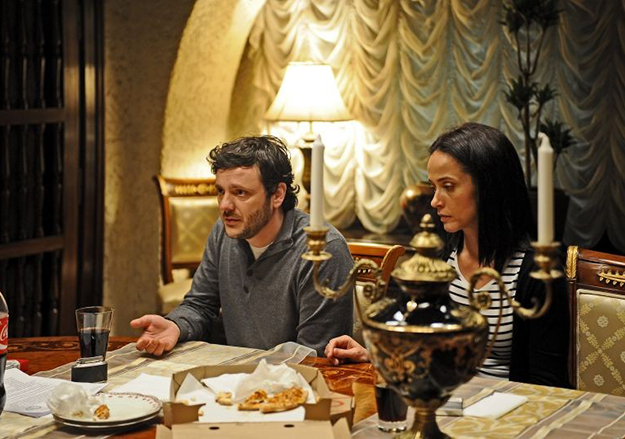 WHERE DO WE GO NOW? (If you want memorable characters)   Vincent Georgie: What is the solution to religious peace in an unnamed Middle Eastern…

WHERE DO WE GO NOW?

(If you want memorable characters)

Vincent Georgie: What is the solution to religious peace in an unnamed Middle Eastern country? Well, of course, it’s trick all of the men by hiding the weapons, lacing the food and distracting them with Ukrainian models. This film is joyous, romantic, musical and, above all, reminds us that women have this incredible power to bring peace and reason in situations of difference and conflict. The cast of primarily unknown Lebanese actors are perfection. A fave from WIFF 2012.

Synopsis: Set in a remote village where the church and the mosque stand side by side, Where Do We Go Now? follows the antics of the town’s women to keep their blowhard men from starting a religious war. Women heartsick over sons, husbands and fathers lost to previous flare-ups unite to distract their men with clever ruses, from faking a miracle to hiring a troop of Ukrainian strippers.

Vincent Georgie: Luminita Gheorghiu is considered one of Romania’s very best actresses, and the proof points are all over her memorable performance as a mother with ferocious commitment to protecting her family. Romania enjoyed a major cinematic cultural renaissance in the mid-2000s that continued for about a decade, affectionately referred to as the “Romanian New Wave”, and this film is a terrific example from that crop of films.

Synopsis: A sharply crafted family thriller, CHILD’S POSE pivots on a riveting performance by Luminita Gheorghiu as a steely, upper-class Bucharest architect determined to keep her 30-something deadbeat son out of jail after a deadly car crash. How far will she go to convince the police, eyewitnesses and even the victim’s family that her son was not recklessly speeding? A spellbinding drama of social commentary and psychological realism, this caustic look into the corrupt heart of the Eastern European bourgeoisie twists into a brilliantly ambiguous study of obsessive motherly love.