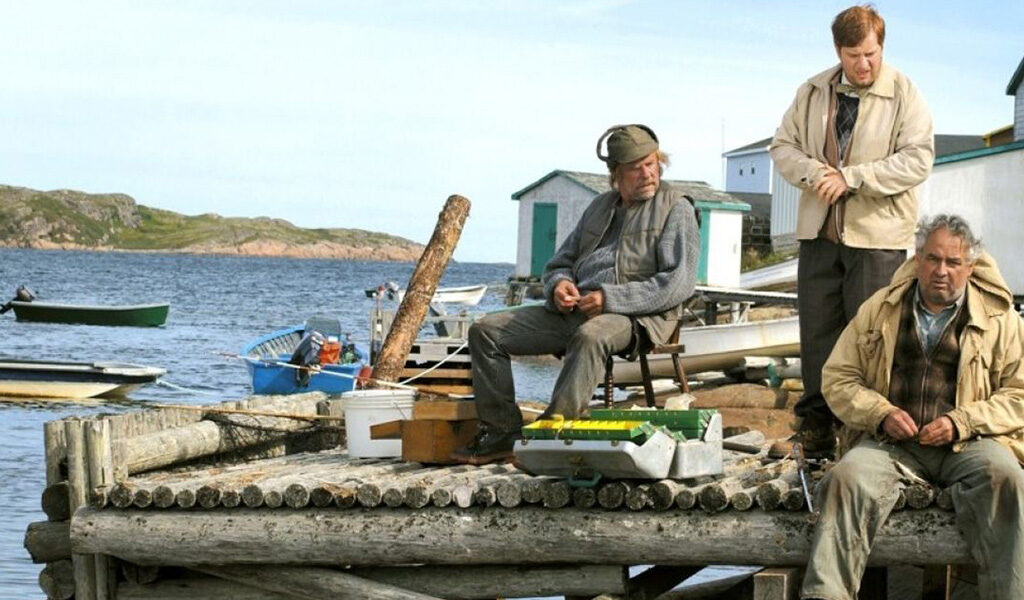 LA GRANDE SEDUCTION (If you want a light comedy) Vincent Georgie: A tremendous hit from Quebec that spawned an English-language remake, the magic of this…

(If you want a light comedy)

Vincent Georgie: A tremendous hit from Quebec that spawned an English-language remake, the magic of this film is that it nails small-town life and benefits from an appealing ensemble cast. Incredibly, their dogged pursuit of attracting a full-time medical doctor to a small community remains relevant.

Synopsis: A much-needed boost, in the form of a new factory, is promised to the residents of the tiny fishing village St. Marie-La-Mauderne, provided they can lure a doctor to take up full-time residency on the island. Inspired, the villagers devise a scheme to make Dr. Christopher Lewis a local.

Vincent Georgie: Writer-Director Jeff Nichols is one of the stronger talents working today, and clearly has passion for this film version of the landmark US Supreme Court case’s origins. Wisely, the film is focused on the deep love between its lead characters and not the eventual political ripples. Ruth Negga was nominated for a Best Actress Oscar for her work.

Synopsis: The story of Richard and Mildred Loving, a couple whose arrest for interracial marriage in 1960s Virginia began a legal battle that would end with the Supreme Court’s historic 1967 decision.

(If you love the Coen Bros)

Vincent Georgie: Moody, expertly lensed, and boasting an enviable cast of character actors (including Gabriel Byrne, John Turturro, Albert Finney and Marcia Gay Harden, among many others), this is a quality slow-burn gangster film.

Synopsis: Leo is the benevolent Irish gangster and political boss who rules an Easter city with the help of Tom, his trusted lieutenant and counsellor. But their control of the town is challenged by an overreaching Italian underboss and his ruthless henchman. Just as this threat erupts, Leo and Tom have a falling out over the same woman. Tom, is caught in the jaws of a violent gangland outcome.

The astounding, well-known contributions of Dr. Jane Goodall and the astounding, less well-known contributions of Dr. Anne Innis Dagg, both to the study of animals, are perfect for a double feature. Let your own love and appreciation of animals grow thanks to the research and incredible true stories of Drs Goodall and Innis Dagg.

Drawing from over 100 hours of never-before-seen footage that has been tucked away in the National Geographic archives for over 50 years, award-winning director Brett Morgen tells the story of JANE, a woman whose chimpanzee research challenged the scientific consensus of her time and revolutionized our understanding of the natural world. Set to a rich orchestral score from composer Philip Glass.

THE WOMAN WHO LOVES GIRAFFES

Dr. Anne Innis Dagg re-traces the steps of her 1956 journey to South Africa to study giraffes in the wild. Now, at 85 years old, Anne sees a contrast between the world of giraffes she once knew and the one it has become. Her harrowing journey gives us an intimate look into the factors that destroyed her career and the forces that brought her back.