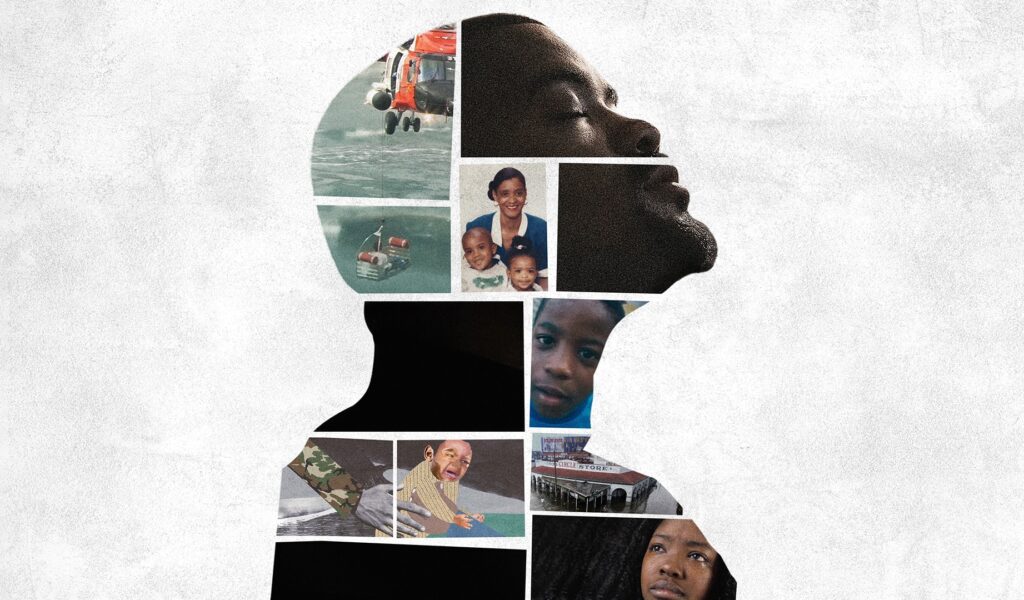 KATRINA BABIES (If you want an intriguing drama) Vincent Georgie: The film is interesting in that it forces us to consider not only what…

(If you want an intriguing drama)

Vincent Georgie: The film is interesting in that it forces us to consider not only what happens to communities hit with a natural disaster, but more interestingly, what happens to them long after resources, political interest and public attention have moved on. A very good discussion-starter of a film.

Synopsis: An intimate look at the aftermath of Hurricane Katrina and its impact on the youth of New Orleans.

(If you want a peculiar comedy)

Vincent Georgie: Based on a bizarre true story, the price of admission is easily paid for by a trio of amusing (and self-amused) performances by Jack Black, Shirley MacLaine, and a very fun Matthew McConaughey. Truth is always stranger and, in this case, funnier than fiction.

Synopsis: Based on a true story set in Carthage, Texas, the local funeral director Bernie Tiede was one of the town’s most beloved residents. Everyone loved Bernie, so it came as no surprise when he befriended Marjorie Nugent, a wealthy widow known for her sour attitude, though when he killed her, he went to great lengths to create the illusion that she was still alive. A quirky black comedy with incredible acting performances.

(If you want an engrossing drama)

Vincent Georgie: Lead by an excellent ensemble of actresses, the key to this film is the understated approach that writer-director John Sayles brings to all of his films. This is a real under-the-radar gem.

Synopsis: A group of women, including Skipper, the wealthy young Jennifer and the domineering Nan, journey from the United States to South America in hopes of easily adopting children. Unfortunately, their plans are complicated by local laws that require the women to live in the foreign nation for an extended period before they can take in orphaned kids. While stuck in another country, the women bond as they share their aspirations and anxieties.

Not available on major film distributors.

The affable, appealing everyman of 20th Century film, Jimmy Stewart stars in two of his most entertaining and beloved films. .

YOU CAN’T TAKE IT WITH YOU

Sweet-natured Alice Sycamore falls for banker’s son Tony Kirby. But when she invites her snooty prospective in-laws to dinner to give their blessing to the marriage, Alice’s peculiar extended family — including philosophical grandfather Martin Vanderhof, hapless fledgling ballerina sister Essie and fireworks enthusiast father, Paul — might be too eccentric for the staid Kirbys.

This classic romantic comedy focuses on Tracy Lord, a Philadelphia socialite who has split from her husband, C.K. Dexter Haven, due both to his drinking and to her overly demanding nature. As Tracy prepares to wed the wealthy George Kittredge, she crosses paths with both Dexter and prying reporter Macaulay Connor. Unclear about her feelings for all three men, Tracy must decide whom she truly loves.