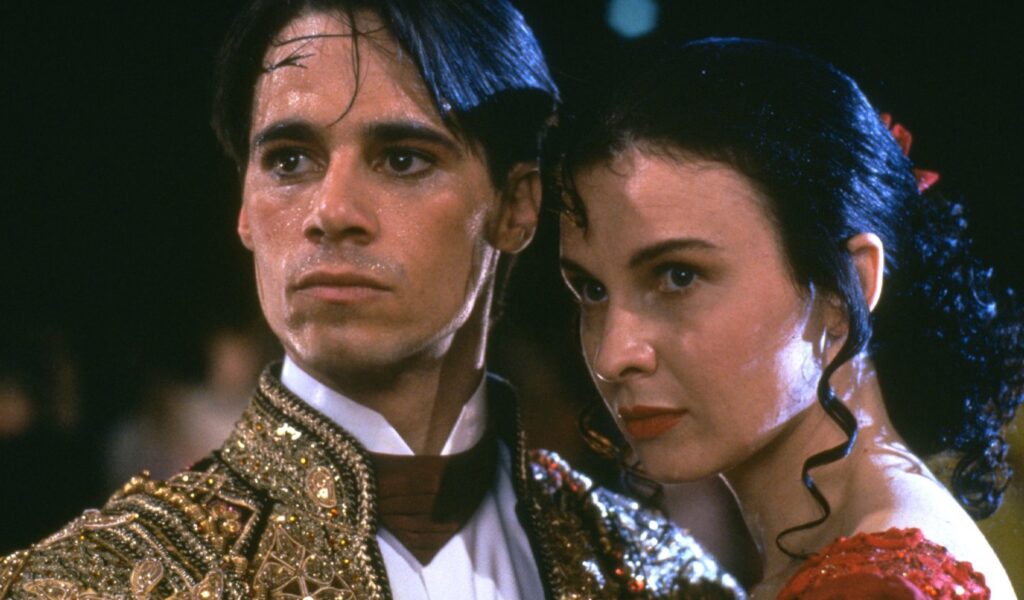 PRISONERS (If you want an excellent mystery) Vincent Georgie: Canada’s Denis Villeneuve has assembled an all-star cast for his haunting, high-quality mystery surrounding the…

(If you want an excellent mystery)

Vincent Georgie: Canada’s Denis Villeneuve has assembled an all-star cast for his haunting, high-quality mystery surrounding the disappearance of two children in a small community. Somehow seeming to take place in a universe similar to TV’s “Mare of Easttown”, this film from 2013 is exquisitely shot and features the likes of Hugh Jackman, Jake Gyllenhaal, Melissa Leo and Viola Davis, among many others. You won’t be disappointed.

Synopsis: When the police take time to find Keller Dover’s daughter and her friend, he decides to go on a search himself. His desperation leads him closer to finding the truth and also jeopardizes his own life.

(If you want some razzle dazzle)

Vincent Georgie: Years before his pop-culture hit MOULIN ROUGE!, director Baz Luhrmann announced himself as a major new talent with his high energy, warm-hearted and gaudily stylish Australian ballroom romance. Loaded with a great soundtrack, ridiculous characters and a very specific comedic flavour, this film is reminiscent of a period in the early/mid 90s where many Australian comedies were proving themselves to be popular imports to North America. The film is held together by the very appealing lead actor, Paul Mercurio. He ended up disappearing into obscurity within a few years, but that does not detract by the star quality he displays in this film. A real winner of a film.

Synopsis: This romantic comedy is about the dreams of youth and ultimate fulfillment. It tells a story of love and conflict of two young people fighting for artistic freedom against a repressive regime.

(If you want a moving drama)

Vincent Georgie: Based on a true story of a father learning to live with his opioid-addicted son, the film is a real showcase for both lead performers. Steve Carrell (as he proved in the excellent FOXCATCHER) is an outstanding and grounded dramatic actor, and Timothee Chalamet (the best actor of his generation) confirms his gifts as a follow-up from CALL ME BY YOUR NAME. The father and son scenes are moving, longing, and, ultimately, true. Well-done.

Synopsis: Teenager Nicolas Sheff seems to have it all with good grades and being an actor, artist, athlete and editor of the school newspaper. When Nic’s addiction to meth threatens to destroy him, his father does whatever he can to save his son and family.

Easily, this is one of the double-feature pairings at WIFF Under The Stars drive-in event that people talk to me about the most, and they are usually smiling, kind of giddy and ready to relive their love for these films.

While home sick in bed, a young boy’s grandfather reads him the story of a farm boy-turned-pirate who encounters numerous obstacles, enemies and allies in his quest to be reunited with his true love.

Chris Parker agrees to babysit after her boyfriend, Mike Todwell, stands her up. Expecting a dull evening, she settles down with three kids for a night of TV…and boredom. But when her frantic friend, Brenda, calls and pleads to be rescued from the bus station in downtown Chicago, the evening soon explodes into an endless whirl of hair raising adventures. Chris and the kids leave their safe suburban surroundings and head for the heart of the big city, never imagining how terrifyingly funny their expedition will become.

THE PRINCESS BRIDE and ADVENTURES IN BABYSITTING are screening at WIFF Under the Stars on Thursday, September 2 at approx. 7:45pm. Purchase your tickets online by clicking HERE.