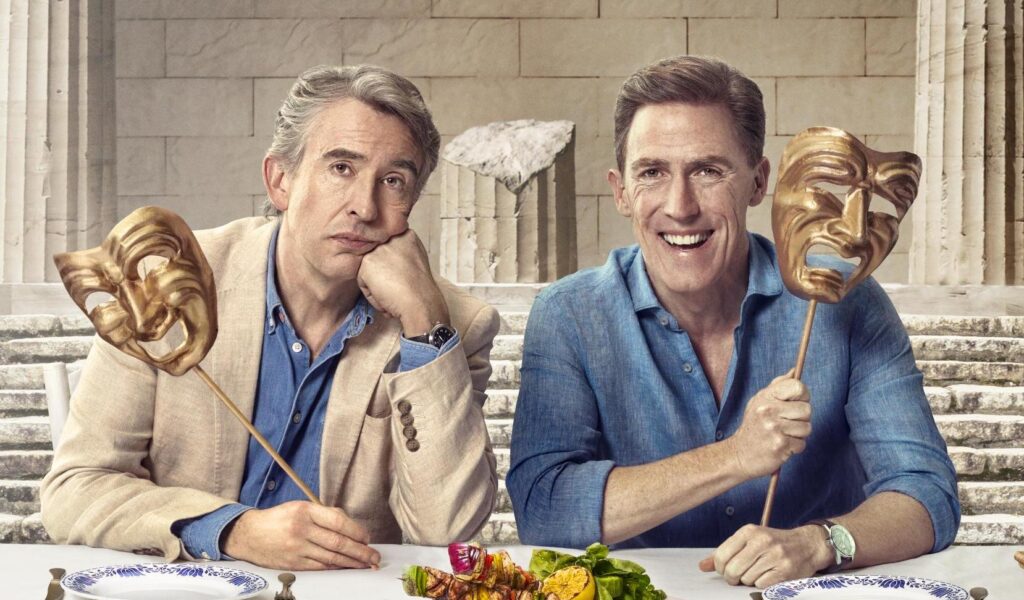 CHASING CORAL (If you want to learn)   Vincent Georgie: Did I know much about the coral reefs prior to this film? Modest at best….

(If you want to learn)

Vincent Georgie: Did I know much about the coral reefs prior to this film? Modest at best. What I appreciated so much about this film is that it opened up my eyes and intrigued me as to what the scientific realities are in our oceans. Daringly, the film can be even described as a mystery as it imbues a deep sense of discovery and revelation. As expected, the film is also absolutely beautiful to look at too.

Synopsis: Coral reefs around the world are vanishing at an unprecedented rate. Divers, photographers and scientists set out on an ocean adventure to discover why the reefs are disappearing and to reveal the underwater mystery to the world.

THE TRIP TO GREECE

VG: The fourth and final installment of this very popular British travel-comedy (after THE TRIP, THE TRIP TO ITALY and THE TRIP TO SPAIN), this final trip to Greece finds the endlessly witty frenemies on a real Odyssey of sorts. If you like your banter long, your lines sharp and your delivery impeccable, leave it to stars Steve Coogan and Rob Brydon to deliver.

Synopsis: When Odysseus left Troy it took him ten years to get back to his home in Ithaca. Steve and Rob have only six days on their own personal odyssey in THE TRIP TO GREECE. On the way they argue about tragedy and comedy, astronomy and biology, myth, history, democracy and the meaning of life!

THE GIRL WITH ALL THE GIFTS

(If zombies are your jam)

VG: This below-the-radar film was an under-seen but well-liked fave from WIFF 2016. Catch up with it here if you were a fan of the tv series “The Walking Dead”. The film tells the tale of a dystopian society where a mysterious fungal disease is destroying the world. The only way to save the world? A small band of unusual children. If you can handle this kind of escape right now, it’s a fantastic film.

Synopsis: One of several children immune to a mutated fungal disease that has eradicated free will and turned the rest of humanity into cannibalistic zombies, a gifted young girl escapes the safety of a special school and helps guide mankind’s survival.

A SIMPLE TWIST OF FATE

VG: Steve Martin has had an illustrious career as an on-screen comic master. One of his films that has stayed with me for years, is also one of his least seen. In a rare dramatic turn, Martin turns in a touching performance as a man who comes to find a young girl on his doorstep. What is emotionally so resonant in this film is how it handles the possibility of genuine love and care between an adult and a child who are not related to each other. This is not your typical Steve Martin witty vehicle. Instead, it’s a sincere story about the possibilities that life presents you with.

Synopsis: Small-town recluse Michael McCann (Steve Martin) lives an isolated existence until unusual events pull him out of his shell. After his beloved coin collection is stolen, an orphaned toddler suddenly appears at his house. Unknown to Michael, who adopts the little girl, she is the illegitimate child of local politician John Newland (Gabriel Byrne), who keeps his secret to protect his reputation. Later, however, Newland decides to go public with his revelation, leading to a custody battle.