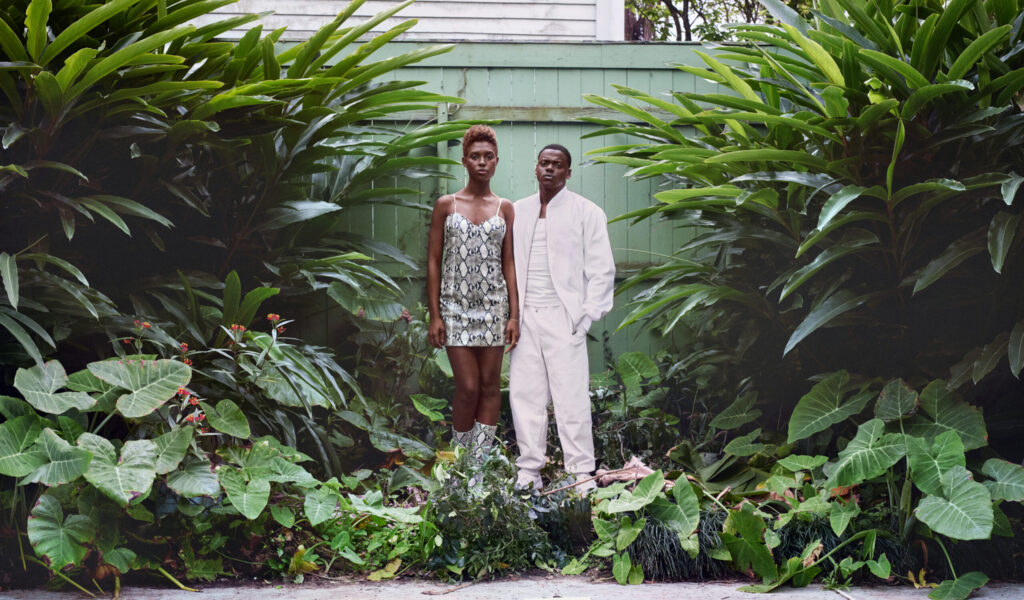 QUEEN AND SLIM (If you want a terrific film that you’ve never heard of) Vincent Georgie: This absorbing, fraught and energetic drama about a…

Vincent Georgie: This absorbing, fraught and energetic drama about a first date that evolves into something much more potent somehow got lost in the shuffle at the end of 2019. Catch up with it to see two top-notch lead performances, as well as a plot that is riddled with complications.

Synopsis: While on a forgettable first date together in Ohio, a black man (Daniel Kaluuya) and a black woman (Jodie Turner-Smith), are pulled over for a minor traffic infraction. The situation escalates, with sudden and tragic results, when the man kills the police officer in self-defense. Terrified and in fear for their lives, the man, a retail employee, and the woman, a criminal defense lawyer, are forced to go on the run. But the incident is captured on video and goes viral, and the couple unwittingly become a symbol of trauma, terror, grief and pain for people across the country.

(If you need a role model right about now)

Vincent Georgie: A favourite from WIFF 2018, this Oscar-nominated documentary convinces us in mere moments why Justice Ruth Bader Ginsberg is one of the most compelling leaders we have right now. The film wisely side-steps just being a “fan doc” and instead spends time illustrating RBG’s choices in life and decisions in court and lets them speak for themselves.

Synopsis: At the age of 84, U.S. Supreme Court Justice Ruth Bader Ginsburg has developed a breathtaking legal legacy while becoming an unexpected pop culture icon. But without a definitive Ginsburg biography, the unique personal journey of this diminutive, quiet warrior’s rise to the nation’s highest court has been largely unknown, even to some of her biggest fans – until now. RBG is a revelatory documentary exploring Ginsburg ‘s exceptional life and career from Betsy West and Julie Cohen, and co-produced by Storyville Films and CNN Films.

(If you crave a mature romance)

Vincent Georgie: Liam Neeson and Lesley Manville play a long-married couple in-crisis due to her recent cancer diagnosis. The two Oscar nominated actors bring the film to life because they mine the depths of a long marriage to tell this all-too-relatable story. Moving and impressive.

Synopsis: Joan and Tom (Academy Award nominee Lesley Manville and Liam Neeson) have been married for many years. An everyday couple with a remarkable love, there is an ease to their relationship which only comes from spending a lifetime together. When Joan is diagnosed with breast cancer, the course of her treatment shines a light on their enduring devotion, as they must find the humor and grace to survive a year of adversity.

(If you love true crime)

Vincent Georgie: I’ve seen the film a dozen times (at least) and am never less than enthralled by the true story of aristocrat Claus von Bulow and his conviction, and ultimate acquittal, of charges of attempted murder of his wife Sonny. Jeremy Irons as Claus, Glenn Close as Sonny and an uncanny Ron Silver as Harvard Law professor Alan Dershowitz are each in spectacular form because they somehow balance the sinister story with, unexpectedly, a fair amount of dry wit and humour. A tonally ambitious film, with great multiple-viewing value.

Synopsis: Barbet Schroeder’s fact-based drama stars Jeremy Irons as Claus von Bulow, the infamous New York socialite accused of attempting to kill his wife Sunny (Glenn Close) with an overdose of insulin (she slipped into a coma instead). Ron Silver stars as Alan Dershowitz, Von Bulow’s defense attorney; it is Dershowitz’s book on which the movie is based.