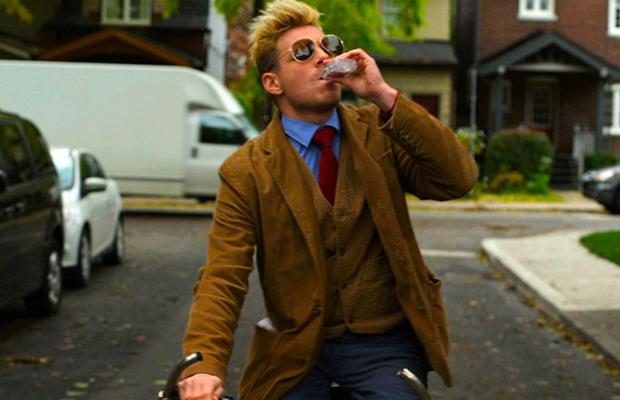 (If you love Canadian comedy)

Vincent Georgie: Writer-director-star Pat Mills (former child star of the Canadian classic tv show “You Can’t Do That On Television”) joined us at WIFF 2015 with his scrappy tale of the last person in the world who should ever be giving advice to anyone becoming, you guessed it, a guidance counsellor.

Synopsis: David Gore fakes his resume and is hired as a high school guidance counsellor. The students love him after he drinks and smokes with them, and when he meets Jabrielle, a teenage outcast, he learns sometimes you can go too far.

(If you are skeptical about raising awareness)

Vincent Georgie: Canadian filmmaker Lea Pool‘s film will surely give you pause as she questions what she believes are the manufactured intentions of corporations but, more damningly, the achingly sincere (and sometimes misguided) efforts of average people who might not realize how/if they are being manipulated. This one will generate good conversation afterwards.

Synopsis: Filmmaker Léa Pool sheds light on how the fight against breast cancer has led to a financial windfall for certain corporations and marketing firms.

Vincent Georgie: From WIFF 2012, and starring an impressive lead performance by Connor Jessup (who easily fulfilled his promise in film and television for years to come). Nova Scotia filmmaker Jason Buxton has made an incredibly well-made, absorbing and effective drama. A surprise winner of the Best Canadian Film Award at TIFF 2012, only to those that had not seen it.

IF YOU LOVE CAN LIT

Based upon one of the most beloved and successful Canadian novels of all time by Mordecai Richler, BARNEY’S VERSION is anchored by an excellent cast lead by a perfect Paul Giamatti. The film adaptation of Carol Shields’ novel, UNLESS is an emotional drama starring Catherine Keener and Hannah Gross. Both films abound in great Canadian locations to boot.

Toward the end of his life, Barney Panofsky looks back on his triumphs and tragedies, beginning with an ill-fated relationship with Clara, whom he marries when she becomes pregnant. When that falls apart, he moves back home to Montreal and gets married twice more, finally finding contentment with Miriam, his third wife. Through it all, Barney is sustained by his work in television, raising children and the advice of his father.

A writer struggles with her daughter’s decision to drop out of college and live on the streets.