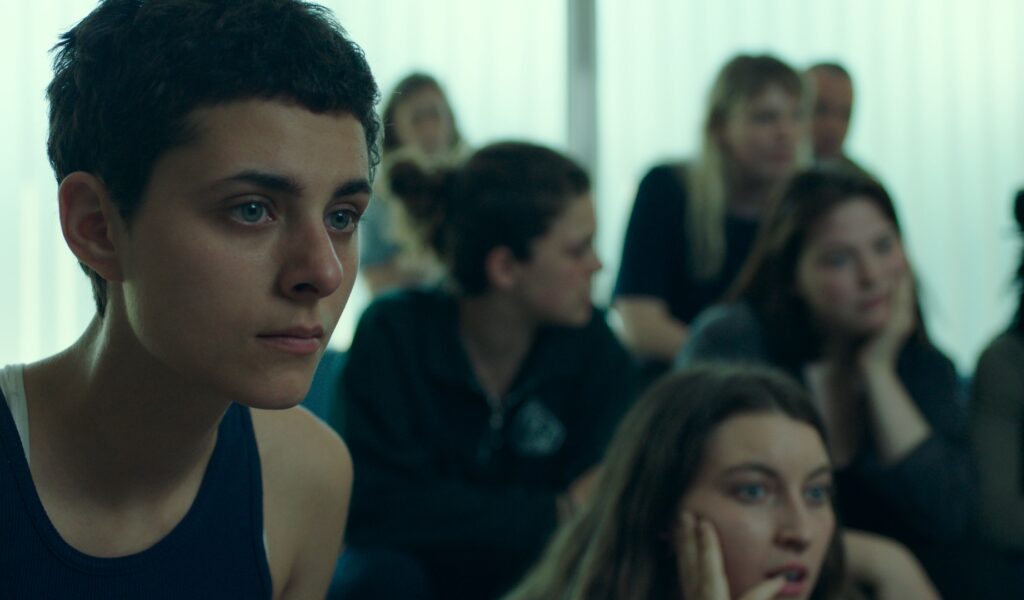 ANTIGONE (If you want to be intrigued)   Vincent Georgie: Sophie Desraspe’s acclaimed, compelling retelling of the Greek tragedy was one of the most acclaimed…

(If you want to be intrigued)

Vincent Georgie: Sophie Desraspe’s acclaimed, compelling retelling of the Greek tragedy was one of the most acclaimed Canadian dramas at WIFF 2019. Re-setting its story in conflicted, multi-cultural Montreal, its story of a young woman in trouble grips you.

Synopsis: In a reimagining of the ancient Greek drama, the world of a contemporary immigrant family in Montreal is laid bare, their struggles to assimilate and their complex relationships exposing the current climate of immigration across the globe. As established citizens continue to interact with their new immigrant neighbors, tensions begin to bubble. Directed by Sophie Deraspe, starring Nahéma Ricci, Rawad El-Zein, and Hakim Brahimi.

(If you want to cheer)

Vincent Georgie: Miranda de Pencier’s heartwarming story of a team of underdog lacrosse players in an Arctic Inuit community brings laughs, cheers and tears accordingly. Based on a true story, the film was a real fan favourite at WIFF 2018.

Synopsis: In a small Arctic town struggling with the highest suicide rate in North America, a group of Inuit students’ lives are transformed when they are introduced to the sport of lacrosse in this true-story account of tenacity, renewal, and inspiring resilience.

(If you want a light-hearted laugh)

Synopsis: It’s vacation time for outdoorsy Chicago man Chet Ripley (John Candy), along with his wife, Connie (Stephanie Faracy), and their two kids, Buck (Chris Young) and Ben (Ian Giatti). But a serene weekend of fishing at a Wisconsin lakeside cabin gets crashed by Connie’s obnoxious brother-in-law, Roman Craig (Dan Aykroyd), his wife, Kate (Annette Bening), and the couple’s two daughters. As the excursion wears on, the Ripleys find themselves at odds with the stuffy Craig family.

GORDON LIGHTFOOT: IF YOU COULD READ MY MIND

(If you want to watch & sing along)

Vincent Georgie: Thanks to exceptional and rarely seen footage and interviews, this entertaining doc about Canadian music legend Gordon Lightfoot will have you singing and humming for most of its run time. Perfect for fans but also those new to Lightfoot’s music. A major crowd-pleaser at WIFF 2019.

Synopsis: Gordon Lightfoot: If You Could Read My Mind is an exploration of the career, music, and influence of legendary Canadian musical icon Gordon Lightfoot. With unprecedented access to the artist, the documentary follows Lightfoot’s evolution from Christian choirboy to troubled troubadour to international star and beloved Canadian icon.