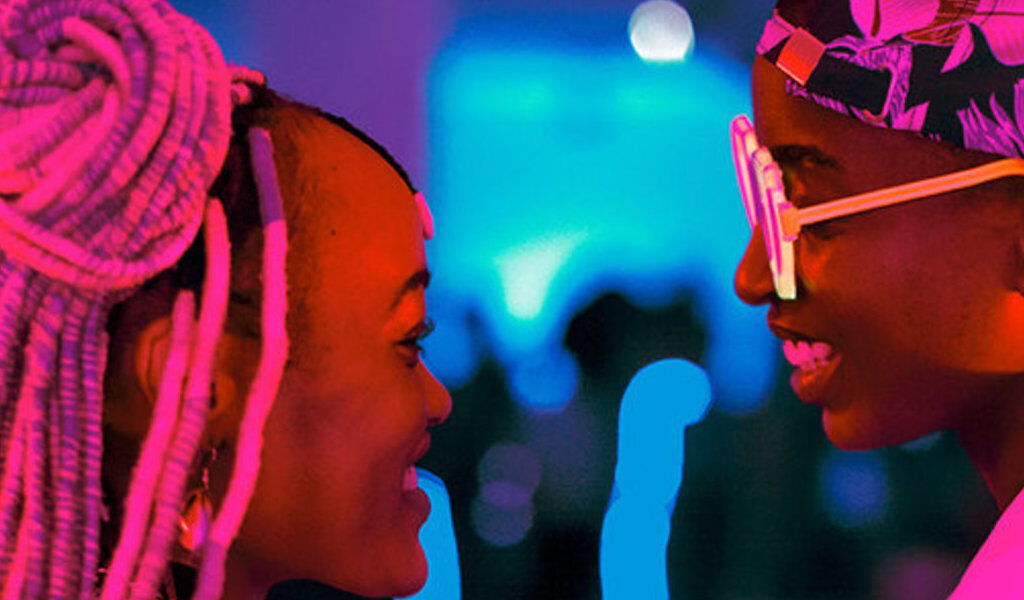 A FANTASTIC WOMAN (If you want to be impressed & entertained)   Vincent Georgie: From WIFF 2017, this Oscar-winning Chilean film stars a blazing Daniela…

(If you want to be impressed & entertained)

Vincent Georgie: From WIFF 2017, this Oscar-winning Chilean film stars a blazing Daniela Vega as a trans-woman fighting to preserve her status and standing, after her male partner dies. The film blends elements of romance, the supernatural and even, yes, the fantastic.

Synopsis: Marina (Daniela Vega), a transgender nightclub singer, comes under suspicion when her much older lover Orlando (Francisco Reyes) dies suddenly. After being harassed and threatened by her late boyfriend’s vengeful relatives and the police, she must defend her rights as both Orlando’s partner and as a human being.

KEEP THE LIGHTS ON

(If your relationship status is “it’s complicated”)

Vincent Georgie: Ira Sach’s beautiful, aching love story about a Danish filmmaker set on saving his addicted lawyer boyfriend, is for all those that can relate to wanting to love someone in ways they might not even be capable of doing. The chemistry between the two leads is palpable, making their passion and struggle all the more authentic. Seek out this under-seen gem of a film.

Synopsis: It’s 1997 and New York City is in a state of intense flux when documentary filmmaker Erik Rothman (Thure Lindhardt) first meets Paul Lucy (Zachary Booth), a handsome but closeted lawyer in the publishing field. What begins as a highly charged first encounter soon becomes something much more, and a relationship quickly develops. As the two men start building a home and life together, each continues to privately battle their own compulsions and addictions. A film about sex, friendship, intimacy and most of all, love, Keep the Lights On takes an honest look at the nature of relationships in our times.

(If you want to make a statement)

Vincent Georgie: Wanuri Kahiu’s film was ban in her home country of Kenya, due to its lesbian content. The filmmaker took great pains, and took on great risk, to get her film seen outside of Kenya at all. We were particularly proud to bring the film to WIFF fans in 2018, as the film is an energetic, emotional and beautiful story of young women in love.

Synopsis: “Good Kenyan girls become good Kenyan wives,” but Kena and Ziki long for something more. Despite the political rivalry between their families, the girls resist and remain close friends, supporting each other to pursue their dreams in a conservative society. When love blossoms between them, the two girls will be forced to choose between happiness and safety.

(If coming of age is where you’re at)

Vincent Georgie: Deceptively, the film appears to be a teenage coming of age story, but that’s not totally true. This is a nuanced coming of age story for anyone and everyone discovering themselves, desiring another, and wondering what to do about when it doesn’t all fit cleanly into a neat little package. The film is sensitive, entertaining and just feels true. Shot in Sault Ste. Marie, and featuring a winning lead performance by Josh Wiggins, well supported by Maria Bello, Darren Mann and Kyle MacLachlan. This was a sleeper hit at WIFF 2018.

Synopsis: Franky Winter (Josh Wiggins) and Ballas Kohl (Darren Mann) have been best friends since childhood. They are high school royalty: handsome, stars of the swim team and popular with girls. They live a perfect teenage life – until the night of Franky’s epic 17th birthday party, when Franky and Ballas are involved in an unexpected incident that changes their lives forever. Giant Little Ones is a heartfelt and intimate coming-of-age story about friendship, self-discovery, and the power of love without labels.