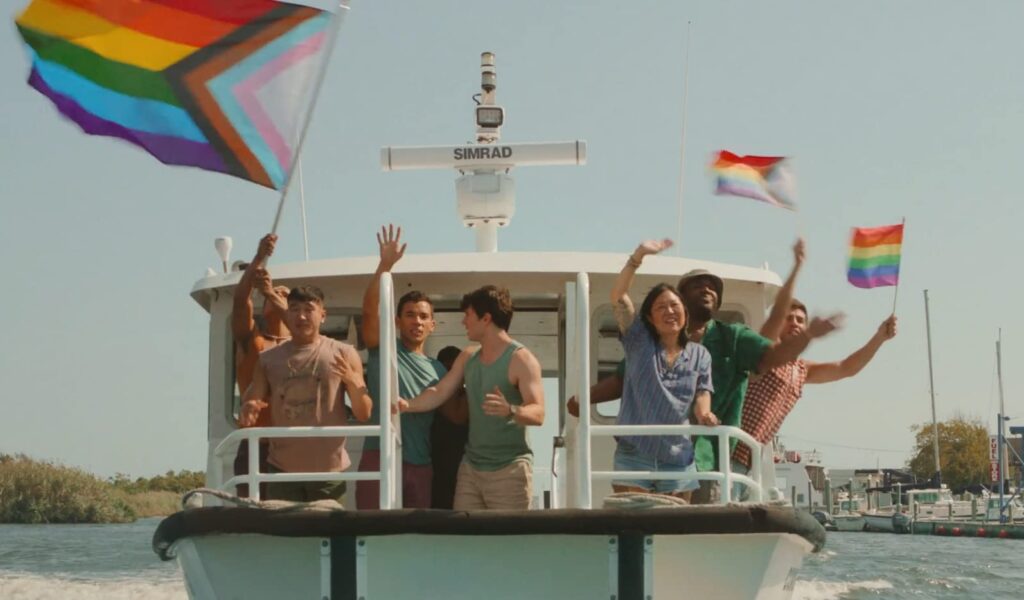 FIRE ISLAND (If you want a fun summer comedy) Vincent Georgie: Bowen Yang has been the breakout star on SNL the past few seasons,…

(If you want a fun summer comedy)

Vincent Georgie: Bowen Yang has been the breakout star on SNL the past few seasons, and it’s well deserved. He’s a life force of talent and originality. In the most unusual way, he has adapted Jane Austen’s novel “Pride and Prejudice” into a gay romp on the (in)famous Fire Island in New York. It’s very funny but also surprisingly touching and even oddly faithful (keep an open mind) to the spirit of the original novel. You’re in for a good time.

Synopsis: A group of queer best friends gather in the Fire Island Pines for their annual week of love and laughter, but when a sudden change of events jeopardizes their summer in gay paradise, their bonds as a chosen family are pushed to the limit.

(If you want top talent on-screen)

Vincent Georgie: Both Ralph Fiennes and Cate Blanchett are synonymous with excellence in their performances and in the projects they choose. Let’s start there. In this underseen drama from the late 90s, you will find the two of them front and center in a sensitive, adult drama where they are given a beautiful showcase for their talents. A quality film from start to finish.

Synopsis: After a childhood of abuse by his evangelistic father, misfit Oscar Hopkins becomes an Anglican minister and develops a divine obsession with gambling. Lucinda Leplastrier is a rich Australian heiress shopping in London for materials for her newly acquired glass factory back home. Deciding to travel to Australia as a missionary, Oscar meets Lucinda aboard ship, and a mutual obsession blossoms. They make a wager that will alter each of their destinies.

JFK REVISITED: THROUGH THE LOOKING GLASS

(If you are into political intrigue)

Vincent Georgie: Filmmaker Oliver Stone made his controversial masterpiece JFK in 1991. 30 years later, he has returned with an extension to that incredible film, now focused on sharing all of the updates to the case that have now been made available through declassification the past three decades. Is the film stuffed with details? Absolutely. Does the film go down a few rabbit holes? Most definitely. The value here is seeing a filmmaker so committee to this story that he has provided an unimaginably detailed and frequently fascinating update to one of the most puzzling and divisive true crimes of the 20th century.

Synopsis: Declassified files related to President Kennedy’s assassination in a far larger context, aiming to shine more light on what really happened in 1963.

If you can hear Sir Richard Attenborough‘s rich voice utter that famous/fatal welcome, this double feature is for you. As we get ready for JURASSIC WORLD DOMINION to hit theaters this weekend, come back to the epitome of Summer Blockbuster sensation from 1993, and its sequel from 1997. You can still skip Part III (which was terrible). .

In Steven Spielberg’s massive blockbuster, paleontologists Alan Grant and Ellie Sattler and mathematician Ian Malcolm are among a select group chosen to tour an island theme park populated by dinosaurs created from prehistoric DNA. While the park’s mastermind, billionaire John Hammond, assures everyone that the facility is safe, they find out otherwise when various ferocious predators break free and go on the hunt.

John Hammond summons chaos theorist Ian Malcolm to his home with some startling information — while nearly everything at his Jurassic Park had been destroyed, his engineers happened to have a second site, where other dinosaurs were kept in hiding. It seems the dinosaurs on the second island are alive and well and even breeding, and Hammond wants Malcolm to observe and document the reptiles before Hammond’s financiers can get to them.