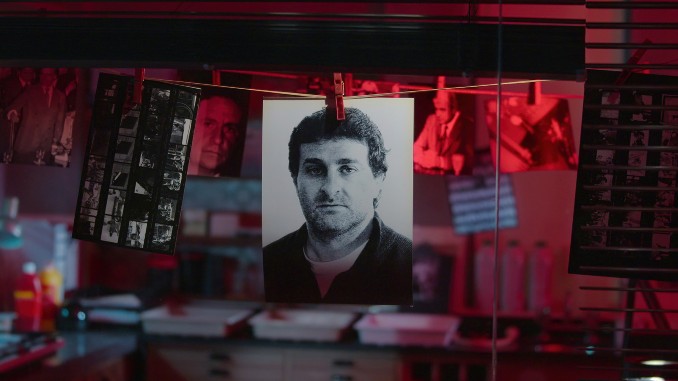 THE PHOTOGRAPHER: MURDER IN PINAMAR (If you want the hottest new Netflix title) Vincent Georgie: This true-crime doc is not exceptional in the way…

THE PHOTOGRAPHER: MURDER IN PINAMAR

(If you want the hottest new Netflix title)

Vincent Georgie: This true-crime doc is not exceptional in the way it’s made, but it’s certainly a standout in how bizarre and always interesting the central mystery is. Highly watchable.

Synopsis: In the Summer of 1997, the murder of photojournalist José Luis Cabezas shocks Argentina.

(If you want exceptional drama)

Vincent Georgie: Both lead actresses in this film shared the Best Actress prize at Cannes in 2012, not to mention the film received another prize for its Screenplay. The moral drama at the center of this grave and completely engrossing drama pays dividends. If you want a film that is a full meal, this is it.

Synopsis: Two young women grow up together in an orphanage. One finds refuge in a Romanian convent and the other moves to Germany to start a new life.

Vincent Georgie: Cruise. McGillis. The Aviators. The Song. It’s all there. A popular, entertaining and well-made favourite will make for a good pre-amble to watching the new 2022 update that premiered earlier this week at the Cannes Film Festival.

Synopsis: The Top Gun Naval Fighter Weapons School is where the best of the best train to refine their elite flying skills. When hotshot fighter pilot Maverick is sent to the school, his reckless attitude and cocky demeanor put him at odds with the other pilots, especially the cool and collected Iceman. But Maverick isn’t only competing to be the top fighter pilot, he’s also fighting for the attention of his beautiful flight instructor, Charlotte Blackwood.

TEEN HORROR OF THE LATE-90S

Frost those tips, throw on some acid wash-denim and get ready for the era of the Prinze Jrs, the Gellars and the legacy of Kevin Williamson’s self-aware, parodic horror run of the late 90s.

I KNOW WHAT YOU DID LAST SUMMER

A year after running over a fisherman and dumping his body in the water, four friends reconvene when Julie receives a frightening letter telling her that their crime was seen. While pursuing who he thinks is responsible for the letter, Barry is run over by a man with a meat hook. The bloodletting only increases from there, as the killer with the hook continues to stalk Julie, Helen and Ray.

I STILL KNOW WHAT YOU DID LAST SUMMER

A year after killing vengeful hit-and-run victim Ben Wills, who gutted her friends with an iron hook, college student Julie James is still shaken by the experience. When her roommate, Karla, wins a vacation for four to the Bahamas, she plans to bring along her boyfriend, Tyrell, attractive Will and Julie. At the resort, Julie starts receiving threatening notes and realizes Ben is still alive.