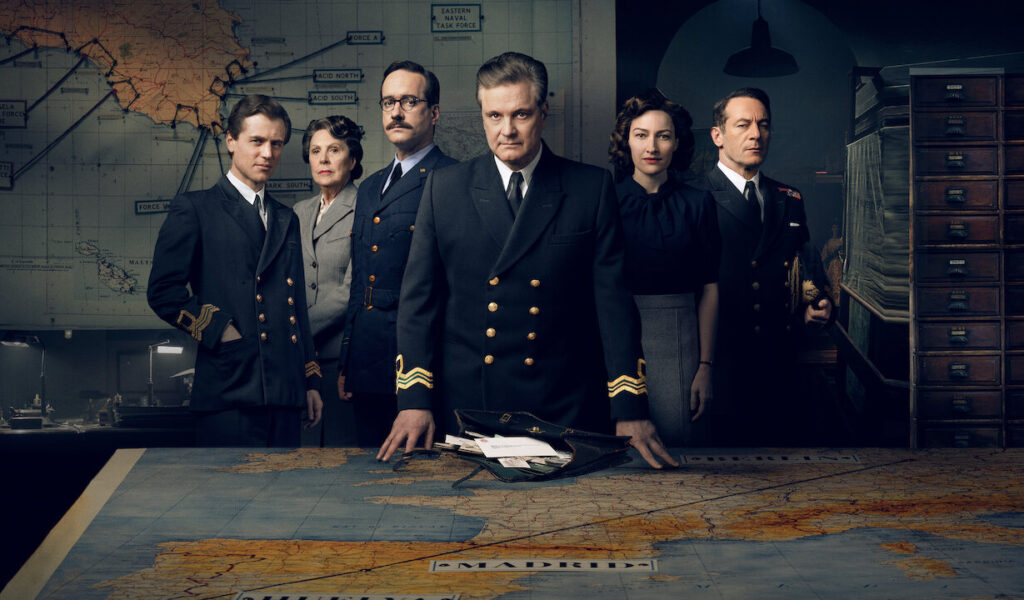 OPERATION MINCEMEAT (If you want to see a hot new Netflix title) Vincent Georgie: This film won’t be winning any prizes for its awkward…

(If you want to see a hot new Netflix title)

Vincent Georgie: This film won’t be winning any prizes for its awkward title, but it probably deserves a few for the very entertaining spy thriller that is at the heart of the film. SHAKESPEARE IN LOVE director John Madden has assembled an appealing cast including Colin Firth, Matthew McFadyen, and Kelly Macdonald. This one is a solid bet.

Synopsis: Set in 1943 as the Allies are determined to launch an all-out assault on Fortress Europe. But they face an impossible challenge – to protect a massive invasion force from entrenched German firepower and avert a potential massacre.

(If Roe v Wade is on your mind)

Vincent Georgie: Winner of the Palme d’Or in 2007, this harrowing Romanian film is the gold standard for its cinematic treatment of a sadly relevant social issue. I rewatched it a few days ago. It plays differently, more urgently now. From one of Europe’s most reliably outstanding filmmakers, Cristian Mungiu. His films have found a home at WIFF for many years now.

Synopsis: The courage and friendship of two Romanian college students is tested when Gabita discovers that she is pregnant by her boyfriend, and seeks an illegal abortion with the help of her classmate Otilia. Enlisting the services of the shady Mr. Bebe, the two girls find themselves in extremely tense and uncomfortable situations and must rely on their mutual support to get them through the ordeal.

Vincent Georgie: Only 20 years ago, major commercial studios still invested in complicated dramas with all-star casts. A perfect example of a film that would be independently made today, ROAD TO PERDITION is a visually striking, immersive drama with a terrific against-type lead performance by Tom Hanks as a gangster. Memorably supported by Paul Newman (who received his final Oscar nomination), Jude Law, and Daniel Craig, this film is a quality production from beginning to end.

Synopsis: Mike Sullivan is an enforcer for powerful Depression-era Midwestern mobster John Rooney. Rooney’s son, Connor, is jealous of the close bond they share, and when Mike’s eldest son, Michael, witnesses a hit, Connor uses the incident as an excuse to murder Sullivan’s wife and youngest son. Forced to flee, Sullivan and Michael set out on a journey of revenge and self-discovery.

Having celebrated her birthday last weekend, let’s turn our attention to writer-director Coppola’s talents for bringing fresh dialogue, energetic music choices and stories of adults desiring more than is within their reach. Enjoy two of her more singular creations.

A lonely, aging movie star named Bob Harris and a conflicted newlywed, Charlotte, meet in Tokyo. Bob is there to film a Japanese whiskey commercial; Charlotte is accompanying her celebrity-photographer husband. Strangers in a foreign land, the two find escape, distraction and understanding amidst the bright Tokyo lights after a chance meeting in the quiet lull of the hotel bar. They form a bond that is as unlikely as it is heartfelt and meaningful.

An Austrian teenager marries the Dauphin of France and becomes that country’s queen following the death of King Louis XV in 1774. Years later, after a life of luxury and privilege, Marie Antoinette loses her head during the French Revolution.