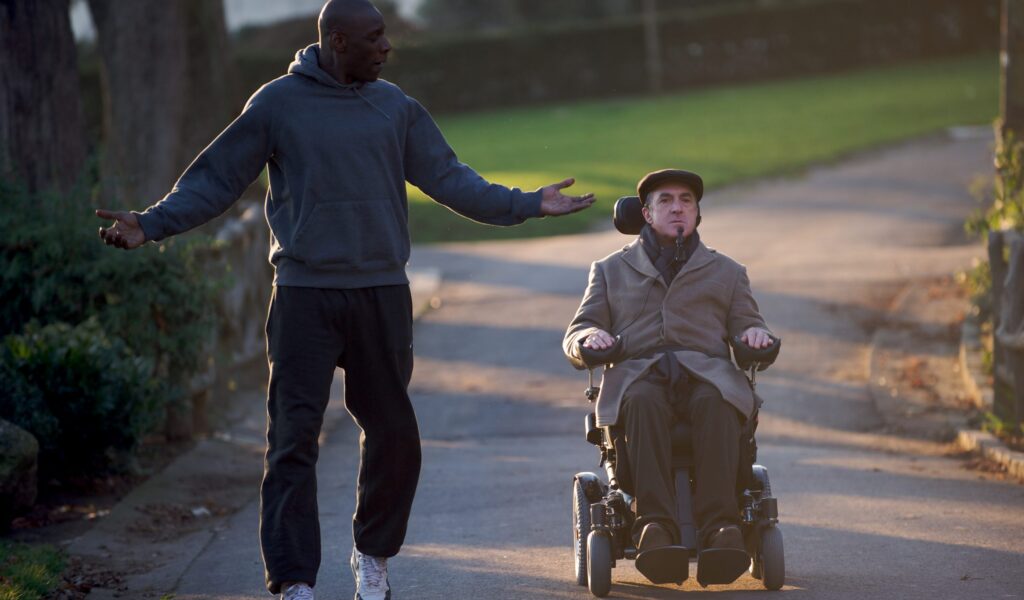 (If you want a film that will start a conversation)

VG: This is the true story of a thief who shows bravery by helping hide Jewish refugees in the sewers of Lvov.

Windsor’s Dan Murphy worked on the film and did a knock-out Q&A at the Festival that year for it.

When the film was nominated for an Oscar, I met director Agnieszka Holland at an event and she said to me “Hi, I won your festival’s award”. I was so proud that our WIFF audience had such good taste to select this powerful film as our People’s Choice Winner.

Synopsis: Leopold Socha (Robert Wieckiewicz) is a sewer worker in Nazi-occupied Lvov, Poland. When he finds a group of Jews hiding in the sewers, Leopold agrees to protect them from the Nazis in exchange for money, even though it could mean his death if they are found. Though he is solely motivated by cash at first, their experiences lead Leopold to adopt a different view of the people under his protection. When catastrophe strikes, Leopold is forced into a final act of courage.

(If you want to feel uplifted… again)

VG: No film has been more popular, well-received and beloved by our audience than this film. We show it every year and there are always new audience members that see it for the first time, and others that are watching it for the 2nd, 3rd…10th time.

It’s a story of friendship and living your fullest life.

I remember we were counting the People’s Choice Award ballots that year after all the screenings and someone had given the film a “1” (which meant the worst). It was the only ballot that was not a “5, out of hundreds. Back then, our audience wrote their email addresses on the ballots. We were so intrigued, we emailed them to ask why they hated the film. We were really curious. They responded that they thought “1” meant the best and proceeded to apologize for even suggesting the film was not the best ever and then explained all the scenes they loved in the movie. We all had a good laugh.

Synopsis: An irreverent, uplifting comedy about friendship, trust and human possibility, The Intouchables has broken box office records in its native France and across Europe. Based on a true story of friendship between a handicap millionaire (Francois Cluzet) and his street smart ex-con caretaker (Omar Sy), The Intouchables depicts an unlikely camaraderie rooted in honesty and humor between two individuals who, on the surface, would seem to have nothing in common.

VG: This was our Opening Night film and our audience loved the film. It’s such a sensitive and sincere story of a woman trying to find her independence and romance in adulthood. She meets a sweet guy in a choir, and the rest is history. The music in the film is wonderful. Director Louise Archambault flew in for Opening Night and had the actual film as her carry-on luggage on the plane. The copy that the distributor had sent us was broken, which of course we discovered at 10pm the night before. Louise was the best at the Opening Night party too. She spoke to everybody. She came back last year with her latest film and told us she was back “out of love and friendship for Windsor, and how you had received my last film.” GABRIELLE is still a title that WIFF fans mention as an all-time Festival fave.

Synopsis: Gabrielle is a young woman with Williams syndrome who has a contagious joie de vivre and an exceptional musical gift. Since she met her boyfriend Martin, at the recreation centre where they are choir members, they have been inseparable. However, because they are “different,” their loved ones are fearful of their relationship. As the choir prepares for an important music festival, Gabrielle does everything she can to gain her independence. As determined as she is, Gabrielle must still confront other people’s prejudices as well as her own limitations in the hope of experiencing a love far from the “ordinary”.

VG: This is the touching, funny, achingly sincere story of a group of young social workers living in a youth residence. It stars Brie Larson before her Oscar-win for ROOM two years later. The film captivates you because it’s so emotionally genuine. These are all people – social workers and residents alike – that are trying to do their very best daily. The film played very late in the 2013 Festival but once the audience finally saw it, it was this unanimous adoration for the film. It was the under-the-radar breakout hit that we never expected and were delighted that happened. The film is a winner.

Synopsis: Calm and competent, Grace is a young counsellor at a California care unit for at-risk teens. However, her cool facade begins to crack in the pressure cooker atmosphere as she and some of the unruly residents are reminded of past and present abuses.