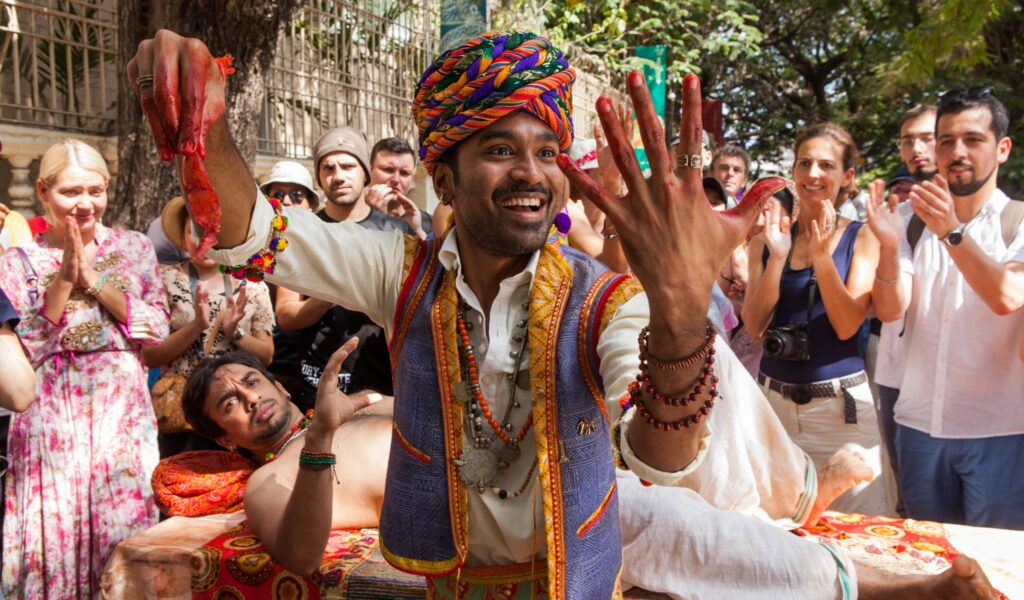 WIFF has you covered for your weekend entertainment with Week Two of our film recommendations. Watch something you love? Send us an email or…

WIFF has you covered for your weekend entertainment with Week Two of our film recommendations. Watch something you love? Send us an email or chat with us on social media — we’d love to hear from you!

THE EXTRAORDINARY JOURNEY OF FAKIR

(If you want a fun adventure far outside of your home)

VG: Our audience loved this uplifting film back at WIFF 2019. It was a real sleeper of a film, an underrated title that lifted spirits and took our fans out of their day. Right now, we all need some of that.

Synopsis: Aja, a clever young street magician from Mumbai, sets out on an extraordinary journey when his mother passes away, to find the father he never knew. He discovers love in a Swedish furniture store in Paris, mortal danger with Somali migrants in England, fame on a dance floor in Rome and adventure in a hot-air balloon over the Mediterranean sea.

KNOCK DOWN THE HOUSE

(If you want to change the world)

VG: A great social justice documentary should inform (sure), inspire (as long as it’s not heavy-handed, yes) but it should also entertain as opposed to preach. KNOCK DOWN THE HOUSE does all of these, and it stands out for that reason. US Congresswoman Alexandra Ocasio-Cortez is a compelling protagonist.

Synopsis: A young bartender in the Bronx, a coal miner’s daughter in West Virginia, a grieving mother in Nevada, and a registered nurse in Missouri build a movement of insurgent candidates to challenge powerful incumbents in Congress. One of their races will become the most shocking political upsets in recent American history.

(If you want a light afternoon at the movies)

VG: This film is a charmer. The setting, the cast, all of it… There’s a romanticism to this film that works.

Synopsis: Florence Green, a free-spirited widow, puts grief behind her and risks everything to open up a bookshop — the first such shop in the sleepy seaside town of Hardborough, England. But this mini social revolution soon brings her fierce enemies: she invites the hostility of the town’s less prosperous shopkeepers and also crosses Mrs. Gamart, Harborough’s vengeful, embittered alpha female who is a wannabe doyenne of the local arts scene.

A CRY IN THE DARK

(If you want to see Meryl in one of her best)

VG: This is another film I finally caught up with…30+ years later. Based on the true story of Lindy Chamberlain, a woman accused of murdering her child, this is a Streep performance that really stands out among her best performances because she gets us to empathize with a woman we don’t understand, let alone like. A solid courtroom drama from Australia.

Synopsis: A 1988 Australian drama film directed by Fred Schepisi. The screenplay by Schepisi and Robert Caswell is based on John Bryson‘s 1985 book of the same name. It chronicles the case of Azaria Chamberlain, a nine-week-old baby girl who disappeared from a campground near Uluru (then called Ayers Rock) in August 1980 and the struggle of her parents, Michael Chamberlain and Lindy Chamberlain, to prove their innocence to a public convinced that they were complicit in her death. Meryl Streep and Sam Neill star as the Chamberlains.