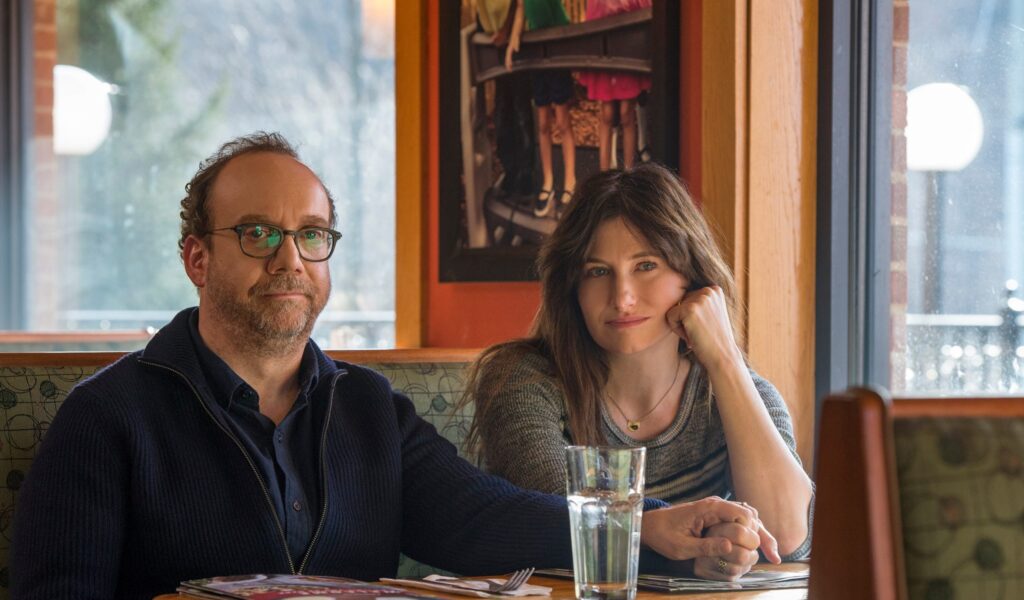 The first set in a series of weekly film recommendations to keep you entertained while we all spend more time at home. Watch something…

The first set in a series of weekly film recommendations to keep you entertained while we all spend more time at home. Watch something you loved? Send us an email or chat with us on social media, we love to hear from you!

(If you think irony and drama pair well)

VG: PRIVATE LIFE did not get the attention it deserved. Both Paul Giamatti and Kathryn Hahn are wonderful character actors, usually in supporting roles. We rarely ever get to see them carry a film, so this is a particular treat. The film is serious, funny, sad, touching…and true.

Synopsis: The new film from Academy Award-nominated filmmaker Tamara Jenkins (The Savages, Slums of Beverly Hills), PRIVATE LIFE is the bracingly funny and moving story of Richard (Academy Award-nominee Paul Giamatti) and Rachel (Kathryn Hahn), a couple in the throes of infertility who try to maintain their marriage as they descend deeper and deeper into the insular world of assisted reproduction and domestic adoption. After the emotional and economic upheaval of in vitro fertilization, they’re at the end of their middle-aged rope, but when Sadie (breakout newcomer Kayli Carter), a recent college drop out, re-enters their life, things begin to look up.

(if you love striking images)

VG: The visuals of this film are what tell the story. It shows us our world, our landscapes, and the toll of human impact. Some images take you a second to stare at to be sure of what you are even looking at.

Synopsis: From the devastated Great Barrier Reef in Australia, to the concrete seawalls that cover 60 percent of mainland China’s coast, to the biggest terrestrial machines ever built in Germany, to psychedelic potash mines in Russia’s Ural Mountains, to surreal lithium evaporation ponds in the Atacama Desert, the crew travels to six continents and twenty different countries to capture stunning images chronicling the catastrophic path travelled by our species over the last century.

(If a good sex comedy is what you need)

VG: What is so fun about THE LITTLE HOURS is how comfortable it is with its raunchiness. This cast is having a good, fun time. Aubrey Plaza and Dave Franco are both having a ball here. Don’t watch this with your parents or your kids.

Synopsis: Medieval nuns Alessandra (Alison Brie), Fernanda (Aubrey Plaza), and Ginevra (Kate Micucci) lead a simple life in their convent. Their days are spent chafing at monastic routine, spying on one another, and berating the estate’s day laborer. After a particularly vicious insult session drives the peasant away, Father Tommasso (John C. Reilly) brings on new hired hand Massetto (Dave Franco), a virile young servant forced into hiding by his angry lord. Introduced to the sisters as a deaf-mute to discourage temptation, Massetto struggles to maintain his cover as the repressed nunnery erupts in a whirlwind of pansexual horniness, substance abuse, and wicked revelry.

(if political intrigue is what you love)

VG: I’ve enjoyed catching up with films from decades ago, and NIXON had always escaped me. What surprised me is how absorbing and constantly interesting the film is, telling us so much about Nixon’s political career, and personal life (both as a child and as an adult). And that cast is stacked: Anthony Hopkins, Joan Allen, Paul Sorvino, James Woods, Ed Harris…it’s a who’s who of talent.

Synopsis: This film is a biographical examination of former U.S. President Richard Nixon (Anthony Hopkins). The non-chronological narrative explores Nixon’s personal and professional life, touching on his youth, college years, and political triumphs and failures. Nixon is seen as a child born to austere Quaker parents, as a young attorney wooing his future wife, Pat (Joan Allen), and as an astute but dour politician. After finally becoming president, Nixon is embroiled in the infamous Watergate scandal.