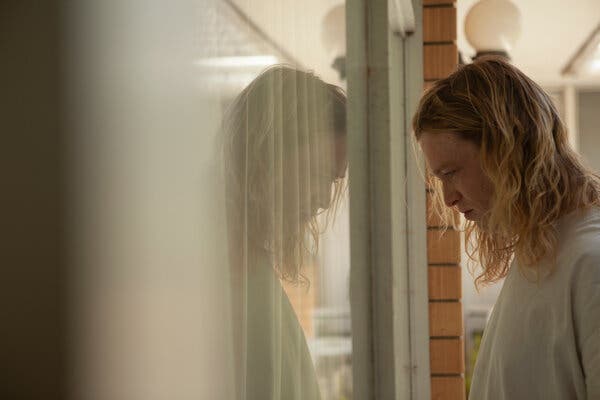 NITRAM (If you want dark & dangerous) Vincent Georgie: Based upon the true story of Australia’s Port Arthur massacre, this tense psychological drama is…

(If you want dark & dangerous)

Vincent Georgie: Based upon the true story of Australia’s Port Arthur massacre, this tense psychological drama is anchored by the disturbing, Cannes Best Actor-prize winning performance of Caleb Landry Jones. There is little violence seen on-screen at all, adding to the psychological horror of film. Judy Davis and Anthony LaPaglia are tremendous in slow-burn performances as the killer’s parents. Not for the faint hearted, but very rewarding for audience members that seek this film out.

Synopsis: Living a life of isolation and frustration, a young man develops an unexpected friendship with a reclusive heiress. When that relationship meets its tragic end, his loneliness and anger culminates into the most nihilistic and heinous of acts.

Vincent Georgie: Anyone who was of a certain age in the early 2000s will have very specific memories of the A&F brand, its models, its retail outlets and, certainly, everyone’s secret aspirations of being attractive enough to be associated to the brand. Reaching pop-culture icon status in its day, the clothing brand is given the documentary treatment with a 2022 lens (some ways spot-on, other times a bit unjustly). An enjoyable blast from the recent past..

Synopsis: An exploration of the brand’s pop culture reign in the late 1990s and early 2000s and how it thrived on exclusion.

(If you love supporting local)

Vincent Georgie: This British drama is expertly acted by Tom Courtenay and especially Charlotte Rampling (earning her first Oscar nomination for this role). And the awesome local connection? The popular and immersive novel on which the film is based was published by Windsor’s own powerhouse Biblioasis. This is a wonderful throwback to an excellent film and wonderful partnership from WIFF 2015.

Synopsis: Kate Mercer and her husband are excitedly planning a party to celebrate their 45th wedding anniversary. However, one week before the celebration, a letter arrives for her husband. The body of his first love has been discovered, frozen in the icy glaciers of the Swiss Alps. As the party nears, there might not be a marriage left to celebrate.

In his most recent film PARALLEL MOTHERS, the master filmmaker reminds us that no one does high quality soap opera better than he. His career can take full credit for giving us dozens of films loaded with strong female ensembles, vivid colours, energetic portrayals of sexuality and for sending us both Antonio Banderas and Penélope Cruz. The first film is one of his very best dramas, while the latter is one of his light-as-air sex comedies. Enjoy a quick trip to Spain this weekend.

ALL ABOUT MY MOTHER

A Greek saying states that only women who have washed their eyes with tears can see clearly. This saying does not hold true for Manuela. The night a car ran over her son Esteban, Manuela cried until her eyes ran completely dry. Far from seeing clearly, the present and the future become mixed up in darkness. She begins looking for his father who has become a transvestite.

A Spanish flight headed for Mexico runs into technical difficulties. The crew decide to drug everyone in economy class and devote themselves to cheering up the small group of passengers in business class, and themselves, by all available means.