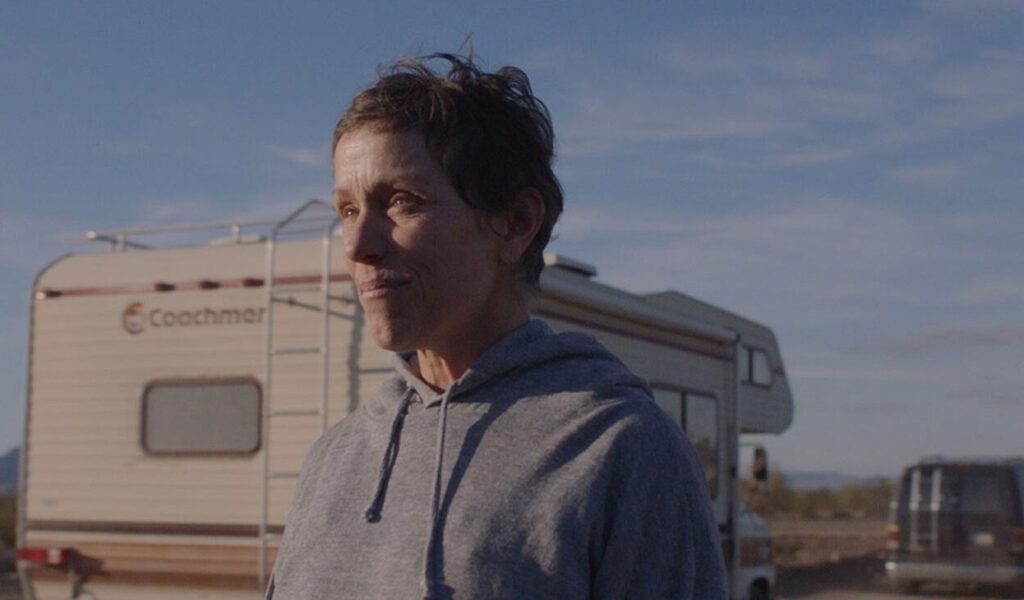 NOMADLAND (If you want to see what all the buzz is about) Vincent Georgie: This year’s Oscar front-runner is a slow-burn, meditative reflection on…

(If you want to see what all the buzz is about)

Vincent Georgie: This year’s Oscar front-runner is a slow-burn, meditative reflection on the state of the US and how far it has drifted from the American Dream. Frances McDormand is perfectly cast, working with mostly non-professional actors. Be prepared: the film is quiet, languid and is dramatically “undramatic”. The film is best enjoyed with an open mind and an open heart.

Synopsis: A woman in her sixties who, after losing everything in the Great Recession, embarks on a journey through the American West, living as a van-dwelling modern-day nomad.

(If you really miss The Crown)

Vincent Georgie: While this film is decidedly about the Norwegian Royal Family, not the British Royals, it has the same pageantry, sense of history and quality drama at its center. Based on a true story, the film is absolutely captivating. You won’t be disappointed. I distinctly remember watching this film at the 2017 Traverse City Film Festival at 9 a.m., with my hand firmly clutching a large coffee. By 12 p.m. that day, the film was booked for WIFF. It was that clear and easy of a choice.

Synopsis: The German war machine arrives in Oslo in April 1940, leaving Norway’s king with a difficult choice that will change his country forever.

(If you want a sly little comedy)

Vincent Georgie: Running a scant 77 minutes and claustrophobically filmed inside a single house (to great effect), this indie stuffs secrets, awkward conversations and familial pressures into a single shiva where our heroine Danielle starts to unravel. Anyone that has a relative that greets you with a “Hi, you look tired” or maybe a “Nice to see you. Why are you single?” will appreciate the suffocating wit of this little gem.

Synopsis: While at a Jewish funeral service with her parents, a college student has an awkward encounter with her sugar daddy and her ex-girlfriend.

Vincent Georgie: 1971’s Oscar Winner for Best Picture and starring Gene Hackman (also an Oscar winner for this film), the strength of this well-loved classic is how smart, exciting and brisk the story is, beautifully captured with lots of energy by director William Friedkin.

Synopsis: New York City cop Doyle and his partner are trying to bust a drug cartel based in France. Albeit short-tempered, Doyle is a dedicated cop whose nemesis, Alain Charnier, is too polished for a criminal.

Vincent Georgie: Robert DeNiro is fantastic here, but the real “wow” in this film are the wildly filmed car chase scenes. Every one of them are showstoppers. Matched with a great script and solid direction by John Frankenheimer, and you’re in for an exciting night at the movies.

Synopsis: Sam, an ex-US intelligence officer, hires a band of Japanese mercenaries to retrieve a mysterious suitcase that is about to fall into the hands of the Russians.