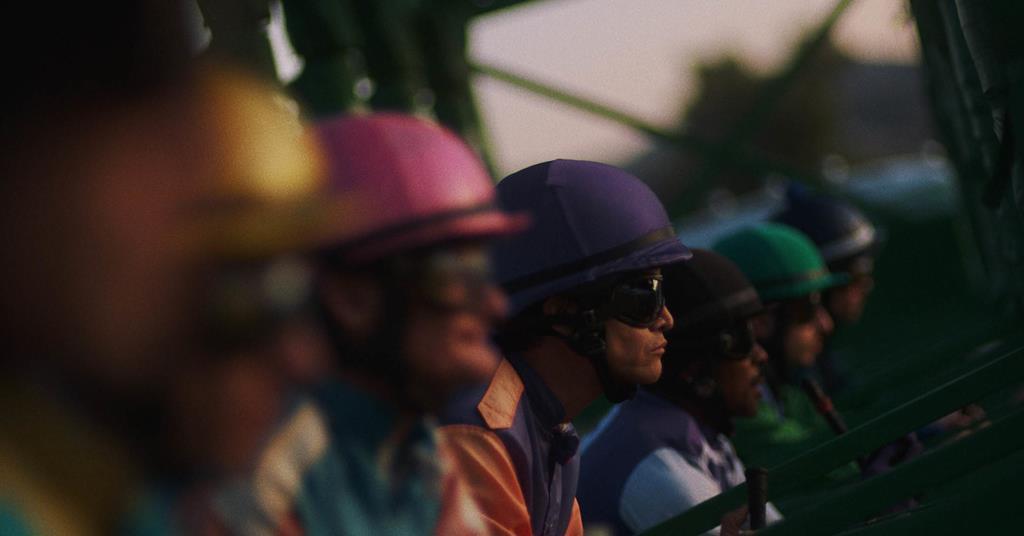 JOCKEY (If you want an inspiring father/son story) Vincent Georgie: Clifton Collins, Jr is not a household name, but he should be. He’s a…

(If you want an inspiring father/son story)

Vincent Georgie: Clifton Collins, Jr is not a household name, but he should be. He’s a character actor, someone you know by face and unfortunately not by name. Taking on one of the very few lead performances of his career, he is memorable and moving. He’s worth the price of admission alone.

Synopsis: Seasoned jockey Jackson has weathered decades of races on the riding circuit, but he now finds himself facing what could be his last season as his health deteriorates. As he looks back over his career a young rider appears who may change his life.

(If you crave high style)

Vincent Georgie: If you are in the mood for spectacular production design, glamourous costumes and an all-star cast, then look no further than Baz Luhrmann‘s energetic adaptation of this classic novel. The film is visually dazzling, always entertaining and a real feat for the senses. Enjoy.

Synopsis: Midwest native Nick Carraway arrives in 1922 New York in search of the American dream. Nick, a would-be writer, moves in next-door to millionaire Jay Gatsby and across the bay from his cousin Daisy and her philandering husband, Tom. Thus, Nick becomes drawn into the captivating world of the wealthy and — as he bears witness to their illusions and deceits — pens a tale of impossible love, dreams, and tragedy.

THE LAST TEMPTATION OF CHRIST

(If you seek a challenge)

Vincent Georgie: Upon its initial release in 1988, director Martin Scorsese was personally faced with death threats (including a fire being set to a cinema showing this film). Scorsese, a deeply religious Catholic who nearly became a priest instead of a filmmaker, has made a bold and shaded view of Jesus’ last days. The courage of the film is best exemplified in Scorsese’s audacity, but also in the performances of Willem Dafoe and Barbara Hershey. You can’t call yourself a Scorsese fan if you have not seen this film.

Synopsis: Jesus, a humble Judean carpenter beginning to see that he is the son of God, is drawn into revolutionary action against the Roman occupiers by Judas — despite his protestations that love, not violence, is the path to salvation. The burden of being the saviour of mankind torments Jesus throughout his life, leading him to doubt. As he is put to death on the cross, Jesus is tempted by visions of an ordinary life married to Mary Magdalene.

THE SINS AND PLEASURES OF CHOCOLATE

For those who observed lent, let us tempt you/reward you with two films that focus on the sensual and uplifting pleasures of chocolate.

The youngest daughter in her family, the beautiful Tita is forbidden to marry her true love, Pedro. Since tradition dictates that Tita must care for her mother, Pedro weds her older sister, Rosaura, though he still loves Tita. The situation creates much tension in the family, and Tita’s powerful emotions begin to surface in fantastical ways through her cooking. As the years pass, unusual circumstances test the enduring love of Pedro and Tita.

Not available to stream on major distributors.

When mysterious Vianne and her child arrive in a tranquil French town in the winter of 1959, no one could have imagined the impact that she and her spirited daughter would have on the community stubbornly rooted in tradition. Within days, she opens an unusual chocolate shop, across the square from the church. Her ability to perceive her customers’ desires and satisfy them with just the right confection, coaxes the villagers to abandon themselves to temptation — just as Lent begins.