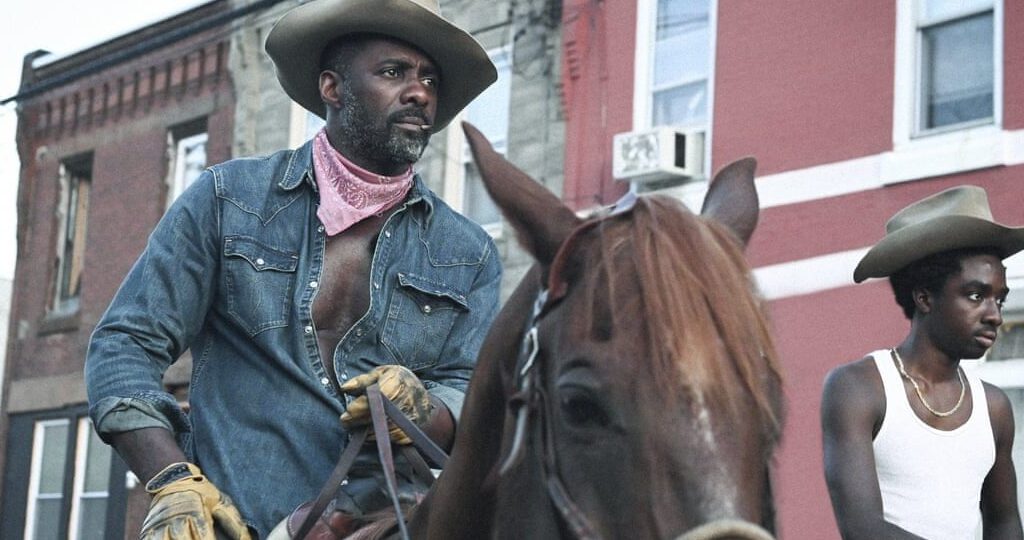 CONCRETE COWBOY (If you want to catch a hot new film) Vincent Georgie: Idris Elba is a star and belongs on the big screen….

(If you want to catch a hot new film)

Vincent Georgie: Idris Elba is a star and belongs on the big screen. That we know. What was the unexpected delight in this new film is this is a story that I had never heard of, and one that is frequently uplifting and enjoyable. I’ll take uplifting and enjoyable in as large a dose as I can get as of late. This gem of a film had its world premiere at TIFF 2020.

Synopsis: Sent to live with his estranged father for the summer, a rebellious teen finds kinship in a tight-knit Philadelphia community of Black cowboys.

(If you enjoy real-life mystery)

Vincent Georgie: Our programmers pegged this film as a sure-fire breakout title for WIFF 2013, one that our audience would discover and would quickly tell everyone about. As always, our audience’s excellent taste did not let us down. This film is lightning in a bottle thanks to the intriguing story of how all the celluloid reels were found and then the hunt to discover who the mystery woman in the pictures is. Stunning, thought-provoking photography to boot. Don’t miss this one…or come back and watch it again.

Synopsis: Who is Vivian Maier? Now considered one of the 20th century’s greatest street photographers, Vivian Maier was a mysterious nanny who secretly took over 100,000 photographs that went unseen during her lifetime. Since buying her work by chance at auction, amateur historian John Maloof has crusaded to put this prolific photographer in the history books. Maier’s strange and riveting life and art are revealed through never-before-seen photographs, films, and interviews with dozens who thought they knew her.

(If you want to see a star-making performance)

Vincent Georgie: Before his Oscar-nominated turn in CLOSER, and roles in THE BOURNE IDENTITY and GOSFORD PARK, this 1998 super-stylish casino thriller introduced us to a young, appealing and brooding new leading man in Clive Owen. As a croupier who is embroiled with both the big winners and bigger losers at the table, Owen makes an indelible, mysterious impression.

Synopsis: A struggling writer takes a job in the casino as a croupier. He is approached by a gambler who is down on her luck and wants his help in planning a heist at the casino.

The signature element of this genre is the chemistry that exists between two leads that are opposites-by-design, and all of the excitement and laughs that roll out in equal measure. LETHAL WEAPON kicked off an entire franchise (and reminds me why Mel Gibson was made a star), and MIDNIGHT RUN is quite perfectly executed. Both films hold up beautifully.

Synopsis: Following the death of his wife, Los Angeles police detective Martin Riggs becomes reckless and suicidal. When he is reassigned and partnered with Roger Murtaugh, Riggs immediately clashes with the older officer. Together they uncover a massive drug-trafficking ring. As they encounter increasingly dangerous situations, Riggs and Murtaugh begin to form a bond. Riggs’ volatile behaviour might just help them apprehend the criminals — if it doesn’t kill them both first.

Synopsis: Jonathan Mardukas, a mafia accountant, is on the run, and Jack Walsh, a bounty hunter, wants to find him in order to claim a hefty fee. But he has to reach Jonathan before the others do.