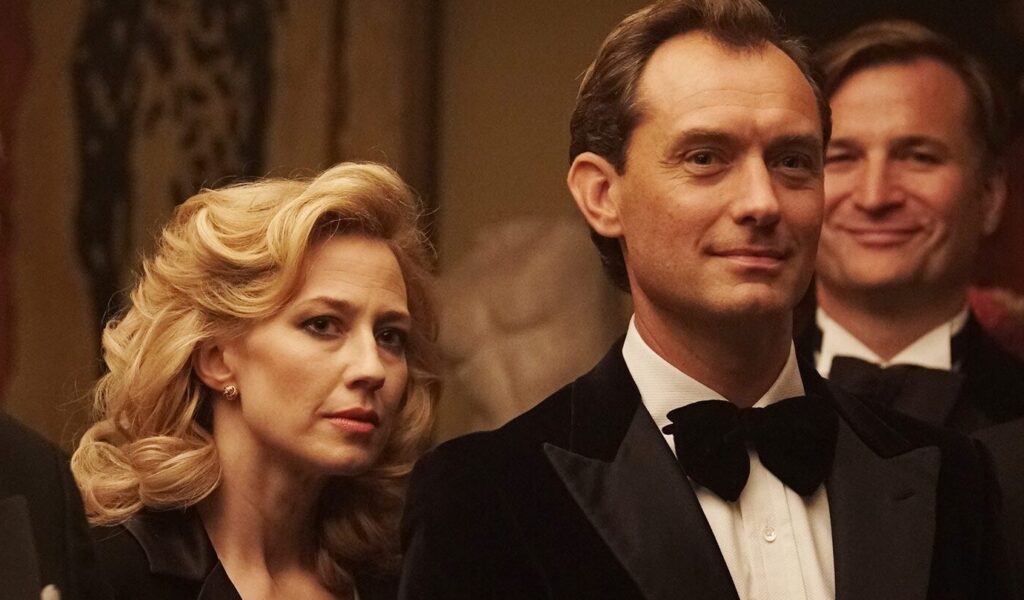 THE NEST (If you like a slow-burning drama) Vincent Georgie: Jude Law and Carrie Coon star as a couple in conflict as they move…

Vincent Georgie: Jude Law and Carrie Coon star as a couple in conflict as they move from the USA back to his native UK. At its core, this film is about how money and the desired perception of wealth have a corrosive capacity. Powered by a great ’80s soundtrack, the film has a general uneasiness to it. Like a candle that slowly burns, you don’t even notice as the lives of the characters disintegrate before your eyes.

Synopsis: Life for an entrepreneur and his American family begin to take a twisted turn after moving into an English country manor.

Vincent Georgie: Somewhere between a vintage CBC period series and a cheeky coming of age story about hormonal young boys, this film is a lighthearted and frequently touching story about the lengths that a young boy will go for his sick mother. Adam Butcher is a perfectly awkward string bean protagonist, well supported by Canadian acting royalty Gordon Pinsent and Campbell Scott. Written and directed by East Coaster Michael McGowan, whose other films ONE WEEK (WIFF 2008 Opening Night) and STILL MINE (WIFF 2012 Closing Night) are past favourites.

Synopsis: The year 1954 finds teen outcast Ralph Walker getting in trouble at the Catholic school he attends in Ontario, Canada. When the headmaster catches Ralph smoking, he puts the boy on the school’s cross-country team to force him to put his time to better use. When Ralph discovers that his hospitalized mother has slipped into a coma, he decides to run in the Boston Marathon, hoping that, if he wins, God will grant him a miracle and make his mother well again.

GETT: THE TRIAL OF VIVIANE AMSALEM

(If you want a powerful film)

Vincent Georgie: If you are a fan of strong acting and intense storytelling, this film needs to be on your list. Reminiscent of the incredible Iranian Film A SEPARATION, this Israeli film is about the impassioned drive of a woman who wants what is seemingly impossible: a divorce from her husband. As there is no civil divorce in Israel, this is impossible without his agreement…which of course she does not have. Star Ronit Elkabetz plays Viviane, on top of her duties as co-director and co-writer of the film. Definitely a film that will incite reflection and conversation.

Synopsis: An Israeli woman fights for three years to obtain a divorce from her devout husband, who refuses to grant his permission to dissolve the marriage.

THE CHARMS OF CON ARTISTS

There’s an inherent appeal to con artists. It’s why they are successful. They are more charming, more charismatic, more alluring, and, of course, more dangerous. I invite you to spend an evening on the dark side of town. It’s more fun ;)

Vincent Georgie: Based on the pulpy noir book by Jim Thompson, the film’s thrill is in the trifecta of con artists played by Anjelica Huston (mother), John Cusack (son) and Annette Bening (girlfriend) in one of the most warped, seedy and lurid triangles I can think of.

Synopsis: Roy Dillon is a conman whose life is turned upside down when his estranged mother returns home and does not take too kindly to his girlfriend. A battle for Roy’s attention ensues between the women.

THE WOLF OF WALL STREET

Vincent Georgie: Leonardo DiCaprio is all style, swager and grandeur as investor/schemer Jordan Belfort. This film has a ridiculous energy to it, perfectly capturing the circus of endless money and farcical lifestyles that are dangerously close to collapsing. Jonah Hill and Margot Robbie are both fantastic in supporting roles.

Synopsis: Introduced to life in the fast lane through stockbroking, Jordan Belfort takes a hit after a Wall Street crash. He teams up with Donnie Azoff, cheating his way to the top as his relationships slide.