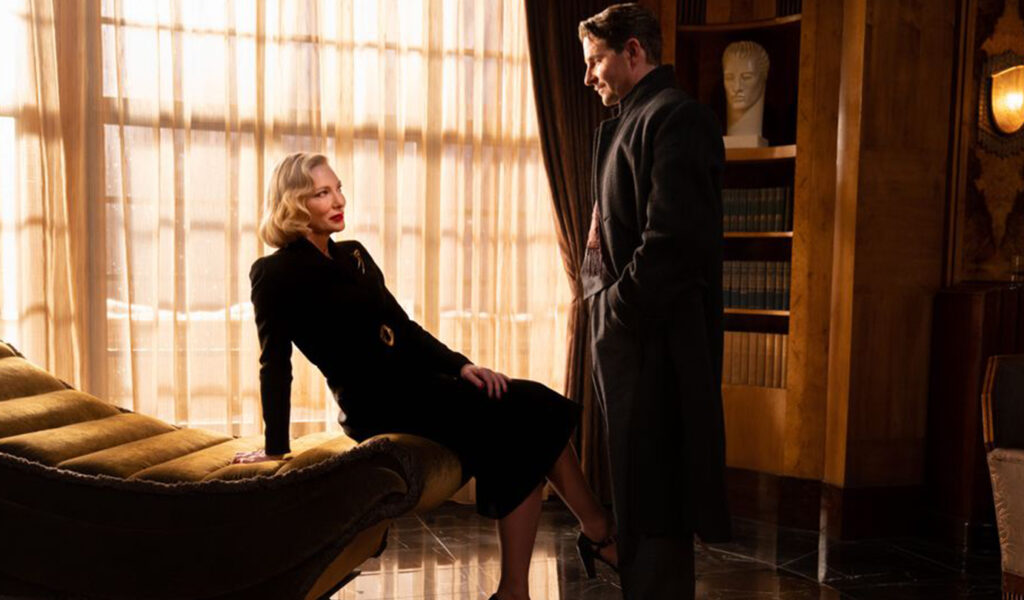 (If you love Guillermo del Toro)

Vincent Georgie: Shot primarily in Toronto, this noir psychological thriller has not only impeccable production values but assembles an all-star cast to match it. The film requires some patience, but there is no denying that del Toro continues to show that not only is he a deeply talented filmmaker, but he may also be one of the biggest movie fans as well. The film has a rich cinematic quality that all fans will enjoy.

Synopsis: In 1940s New York, down-on-his-luck Stanton Carlisle endears himself to a clairvoyant and her mentalist husband at a traveling carnival. Using newly acquired knowledge, Carlisle crafts a golden ticket to success by swindling the elite and wealthy. Hoping for a big score, he soon hatches a scheme to con a dangerous tycoon with help from a mysterious psychologist who might be his most formidable opponent yet.

(If you crave travelling)

Vincent Georgie: It’s true that there is an excellent family drama (three siblings, specifically) at the center of the film. But given everyone’s surefire clamoring for safe travelling to Europe and beyond, this beautiful vineyard-based romp around the French countryside is all the more appealing. A thirst-inducing favourite from WIFF 2018.

Synopsis: After a ten-year absence, Jean returns to his hometown when his father falls ill. Reuniting with his sister Juliette and his brother Jérémie, they have to rebuild their relationship and trust as a family again.

(If you want a high quality drama)

Vincent Georgie: Adapted from the play by R.C. Sherriff, this film version is an expertly adapted story of brotherhood, friendship, and the unknown fates of war. The cast, lead by S Sam Claflin and Asa Butterfield, are uniformly excellent. Another favourite from WIFF 2018.

Synopsis: Led by young officer Stanhope, whose mental health is rapidly disintegrating, a group of British soldiers await their fate in an Aisne dugout during the end of World War I.

Harrison Ford is a leading man of considerable appeal and capacity to carry a film. His downfall? He makes it all look easy. Here are two examples of Ford at his best, in both a dramatic role and an action role. Both are the kind of high-quality popular entertainment that is too rarely made anymore.

After witnessing a brutal murder, young Amish boy Samuel and his mother Rachel seek protection from police officer John Book. When Book uncovers evidence of police corruption involving narcotics lieutenant James McFee, Book must take Rachel and Samuel, and flee to the Amish countryside where Rachel grew up. There, immersed in Amish culture and tradition, Book and Rachel begin a cautious romance.

Wrongfully accused of murdering his wife, Richard Kimble escapes from the law in an attempt to find her killer and clear his name. Pursuing him is a team of U.S. marshals led by Deputy Samuel Gerard, a determined detective who will not rest until Richard is captured. As Richard leads the team through a series of intricate chases, he discovers the secrets behind his wife’s death and struggles to expose the killer before it is too late.