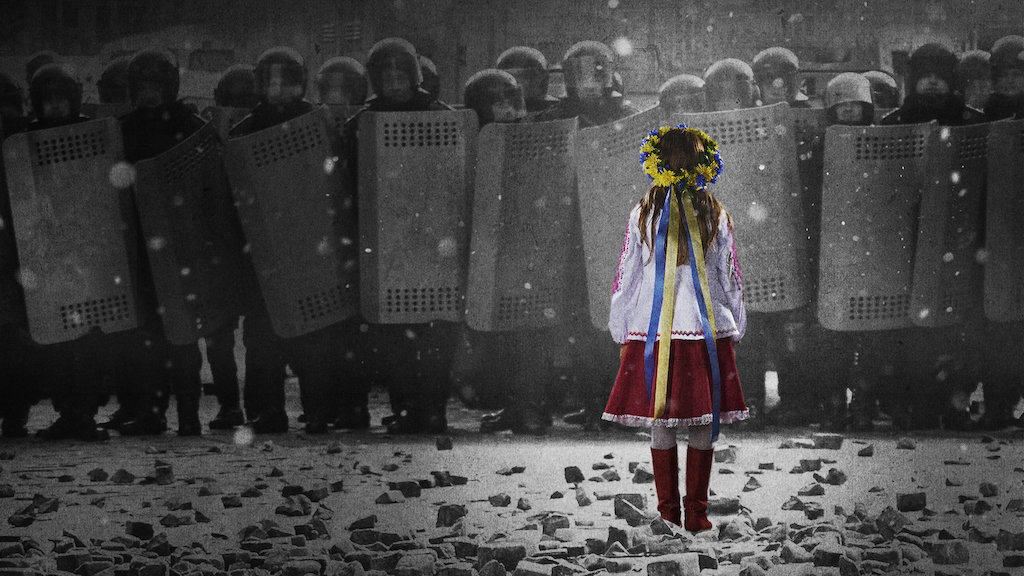 WINTER ON FIRE: UKRAINE’S FIGHT FOR FREEDOM (If you want to understand how we got here) Vincent Georgie: With chilling relevance, Evgeny Afineevsky‘s documentary…

(If you want to understand how we got here)

Vincent Georgie: With chilling relevance, Evgeny Afineevsky‘s documentary is about Ukrainians protesting their own government in 2013-2014 for not joining the EU, and instead signing an agreement bringing them closer to Russia. Watching this film back when it came out in 2015 was fascinating; watching this film right now is indescribable.

Synopsis: A civil rights movement erupts in the Ukraine after a peaceful student protest quickly morphs into a violent revolution.

(If you crave a film you will want to watch twice)

Vincent Georgie: High on my list of not only the best but the most awesome films of 2021, Paul Thomas Anderson‘s affectionate, energetic and not-dull-for-a-moment saga cannot be missed. Nominated for 3 Oscars including Best Picture this year, Anderson recounts a story ensconced in the memory of his own childhood in the San Fernando Valley and interestingly weaves in true Hollywood stories. Cooper Hoffman (son of the late, great Philip Seymour Hoffman) and Alan Haim (of the band “Haim) are absolutely perfect as the leads. Bradley Cooper is memorable in a small but key role.

Synopsis: Alana Kane and Gary Valentine grow up, run around, and fall in love in California’s San Fernando Valley in the 1970s.

THE DEVIL WE KNOW

(Truth is stranger than fiction)

Vincent Georgie: Dubbed the “your frying pan is killing you” documentary, this memorable WIFF 2018 selection tells the true story of how a small US town was poisoned via toxic chemicals being poured into the water. Thanks to the irresponsible actions of the company that makes Teflon products, a community is forever impacted. The film is eye-opening and emotional.

Synopsis: Citizens in West Virginia take on a powerful corporation after they discover it has knowingly been dumping a toxic chemical –now found in the blood of 99.7 percent of Americans –into the local drinking water supply.

In celebration of his new hit LICORICE PIZZA, here are two of his earlier films that perfectly capture the sweeping energy, episodic structure and starry ensemble casts that make his films feel like no one else’s. No other filmmaker working today makes Los Angeles come alive with the same love and authenticity as Anderson.

On one random day in the San Fernando Valley, a dying father, a young wife, a male caretaker, a famous lost son, a police officer in love, a boy genius, an ex-boy genius, a game show host and an estranged daughter will each become part of a dazzling multiplicity of plots, but one story.