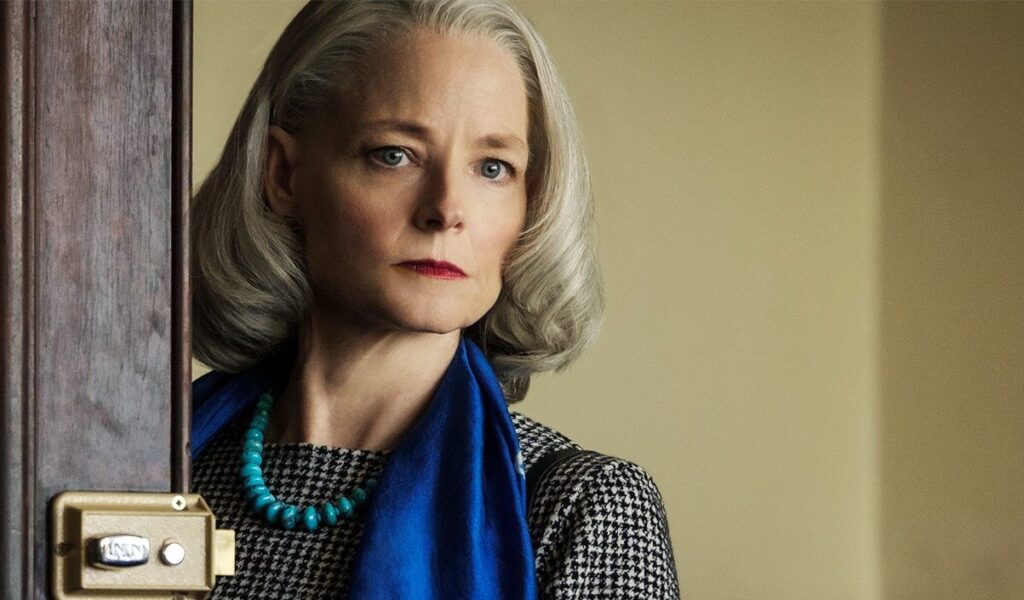 THE MAURITANIAN (If you want a quality new thriller) Vincent Georgie: Based on a true story, the film centers on a man wrongfully imprisoned…

(If you want a quality new thriller)

Vincent Georgie: Based on a true story, the film centers on a man wrongfully imprisoned at Guantanamo Bay for a crime of which he is innocent: leading the terrorist regime responsible for 9/11. What makes this political thriller work is the palpable stakes at play in the central drama. The circumstances, consequences and environment are unbearably grave for the characters involved. Jodie Foster won her third Golden Globe last Sunday for her supporting role as a committed defense attorney, but it is French actor Tahar Rahim who really impresses as the accused. A frequent face in many films at WIFF over the years, Rahim will still be a discovery for many audiences and that’s a good thing.

Synopsis: A defense attorney, her associate and a military prosecutor uncover a far-reaching conspiracy while investigating the case of a suspected 9/11 terrorist imprisoned at Guantanamo Bay, Cuba, for six years.

THE UNITED STATES VS BILLIE HOLIDAY

(If you want to see what all the buzz is about)

Vincent Georgie: Surprise Golden Globe winner Andra Day is showstopping as Holiday. The film focuses not just on Holiday’s unbelievable musical talents, but the dark struggles of her life as she deals with her substance abuse and the walls of the law that are closing in on her. The film announces Andra Day as a major new talent. While the film is fine but flawed, it’s the star that is outstanding.

Synopsis: In the 1940’s, the US government targeted beloved jazz icon Billie Holiday as part of their war on drugs, to prevent her from performing her heart-wrenching ballad Strange Fruit, a blatant cry against lynching.

(If you love a good British ensemble)

Vincent Georgie: The UK invest in, and respect, their film industry in a way that most countries do not. Those dividends pay off with decades worth of high quality films, notable not only for the quality of their writing but of the uniformly outstanding stable of British performers that seem to populate some of the very best films each year. This point is again proven in a film like THEIR FINEST, which is not only a frequently funny, romantic, and intelligent film, but one that brings together an ensemble lead by Gemma Arterton and starring Bill Nighy, Sam Claflin, Jeremy Irons and Richard E. Grant among many other wonderful character actors.

Synopsis: When the British ministry plans to release propaganda films during a war, Catrin is hired as a scriptwriter. She along with the film’s crew makes a film.

Vincent Georgie: The film of the true, tragic story of rising pop singer Selena Quintanilla-Perez, known on-stage simply as “Selena” was a decently made project with good musical numbers. What elevated the film into something far more memorable was the incredible vocals, acting gifts and on-screen presence of its star, a new actress named Jennifer Lopez. Well, I actually remember seeing the film back in 1997 and thinking “I really hope this actress sticks around.” Almost 25 years later, I think she’s doing just fine.

Synopsis: Selena Perez, a popular Tejano music star, is catapulted to the pinnacle of fame through her music. She dies a tragic death at a young age of 23, after she is shot by the president of her fan club.

Vincent Georgie: This small American independent from 2005 was well-reviewed but under-seen by audiences upon its release. And those lucky audience members would have been completely mesmerized by a young unknown actress playing the secondary character of “Ashley,” the really enthusiastic expecting mother that becomes the sincere, giddy heart of the whole film. And who was the actress? Amy Adams, of course.  This film marked Oscar nomination #1 for her…on her way to five more nominations and counting. This fan still thinks it’s her best work.

Synopsis: On the way to meet with an independent artist in the South, newlywed art dealer Madeleine is convinced by her husband, George, that they should stop to meet his family in North Carolina. Madeleine’s affluent lifestyle clashes with the family, but she befriends George’s wide-eyed and pregnant sister-in-law, Ashley, who is nearing her due date. Through the family, Madeleine gains greater insight into George’s character.