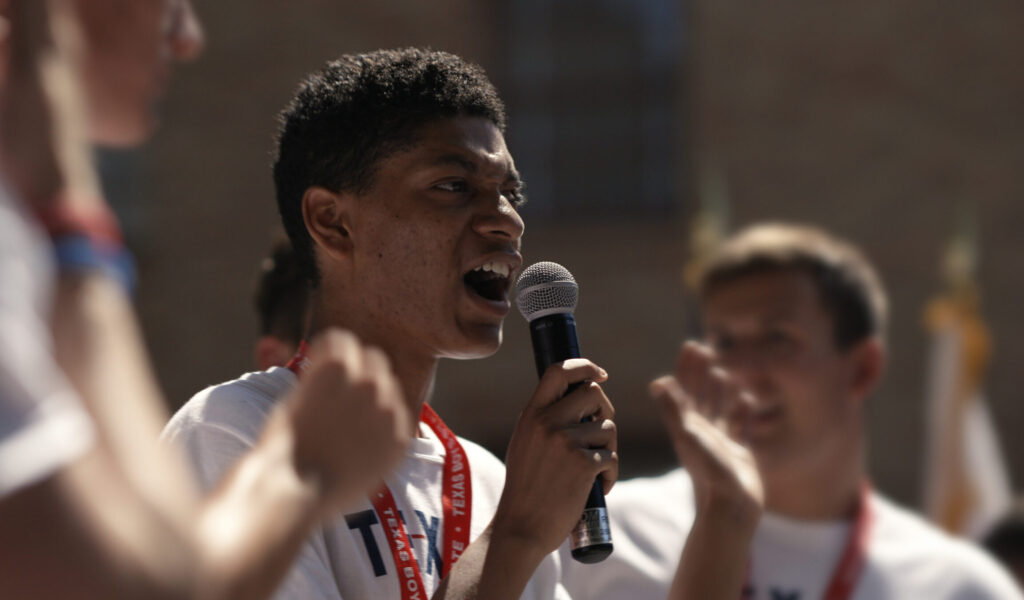 I CARE A LOT (If you want to check out the hottest new release) Vincent Georgie: Rosamund Pike received a Golden Globe nomination for…

I CARE A LOT

(If you want to check out the hottest new release)

Vincent Georgie: Rosamund Pike received a Golden Globe nomination for her icy, darkly funny performance in this hard-to-categorize Netflix hot commodity. Part black comedy, part thriller, the film is an entertaining, devious ride thanks entirely to the sharp casting of Pike (clearly a nod, in some way, to her famous GONE GIRL performance) and to writer-director J. Blakeson’s superb work. The film made its world premiere at TIFF 2020.

Synopsis: A shady legal guardian lands in hot water when she tries to bilk a woman who has ties to a powerful gangster.

(If you want something thought provoking)

Vincent Georgie: This fly-on-the wall doc about the annual Texas Boys State conference that brings together 1,100 teen boys from across the state to engage in a simulated electoral process, draws its power from the observations it allows its audience to consider, struggle with and, ultimately, accept. I found myself interested in the intentions of these young men, sensitive to the ways we too easily simplify their motives and behaviours, and quite fascinated at the chance to watch them learn, engage and struggle with the dynamics of modern democracy. The film was all the rage at Sundance 2020 and for very good reason. One of the front-runners for the Best Documentary Feature Oscar.

Synopsis: In an unusual experiment, a thousand 17-year-old boys from Texas join together to build a representative government from the ground up.

(If you’re a Sofia Coppola fan)

Vincent Georgie: The strength of Coppola’s latest achievement as writer-director is the jazzy, melancholic and low-key tone she strikes with her actors. Rashida Jones is ideal as our contemplative, put-upon heroine and Bill Murray is perfectly cast as her enigmatic, shape-shifter of a father. Set in a New York of impossibly large lofts, oh-so-hip bars, and a community of Instagram insufferables, Coppola anchors her characters in loneliness and good intentions just as she did with her greatest work, LOST IN TRANSLATION.

Synopsis: The story of a young mother who reconnects with her larger-than-life playboy father on an adventure through New York. In this comedy about aging, marriage, and the tenuous bond between parents and grown children, New York author and married mother-of-two Laura has become suspicious that her career-driven husband may be having an affair with a coworker, a speculation encouraged by her caddish, bon vivant father.

As the star and co-writer of these two fresh, ridiculous and energetic comedies, Wiig put herself on the film map 10 years ago with BRIDESMAIDS and has just released her latest piece of comedic lunacy with BARB & STAR GO TO VISTA DEL MAR. Her character creation, egoless physical commitment and full-embrace of costume, makeup and prosthetics make Wiig one of the most fearless comediennes we have.

Vincent Georgie: Known for breakout sensation Melissa McCarthy, Wiig assembled an eager ensemble including Rose Byrne, Wendy McLendon-Covey and Maya Rudolph. Everyone here is in fine form. A highly-rewatchable instant-classic. McCarthy and the script by Wiig and Annie Mumulo all received Oscar nominations.

Synopsis: Annie is a single woman whose own life is a mess, but when she learns that her lifelong best friend, Lillian, is engaged, she has no choice but to serve as the maid of honor. Though lovelorn and almost penniless, Annie, nevertheless, winds her way through the strange and expensive rituals associated with her job as the bride’s go-to gal. Determined to make things perfect, she gamely leads Lillian and the other bridesmaids down the wild road to the wedding.

Vincent Georgie: Wiig and Mumolo are clearly having a blast as the co-leads of this raucous comedy that they once again co-wrote together. Compared to BRIDESMAIDS, this film is more ludicrous, and even a little weird. With wonderful production design, unexpected musical numbers and a memorable Jamie Dornan, this one has some solid laughs and lots of oddball charm.

Synopsis: Lifelong friends Barb and Star embark on the adventure of a lifetime when they decide to leave their small Midwestern town for the first time ever.