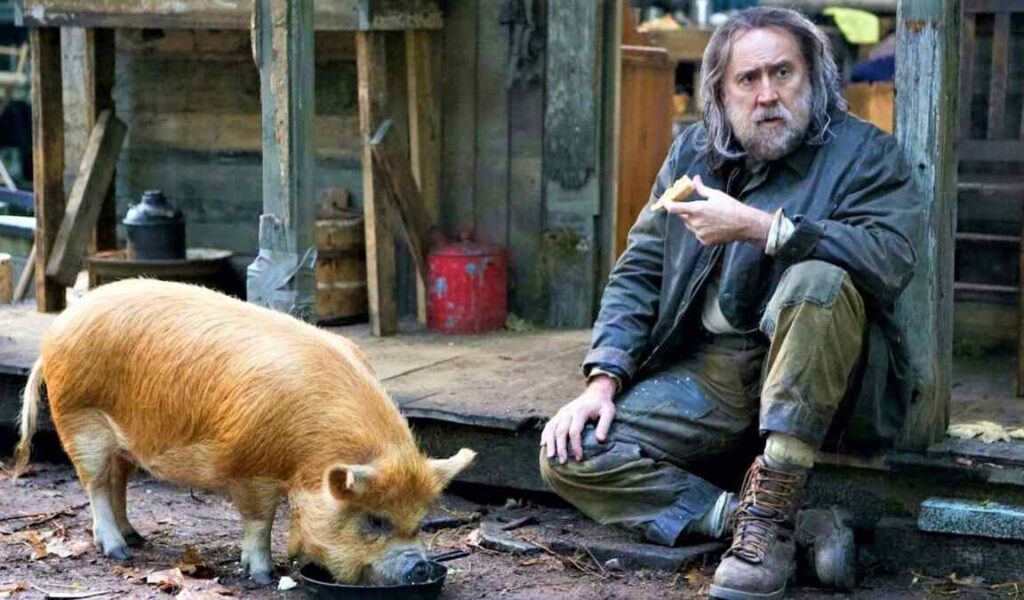 PIG (If you want to see Nicolas Cage redeemed) Vincent Georgie: Nicolas Cage‘s filmography has gone off the rails the past 20 years, just…

(If you want to see Nicolas Cage redeemed)

Vincent Georgie: Nicolas Cage‘s filmography has gone off the rails the past 20 years, just like most of the performances he has given. He is a singular presence on-screen. No matter how ludicrous the film he is in, there is a fearless energy and commitment that he brings that is admirable. In PIG, Cage seizes one of the few high-quality dramatic scripts that have come his way in years and plays it for all its worth. It’s an unusual story, and one very much worth seeing.

Synopsis: Living alone in the Oregon wilderness, a truffle hunter returns to Portland to find the person who stole his beloved pig.

(If you love/hate social media)

Vincent Georgie: A fave from WIFF 2017, Aubrey Plaza is the perfect sarcastic, sociopathic central heroine of the film. The smart and observant script captures the vapid narcissism of social media and the insufferable people that are driven to lead fictional lives for better content to post. A funny, biting satire and a bit of a wild ride.

Synopsis: Following the death of her mother and a series of self-inflicted setbacks, young Ingrid Thorburn escapes a humdrum existence by moving out West to befriend her Instagram obsession, a Los Angeles socialite named Taylor Sloane. After a quick bond is forged between these unlikeliest of buddies, the facade begins to crack in both women’s lives — with comically malicious results.

(If you want a moving drama)

Synopsis: Soon after buying an expensive cello, Daigo Kobayashi learns that his orchestra is disbanding. Daigo and his wife move back to his hometown in northern Japan, where he answers an ad for what he thinks is a travel agency but is, in actuality, a mortuary. As he learns and carries out the rituals used in preparing the dead for their final rest, Daigo finds his true calling in life.

Two powerful, charged dramas that offer both historical insight and personal stories of lives impacted by race, politics and change. Both films benefit from sensitive writing and impeccable lead performances.

When a group of civil rights workers goes missing in a small Mississippi town, FBI agents Alan Ward and Rupert Anderson are sent in to investigate. Local authorities refuse to cooperate with them, and the African American community is afraid to, precipitating a clash between the two agents over strategy. As the situation becomes more volatile, the direct approach is abandoned in favor of more aggressive, hard-line tactics.

Odessa Carter needs to get to work as a nanny in the home of the affluent Miriam Thompson, but she refuses to take the bus. Odessa is participating in the Montgomery bus boycott, protesting against the inequality between blacks and whites, so Miriam decides to offer Odessa a ride to work every day. Though the community and Miriam’s husband (Dwight Schultz) insist she not get involved, the relationship between Miriam and Odessa has already changed for the better.