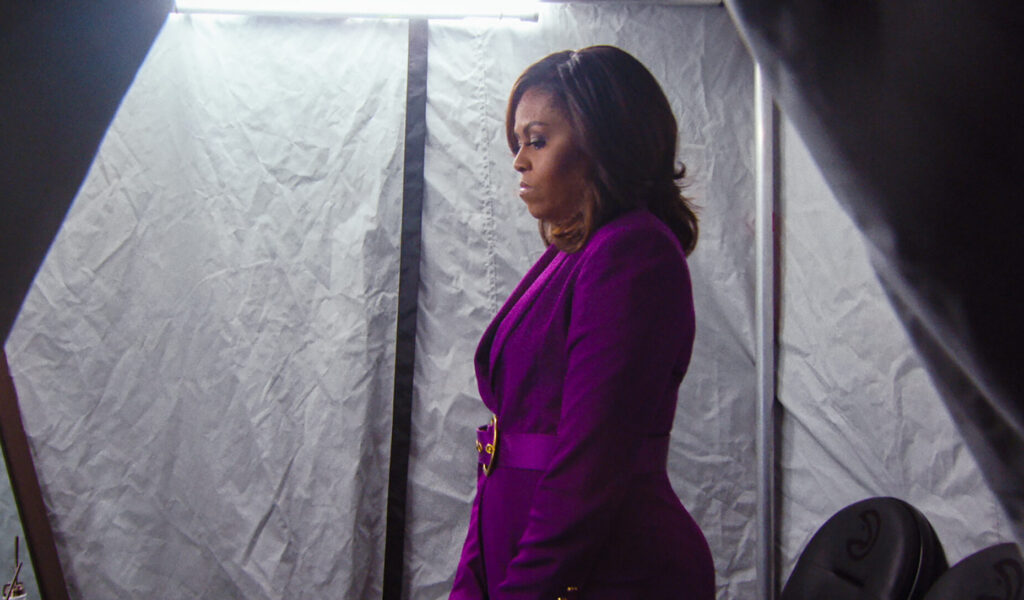 BECOMING (If you love all things Michelle Obama) Vincent Georgie: She’s considered one of the most fascinating leaders in the world, and with very…

(If you love all things Michelle Obama)

Vincent Georgie: She’s considered one of the most fascinating leaders in the world, and with very good reason. The joy of the latest Netflix doc BECOMING is that, although it is a highly polished and structured film, it feels like the film has captured her essence and her trajectory in the most focused and sincerest of ways. You finish the film, expectedly, wanting to spend endless more hours learning more about her.

Synopsis: Join former first lady Michelle Obama in an intimate documentary looking at her life, hopes and connection with others as she tours with “Becoming.”

(If you want a great heist movie)

Vincent Georgie: Denzel Washington is fantastic (as expected) as a detective involved in an off-the-rails bank heist. He’s well-supported by both Clive Owen and Jodie Foster, but it’s Washington who easily commands center stage. One of many excellent collaborations between Washington and director Spike Lee. Like DeNiro with Scorsese, these two are at their best when they are working together.

Synopsis: The mastermind behind a bank robbery in Manhattan has planned the heist in great detail. A detective tries to negotiate with him, but the involvement of a broker worsens the situation further.

(If you want a mysterious drama)

Vincent Georgie: Writer-director Kasi Lemmons made a strong impression with her Southern-fried, gothic mystery. Big on atmosphere, passion and hidden motivations, Lemmons builds a whole universe in which her cast can do some very interesting and frequently memorable work. Samuel L. Jackson, Lynn Whitfield, Tamara Tunie (as the narrator) and an impressive Debbi Morgan lead an appealing ensemble of actors. I’ve met too few people that have ever seen this title. The film was included on the National Film Registry just a few years ago.

Synopsis: Louis Batiste (Samuel L. Jackson) is a popular physician in 1960s Louisiana who has a beautiful wife (Lynn Whitfield), a loving family and a weakness for women. While his wife ignores his infidelities, his youngest daughter Eve is crushed when she catches her dad in a compromising situation. Her subsequent revelations tear the family apart in Kasi Lemmons’ powerful film, which won Best First Feature at the Independent Spirit Awards.

IF YOU WANT A NIGHT OF LAUGHTER

VG: The cast is the whole show here. You cannot go wrong when you are spending a few hours with Ice Cube, Cedric The Entertainer and Anthony Anderson (among a very funny and expansive ensemble group of performers). The actors are clearly having a ball and that energy translates on-screen.

Synopsis: Calvin Parmer Jr struggles to run his father’s barbershop and eventually sells it in secret. However, he soon realizes its significance through his employees’ personal stories and jokes.

Vincent Georgie: The whole cast works well together, but there is little doubt here that this film announced the arrival of a major new comic talent in Tiffany Haddish. Though it’s a supporting performance, it’s her live-wire energy that makes you ask “Who is she?” and keeps the whole film humming along. Unsure? Try imagining the film without her in it. Doesn’t work.

Synopsis: When Ryan is invited to speak at the annual Essence Festival, she sees it as a chance to reconnect with her best friends Sasha, Lisa and Dina, and the girls set out on a trip to New Orleans.