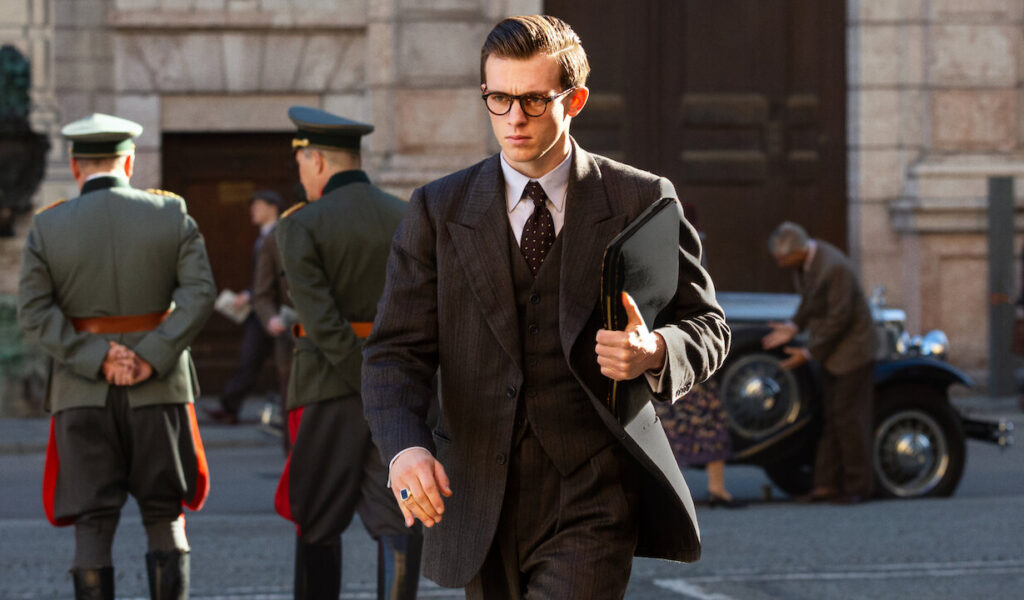 MUNICH: THE EDGE OF WAR (If you want a hot new release) Vincent Georgie: This new Netflix title gives you espionage, political intrigue and…

MUNICH: THE EDGE OF WAR

(If you want a hot new release)

Vincent Georgie: This new Netflix title gives you espionage, political intrigue and great historical drama. George MacKay (1917) stars, but it’s Jeremy Irons you will be thrilled to see in a supporting role.

Synopsis: Set in the fall of 1938, Hitler prepares to invade Czechoslovakia, and the government of Neville Chamberlain desperately seeks a peaceful solution. A British civil servant and a German diplomat, former classmates, travel to Munich to discuss peace.

(If you want a film that changed the industry)

Vincent Georgie: Writer-Director Steven Soderbergh famously wrote this script on an 8-day road trip from Baton Rouge to Hollywood. He made the film on a shoestring budget, turned it into the Palme d’Or Winner at Cannes, and the film set the American Independent Film scene on fire. The film made stars out of James Spader, Andie MacDowall, Laura San Giacomo and Peter Gallagher. This odd, voyeuristic marital drama was the talk of the film world, with lasting cultural impact.

Synopsis: Ann is trapped in a sexually and emotionally unfulfilled relationship with her husband, John, a successful but unpleasant lawyer who is sleeping with her sister, Cynthia. The underlying tensions in the couple’s marriage rise to the surface when Graham, a friend of John’s from college who’s been drifting for nine years, returns to town and videotapes Cynthia and Ann as they talk about their sexual desires.

(If you want to see a cult favourite)

Vincent Georgie: Most great films are not based on board games (thankfully). And while CLUE is not a great film, it is surely a most enjoyable 94 minutes with a winning cast clearly having a ball. Anyone that grew up in the 80s can likely recite the film line by line. A night of fun is sure to be had with this film.

Synopsis: Six blackmail victims are invited to an isolated mansion by a man who knows a dark secret from each of their pasts. On arrival, each is given a pseudonym drawn from Cluedo before being introduced to the blackmailer. Each is handed a weapon, at which point the lights are switched off and the blackmailer is killed. Can the guests uncover the murderer before they all become victims?

Canada’s own Reitman is a significant filmmaker. While his excellent and witty UP IN THE AIR was widely seen and received 6 Oscar nominations, his emotional and interesting LABOUR DAY was barely seen by audiences and curiously maligned by critics. I invite you to explore two substantial, accessible and adult-oriented films.  I think they both succeed very admirably in achieving their missions.

UP IN THE AIR

An idea from a young, new co-worker would put an end to the constant travel of corporate downsizer Ryan Bingham, so he takes her on a tour to demonstrate the importance of face-to-face meetings with those they must fire. While mentoring his colleague, he arranges hookups with another frequent-flier, and his developing feelings for the woman prompt him to see others in a new light.

At the tender age of 13, Henry Wheeler grapples with the pains of adolescence while caring for his troubled, reclusive mother, Adele. One day while shopping for school supplies, Henry and Adele encounter Frank Chambers, an intimidating man but one who clearly needs their help. Frank convinces the two of them to take him into their home, but later it becomes clear that he is a convict who has escaped. Based on the novel by Joyce Maynard.