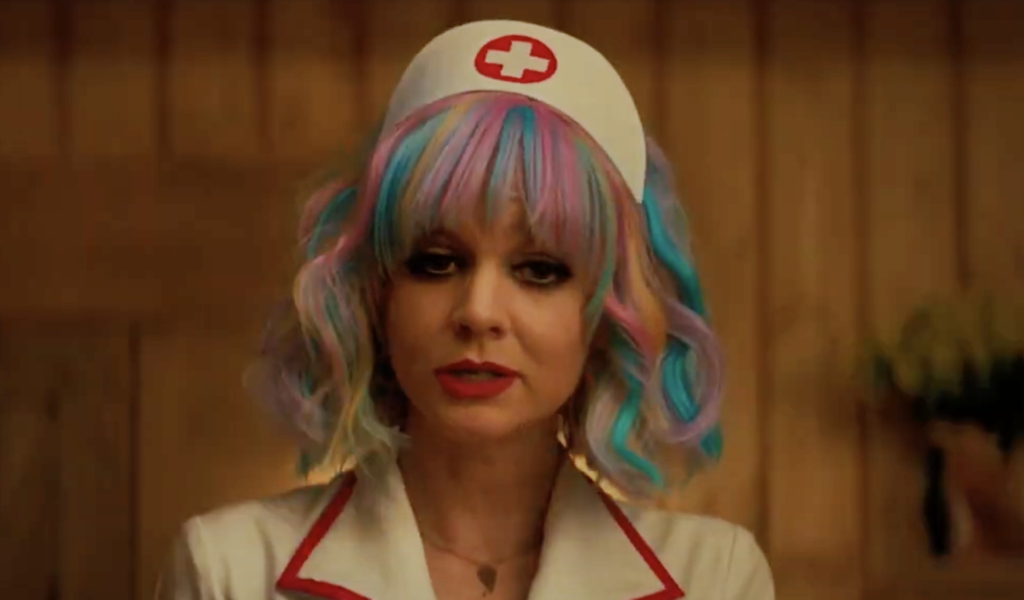 PROMISING YOUNG WOMAN (If you want a provocative true original) Vincent Georgie: The film defies categorization, and that’s a tribute to the clever, edgy,…

(If you want a provocative true original)

Vincent Georgie: The film defies categorization, and that’s a tribute to the clever, edgy, fun, courageous, genre-bending masterpiece that is this film. Carey Mulligan is having the time of her life, and she carries the film on her shoulders in a daring star-turn.  The soundtrack is perfect, the production design elevates the whole film, and the casting of its ensemble is impeccable. Not for all tastes (fair warning), and that’s why it’s so damn good. My choice as the very best film of the last year.

Synopsis: Nothing in Cassie’s life is what it appears to be — she’s wickedly smart, tantalizingly cunning, and she’s living a secret double life by night. Now, an unexpected encounter is about to give Cassie a chance to right the wrongs from the past.

ONE NIGHT IN MIAMI

(If you love Regina King)

Vincent Georgie: Regina King’s career as an actress has blown-up the past few years, and it was not a moment too soon. This film now marks King’s first turn as director. Rest assured, her significant talents in-front of the camera have transferred beautifully behind-the-scenes. The film is a polished entertainment, and well-acted by an appealing cast (HAMILTON star Leslie Odom Jr, in particular).

Synopsis: On the night of Feb. 25, 1964, in Miami, Cassius Clay joins Jim Brown, Sam Cooke and Malcom X, and they discuss the responsibility of being successful black men during the civil rights movement.

(If you want your heart to swell)

Vincent Georgie: I teared up many (many) times watching this film, primarily because of the undeniable sincerity and charisma of its subject/star. The documentary is straightforward and simply told, basic even. The film needs no bells and whistles when you have a life story so profoundly touching, inspiring and moving. You will be happy that you now know about Lizzie.

Synopsis: Lizzie Velasquez, who suffers from a rare medical condition that renders her unable to gain weight, becomes a motivational speaker and anti-bullying lobbyist.

From his quiet intensity to his movie-star handsome looks, Ontario-born Gosling is impressive for his acting range. Take a look at his Oscar-nominated breakout role way back from WIFF 2006, up to his under-seen 2018 turn as astronaut Neil Armstrong.